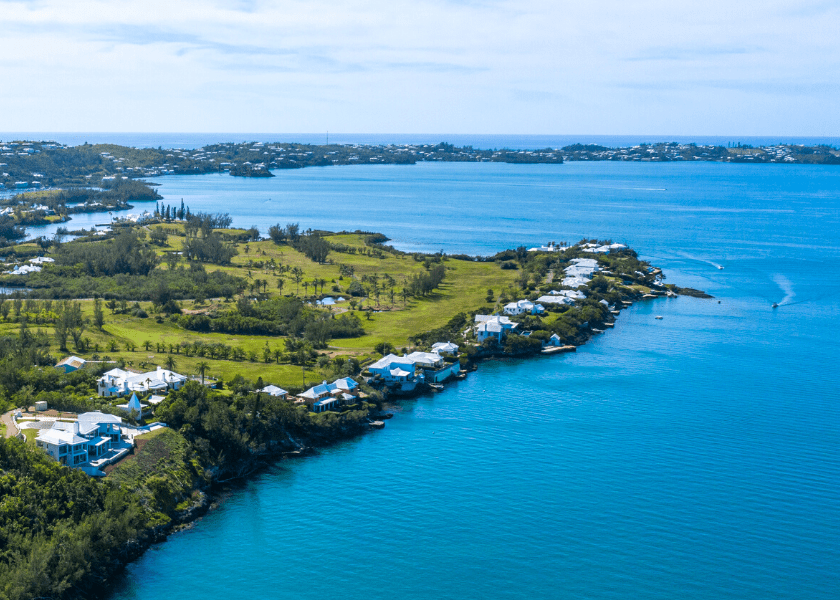 A New Era for Riddell’s Bay

When the newly developed Riddell’s Bay Gardens and Nature Reserve opens towards the end of this summer, it will be home to the largest park and nature reserve in Bermuda at approximately 64 acres. It is a place where people can exercise, walk their dogs responsibly, ride their bikes or simply take in the many panoramic views from one of the lookout points or seating spots. 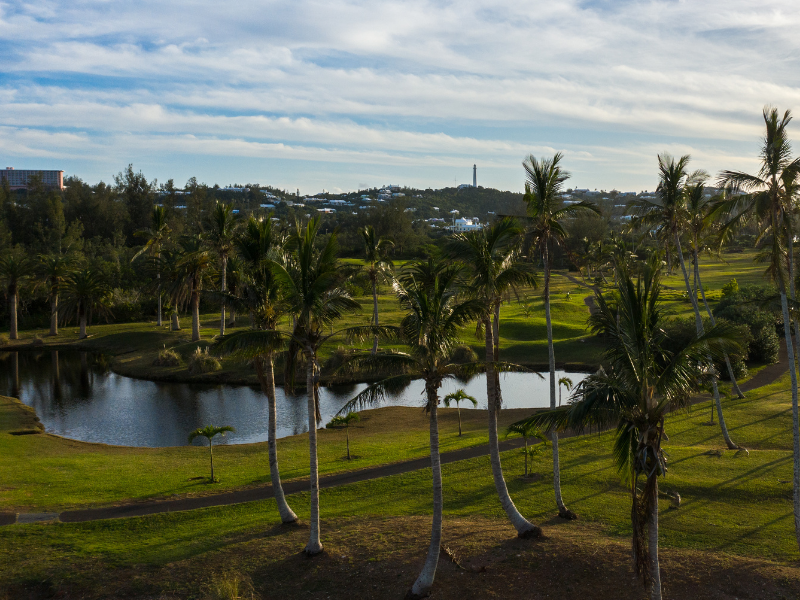 The 64-acre park will feature an outdoor amphitheater. The nature reserve was developed with the advice of conservationist Dr. David Wingate.

Open to the public from Wednesday to Sunday, the 64-acre park area includes a long and winding footpath through the entire property. Close to the former clubhouse is a new open-air amphitheatre and cedar grove, and to the west is the 18-acre nature reserve, which will be accessible by appointment as a way to protect the wildlife. The invasives, including casuarinas and Mexican peppers, are being gradually removed and replaced with around 4,000 endemic and native species of trees and shrubs including Bermuda olivewoods, Bermuda cedars, Bermuda palmettos, yellowwoods, bay grapes, black and red mangroves, red mulberries and hackberries, alongside poincianas, numerous wildflowers and other plantings. Conservationist Stuart Hayward has been advising on his vision for the site, and included will be the development of nature trails, which are designed not just to blend in but to look as natural as possible and subtly guide people towards the property’s key features.

Huge boulders from a quarry have been brought in to decorate the elevated path which leads from the new car park. There are alleyways made from columns and pergolas, which will be draped with bougainvillea, whilst a moon gate and other Bermudian features crop up throughout the property. Bluebird boxes can be seen throughout, and repurposed casuarina trees made into benches and seats are dotted around the entire property. In addition, with continued emphasis on sustainability, the owners have ensured that they have made use of the cleared casuarinas as they are chipped and then used to provide the mulch for the footpaths. Julia Kempe, head of sales and marketing for Riddell’s Bay Gardens and Nature Reserve emphasises, however, that the footpaths in the public park create a magical nature trail experience. “Kids, pedal bikes and dogs are all welcome,” she says. “The entire property has been designed with interesting content for all types of visitors.” 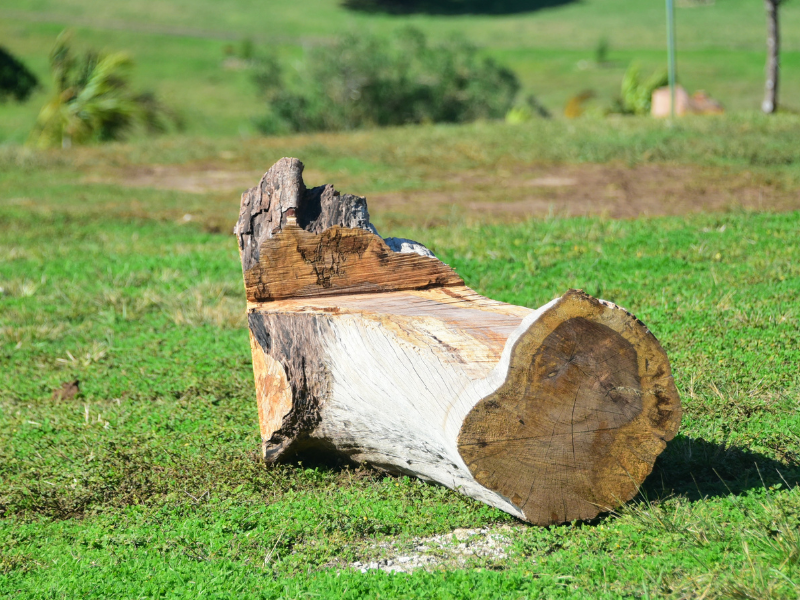 A bench to rest on carved out of a felled casuarina tree’s trunk.

One of the highlights of the new-look Riddell’s Bay is the amphitheatre, which is tucked away in a natural bowl close to the former clubhouse. “The outdoor amphitheatre is going to bring something to Bermuda that we don’t have,” continues Kempe. “This is something new and fresh. Future generations can enjoy what we have and opening this up to the community is exciting.” The design allows for separate rehearsal space as well as areas for smaller performances, and for caterers to set up bar and eating areas. The amphitheatre will be open-air and the plan is for societies to use it for outdoor theatre, music or dance productions. What will become a “cedar grove” has also been planted close by, alongside some existing cedars, and there will also be a giant outdoor chessboard in the vicinity for visitors to enjoy.

To help set the scene, the owners of Riddell’s Bay have donated the area to the 2021 season of the Bermuda Festival. It will be used for most of their main performances, and Festival executive director Cindy Campbell hopes this will be the first of many occasions they use this “unique” location.

For 2021, they have bought a large tent, rated for 90-mile-per-hour winds, and will be using other areas for al fresco dining so audiences can enjoy a full evening of entertainment. “We want to create an experiential atmosphere so you walk in and know you’re some place special,” says Campbell. The landscape at Riddell’s Bay has, historically, attracted a variety of wildlife, particularly birds, and by following the footpath round to the southwest, you will come to the nature reserve, which has been developed with the advice of another famed Bermudianconservationist, Dr David Wingate. He explains that Riddell’s Bay was one of the largest wetland areas in Bermuda adding that “a good chunk of what was golf course fairways was originally low-lying marshland and mangrove swamp.” It was a big area for herons to nest, hence “Heron Bay,” and the area attracted egret colonies. “It’s always been a good place to go bird watching in my time,” he says. 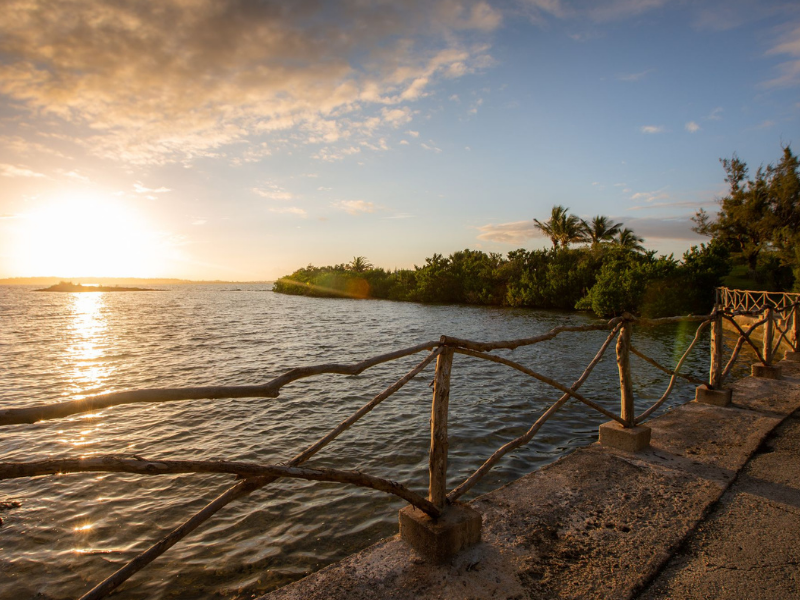 The new footpaths will allow for visitors of all ages and abilities to enjoy the outdoor space, including kids on pedal bikes and persons in wheelchairs.

The large, open fairways of the golf course attracted bluebirds as well as “a host of migratory birds during the fall migration, from August to November,” continues Wingate. He explains that a variety of species of migrant bird come through Bermuda during that time of year en route to South America, such as golden-plover and various long-legged sandpipers. During a hurricane, many of these birds are forced down and they congregated on the fairways. Open, mown areas of the garden and nature reserve should continue to attract these birds.

Other birds attracted to this part of the island are what Wingate describes as “an interesting array of warbler family that migrate through fall and winter here, and kingfishers and yellow-crowned night heron.” The yellow-crowned night heron is a bird reintroduced to Bermuda by Wingate as part of his Nonsuch project. “It was originally here, but was wiped out,” he says. “It actually took very well and it’s nesting all over Bermuda now in the wetland areas, and it, in turn, has attracted the smaller green heron to recolonise Bermuda and both of those are in the Riddell’s Bay area and could become more common if we expand the water habitat.” As with the public park area, the walks through the nature reserve draw people towards viewing spots and seating areas. A moon gate at the entrance, flower-covered wooden archways and a natural-looking stairway give it an almost “secret garden” feel. At the highest point, you can sit and enjoy the view across to Heron’s Island. Access to the nature reserve is controlled and can be booked in advance.

“The difference is that the nature reserve is the lowest touchpoint on the property,” says Kempe. “Everywhere else is open space. This specific area is entirely dedicated to nature.”

As well as sustainability, accessibility has also been important to the development. To that end, explains Kempe, 95 percent of the entire walking site is accessible for wheelchairs. The only exception is a steep part of the nature reserve where there are steps, but there is an alternative route so no one gets stuck. 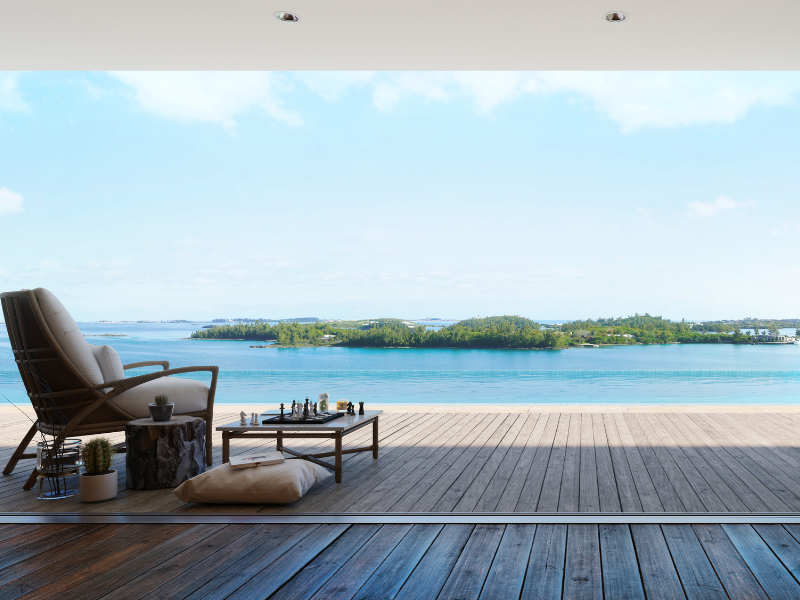 The view from a digital rendering of the luxury residences.

Around the edges of Riddell’s Bay, 18 lots are being sold for single-family homes. Kempe emphasises, however, that this footprint will be limited in terms of impact as the lots are large and will only allow one dwelling unit per site. Following the completion of the project, the land will be held for conservation with no further development allowed. Wingate points out that during the house building, there will be some disturbance, but he is confident that once developed they will have a lot more plant life than they do at the moment. He also adds that in spite of the housing development on the periphery, “the remaining land, is going to be the largest single block of woodland restoration, privately owned, in Bermuda.” In addition to this, he continues, the nature reserve area “is going to be one of the biggest nature reserve preservations privately owned, but available for the benefit of the public.” 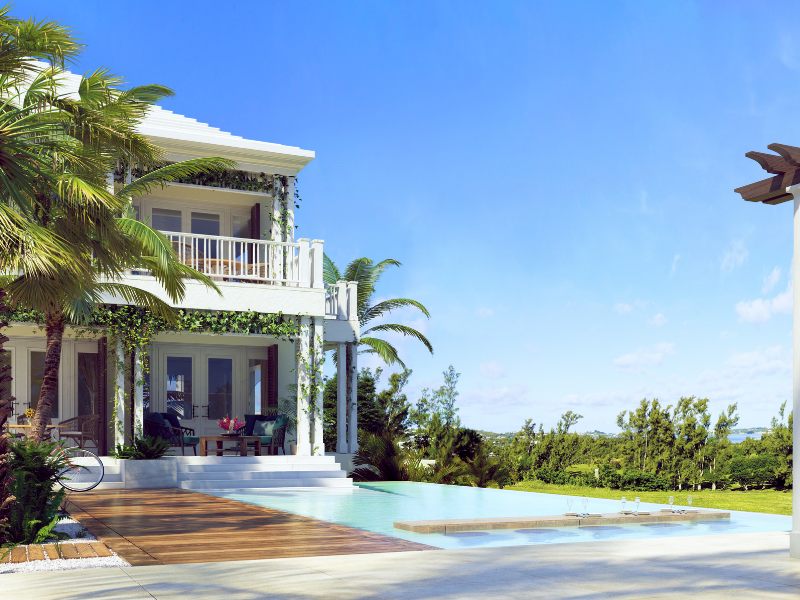 Surrounding the 64-acre park and nature reserve are 18 lots, which are being sold for single-family homes. Once the units are sold, the land will be reserved for conservation with no further development allowed.