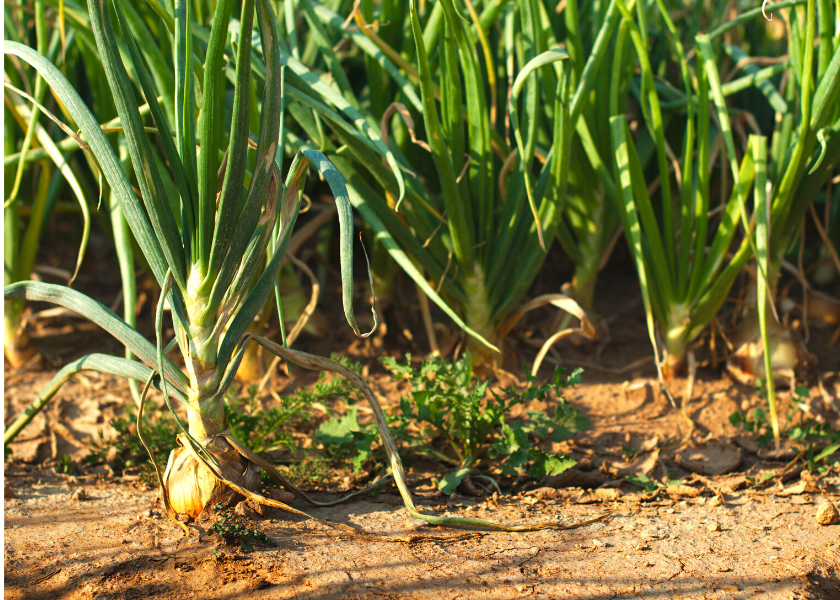 The History of Bermuda Onions

Agriculture had never been an important industry for Bermudians until the 1850s. Before then, settlers were simply trying to survive, tending to a modest amount of crops and livestock in order to transform the barren island into a thriving metropolis. They went through famines, including one in 1789 when Secretary Henry Tucker wrote:

“Our little country never had a more dismal appearance, nor a greater prospect of famine, in the midst of war, than it has of late. Two vessels have arrived with corn and flour and relieved us that much.”

In the 1800s, the immigration of Madeiran and Azorean skilled famers updated Bermudian techniques and caused the agriculture industry to thrive. With them, they bought onion seeds that were more mild, and tastier, than what Bermudians had been growing before. It is believed that there were onion seeds aboard the sea venture, but the later imported seeds, along with rich Bermudian soil and friendly sunshine, yielded the sweet Bermuda Onions we think of today.

In a postcard from the 1930s, the Bermuda onion was characterized thusly:

“It is the flavour of a genuine ‘Bermuda’ that is so different. Maybe it is the sunshine and sea breezes down in beautiful Bermuda or some magic in the soil that is responsible…” 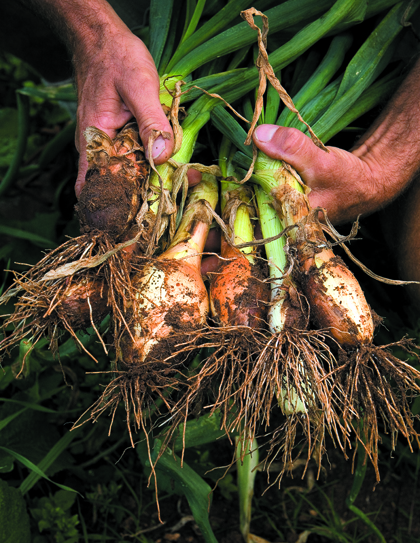 Onions are an extremely versatile vegetable, used in almost all kinds of cooking. They also keep for a long time and are easy to transport, which lead to them spreading in popularity all over the world after armies carried them to new places in order to feed troops.

Though onions were hardy plants, they had to be minded as seedlings because otherwise the delicious morsels would fall prey to birds. Slave children in early Bermuda were often tasked with minding onion seeds, and warding off birds by waving palmetto leaves.

Bermuda was nicknamed The Onion Patch after we began to export crops of onions all over the world by boat – our reputation was to onions then what it is to pink beaches now. This reputation has stuck, and Bermudians have never been prouder of our big, sweet pearls. For their new year’s celebration, St. Georges still drops a giant onion at the stroke of midnight.