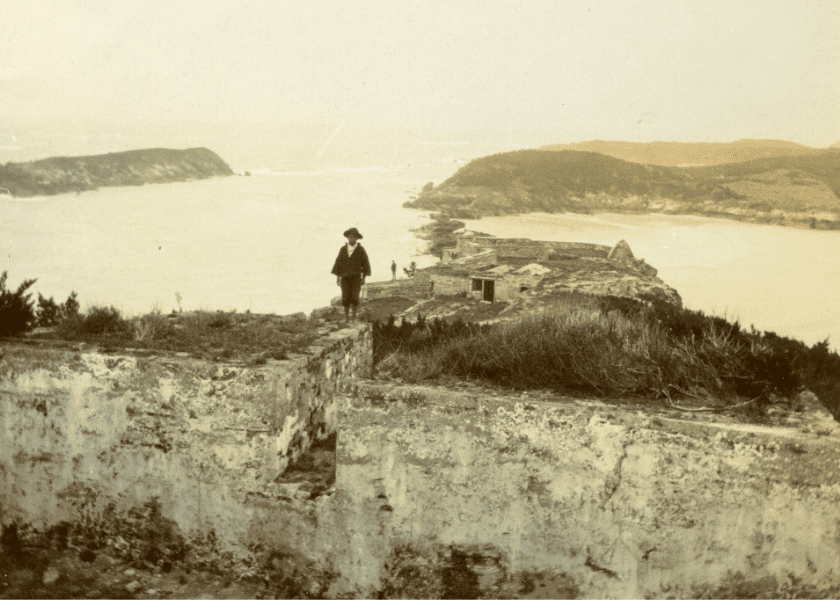 Bermuda Scenes from Way, Way Back When

We dove deep into our archives to find these vintage photographs that display an almost unrecognizable Bermuda. Dirt roads, horse and carriages, and an overwhelming amount of green space make up the vistas of our island from way, way, way back when.

The coach and horses are known as “Tally-Ho” and were driven by Henry King in 1913. The coach traveled several times a week between Hamilton and St. George’s, carrying guests of the Princess Hotel. Kindly reproduced by the courtesy of Mrs. Harry Powell.

Bailey’s Bay in 1854. Print by Thomas O’Brien Mills Driver, an artist who spent over 20 years in Bermuda with his first trip starting in 1814. Photo courtesy of the Bermuda Archives.

Alleyway in St. George’s taken by Frederick L. Hamilton in 1938.

A shot of the old Phoniex Drug Store when it was housed on the corner of Reid and Queen Street.

The Princess Hotel, photographed by Thomas Richardson in 1895.