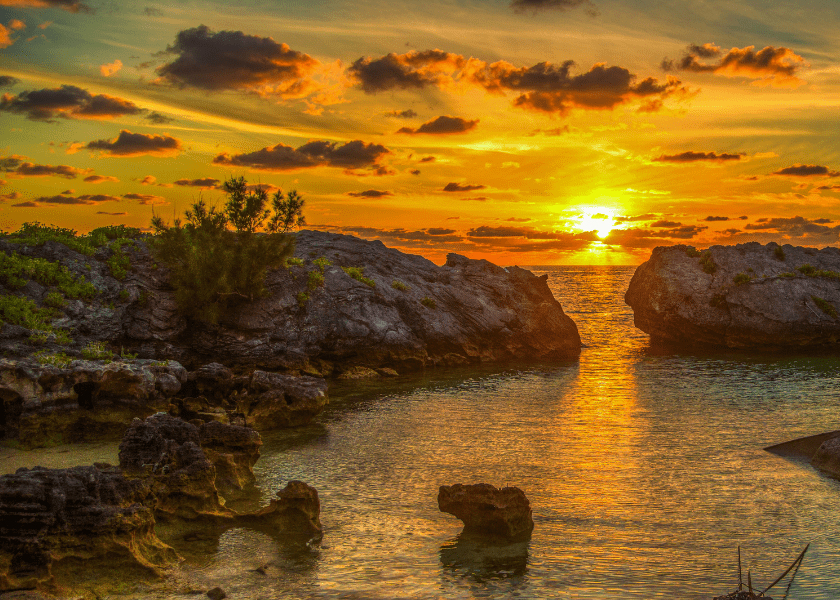 Bermuda, The Isle of Devils?

A lyrical long-form poem about a tragic lone survivor of an early shipwreck off Bermuda’s shores.

Circumstances surrounding the era in which this episode occurred
In the sixteenth century, Spain was pursuing a violent campaign of colonization and plundering decimating the indigenous communities in Central America. The vessels that carried the stolen artifacts and treasures back to Spain developed a shipping route that each vessel in tun had to follow.

Heading East from the mainland (Spanish Main was the term used for all the collective parts of the growing Spanish Empire that were on the mainland of the Americas and had coastlines on the Caribbean Sea or the Gulf of Mexico), they would then sail North through the Straights of Florida to a latitude approximately the same as the Bermuda Isles. Continuing East on this latitude garnered the term ‘making their Easting’ which would put them somewhat near their destination, Spain. Once clear of mainland America and adopting their Eastern run they often relaxed and enjoyed a smooth clear run home, except for a group of islands called the Isles of Devils: Bermuda.

However, as the poem points out, attention was sometimes neglected as the crew concentrated on merriment and not enough on lookout and navigation. Hence, occasionally, disaster was the consequence.

Earlier on, hogs were either introduced to the Islands by considerate mariners or escaped from wrecked vessels. On the one hand, their deliberate placement would augment future wrecked mariner’s food. I prefer to think that they escaped from wrecked vessels. At that time in history, and for years after, live animals were carried for food. Pigs swim well and possibly some made it to shore. Superstition was rampant in those times and the very thought of being wrecked there was mortifying.

Caught up in merriment and thoughts of home,

Too distracted to see moon glow on foam.

Screams in the night, above tempest roar,

No one the hear, on desolate shore.

Lost her treasure to the reef.

No Gibb to warn of dangerous shore,

Terrible scene in days of yore.

She settled. Those that could swim, tried,

Those that couldn’t, just struggled and died.

One lone sailor made it to shore,

Bedraggled, half drowned, he waded ashore.

Alone and stranded, what had fate in store?

“Oh Blessed Mary, to you I beseech,

An island of Devils, dry ground at least.”

Some fruit to his liking, succulent and sweet

Coconut for drinking, fell at his feet.

There, listen!, the Devil’s on the move,

Nights were the worst, strange sound all around.

Searched in vain for source of sounds.

Day and night the Devils seemed to play

Sometimes at hand, sometimes far away.

Might of torment, days no end, sounds of scuffling, snorting, grunting.

He feared he was the subject of the Devil’s hunting.

Amid this verdant hellish canopy.

The survivor grew more fearful, in vain to sleep.

The days were bad the nights a vigil to keep.

To die a proud Spanish Buccaneer,

His wish, not to rot in fear.

Shield me from this band,

I’ll never cause another hurt

To animal or man.”

Better to have drowned than obsessed by Devils.

Glanced out where once his ship each laden,

High on the cliff, he said farewell,

Alas to no witness standing around.

Feel to his death, ah! Free of his Hell,

But wait, what was the sound?

That snort, that grunt, that squeal?

A passel of hogs peacefully rooting yet.