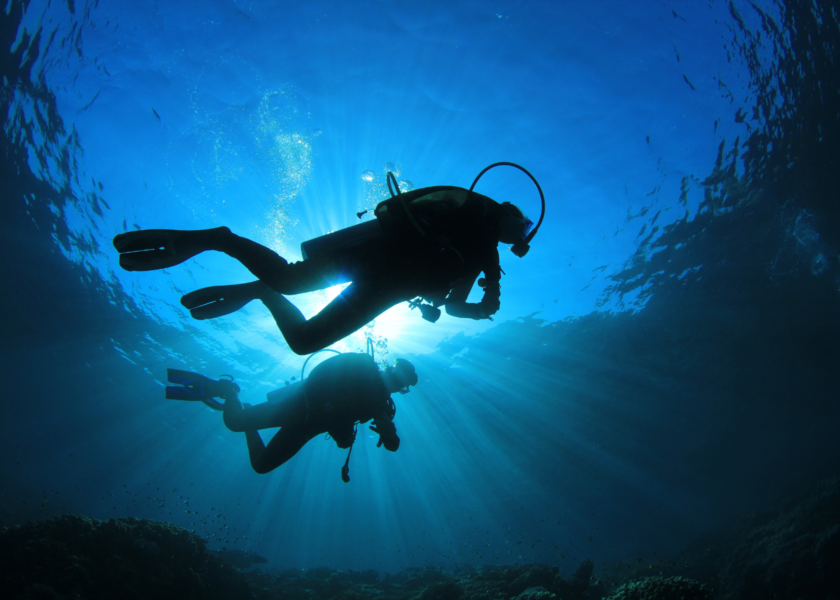 Once dotting the waters in and around Dockyard, the convict hulks, converted hulls of old-world sailing vessels, were, in accordance with their description, a dismal keep. Here, prisoners whittled away their time and their lives.

Men, serving as a labour force for their captors, had little to look forward to other than eventual release at the end of hostilities. Advance freedom only went to those who succumbed to the yellow fever that ran relentlessly through their ranks; death was, as always, a sure way out of bondage, human or otherwise. Many died, more than can be accounted for. Their tragic remains must lie somewhere, covered by the seabed, their restless souls tangled in a pitiful loneliness hundreds of miles away from home. But then, the sea keeps her own counsel and jealousy guards an innate sense of privacy.

Divers Chriss Addams and Mike Davis can tell you what it’s like to search the silt of centuries for artifacts long tossed into a watery resting place. These man-made treasures are only hidden by time until a sharp, trained eye spots hitherto hidden objects to be wrested from their bed, or an unseen companion arrests the diver’s hand, compelling him to look harder through the disturbed sand.

Sinking silently into the awaiting fathoms, the diver feels a certain closeness with the past – it is all still there until these discarded gifts from the times gone by have been restored to a fascinated world above. If you would choose between the dry facts or historic data and the romance of superstition, the latter would hold more sway when aligned with the memory of those who went down to the sea in ships.

When Chriss and Mike dive for the joy of new discoveries, they admit freely that a sense of participation hangs heavy over their shoulders. Sometimes stirring the hackles at the napes of their necks.

“When you feel something akin to a breath tickling your skin and raising the hair on your head in seven fathoms of water, you pay attention,” they say.

“Bubbles hiss and whirl around you causing the eerie sensation of your flesh being touched. You can’t help turning to look in case someone’s there,” says Chriss.

“Someone more elusive than your diving partner that always has to tag along,” adds Mike. “It’s like a form taking shape as the shadows move around you, hidden only by the disturbed waters.

No one is really there – no one that can be seen, yet this invisible force seems to urge the divers to have just one more look before calling it a day – one more dig at a patch of seabed that has been combed over countless times before. What is this strange presence?

Have these prisoners, gone to their eternal rest so long ago, somehow emerged into this filtered underwater silence to be reckoned with again?

Chriss and Mike are never alone down there, for what can’t be seen is felt. In this way, communication works its mystery into the conscious mind of all sympathetic men of the sea, above or below.

It is during these dives that fossils of extreme antiquity come to light. Shells from the Ice Age, carbon dated a few million years old, the heads of small terracotta figurines of Roman Gods once part of a ship’s ballast, all have their place in this historic collection found because of one of those spine-tingling nudges from an unseen companion.