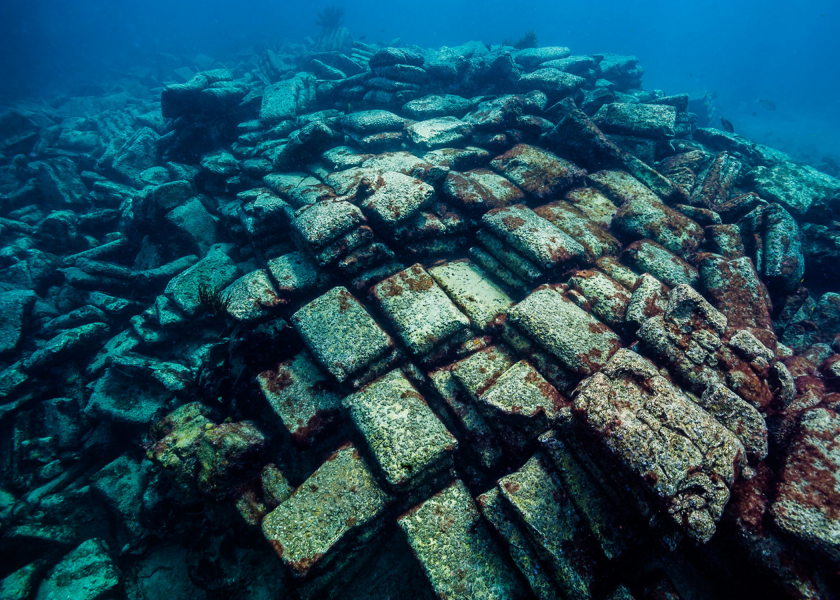 Bermuda’s Most Iconic Wrecks and the Things They Left Behind

Often referred to as the shipwreck capital of the world, the reefs surrounding our island have netted some 300 vessels over the centuries and contrary to popular belief, you don’t have to be a diver to experience them first hand. This summer, take the proverbial plunge and get to know our island’s most iconic wrecks, the treasures they contained and how you can still experience them today.

Today, the Montana lies in 30 feet of water and is a popular dive site among divers and snorkelers because of her large boilers and paddlewheels which are still visible. An interactive 3D model of the Montana can be explored at Bermuda100.

It’s well-known that the wreck of the Constellation served as inspiration for Peter Benchley’s The Deep and while footage of the wreck wasn’t incorporated into the film, audio was. According to the late Teddy Tucker, the wreckage of the Constellation was always moving, which resulted in a constant, spooky groaning noise, which was fictionally attributed to the Goliath in the film but is entirely real.

The Constellation is visited often by divers and snorkelers and can be explored virtually at Bermuda100. Visitors to the National Museum of Bermuda (NMB) can take in a collection of various artifacts from the Constellation, including lead crucifixes and drug ampules containing opium, morphine and penicillin.

In 2011, after a hurricane, a group of underwater archeologists discovered two intact perfume bottles hidden in the bow of the Mary Celestia and after careful analysis of the fragrance, Lili Bermuda was able to recreate it and the scent is available for purchase.

A popular dive site among locals, the Mary Celestia can also be explored virtually in the form of an interactive 3D map at Bermuda100.

One of Bermuda’s oldest wrecks is the Warwick, a brigantine that sank in November 1619 when attempting to depart Castle Harbour with supplies for the desperate settlers in Jamestown, Virginia. The remains of the Warwick were discovered in 1967 by Teddy Tucker and Smithsonian curator Mendel Peterson using a magnetometer, and at the time of discovery was the most complete wooden-hulled England merchantman ever found.