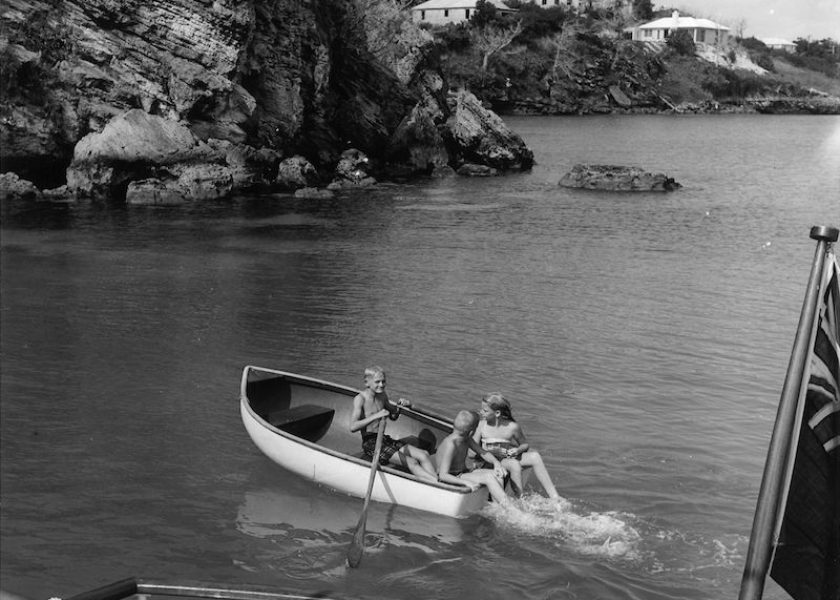 Bermudian Sights You’ve Got To See

How many of these truly Bermudian sights have you taken in?

1. Glow Worms
Glow worms are a classic Bermudian experience, which never seems to lose its wonder. These tiny organisms, often thought of as basic and simple, produce otherworldly pulses of light to aid in their spawning activities.

Female glow worms produce most of the light we see as they swim in circles and release glowing green spirals of eggs. Males use special adaptations in their eyes to see the green light, and release their gametes into the water while letting off a light pulse of their own. The worms are efficient; up to 80% of free-drifting glow worm eggs are fertilized during spawning events.

Some of the best places to watch glow worms include Flatt’s Inlet, Ferry Reach, Higgs and Horseshoe Island, and Nonsuch Island. The worms spend most of their time living in tubes on the bottom, eating microscopic zooplankton. Any protected bay with slow moving water will appeal to the glow worms, so they could be seen at many more locations.

To catch a glimpse of the light show, head out to one of these locations two nights after the full moon and 56 minutes after sunset. The spawning events last for less than 30 minutes. 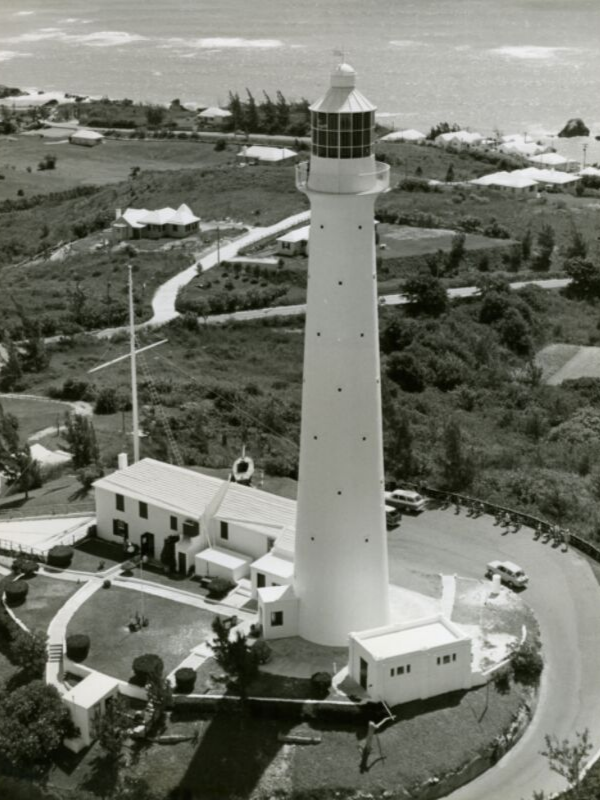 2. The View from Gibb’s Hill Lighthouse
Climbing up the spiral staircase of Gibb’s Hill lighthouse might seem like an activity only for tourists, but locals will enjoy the view too. Unlike the tourists, we actually know what we’re looking at! At the top of Gibb’s Hill, you might be able to spot your friend’s house, or a drive that you always do.

Don’t be put off by the tourist-y atmosphere of Gibb’s Hill – the view from the top is truly spectacular! And standing all the way up there might make you think about the ships who saw the monument’s bright light before being wrecked on our shores. 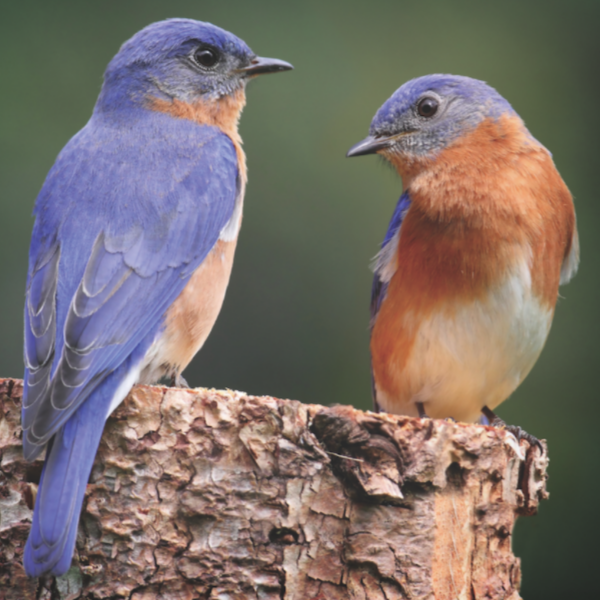 3. Bluebirds
If you don’t have a bluebird box in your yard then you’re missing out! Bermuda is a very important breeding location for the eastern bluebird, but their populations here are decreasing. After settlers arrived bluebirds were numerous, and thrived even more after the first Bermudians began clearing some trees from the island, exposing open pastures for bluebirds to forage for food.

They are outcompeted by the house sparrow for nesting sites, and their numbers dropped dramatically after the cedar blight, which killed many of the trees they depended upon for nesting. In addition, introduced kiskadees and lizards eat bluebird eggs, and rats eat the chicks.

The way Bermudians can help the bluebird is by installing nestboxes for them, which protect them from predators and nest site competition. You can peer into the box and have a look at the light blue eggs, or the cheeping chicks! 15-20 days after the eggs hatch, the little chicks will fledge, but the parents will continue to feed them outside of the nest, which you’ll be able to see from your garden! 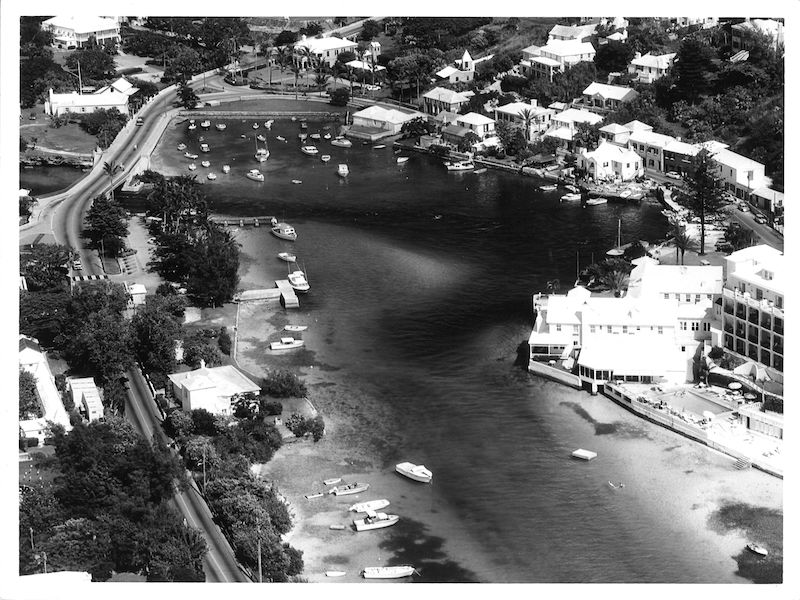 4. Flatt’s Inlet in the Morning
This spectacular view is quintessentially Bermudian – including a slow main road, palm trees, a beautiful little inlet where boats are moored, and a bridge where rays lackadaisically ride the currents. What could be more stunning?

There are many properties around Flatt’s Village and Flatt’s Inlet to watch the sunrise from, and this is a necessity for any Bermudian. 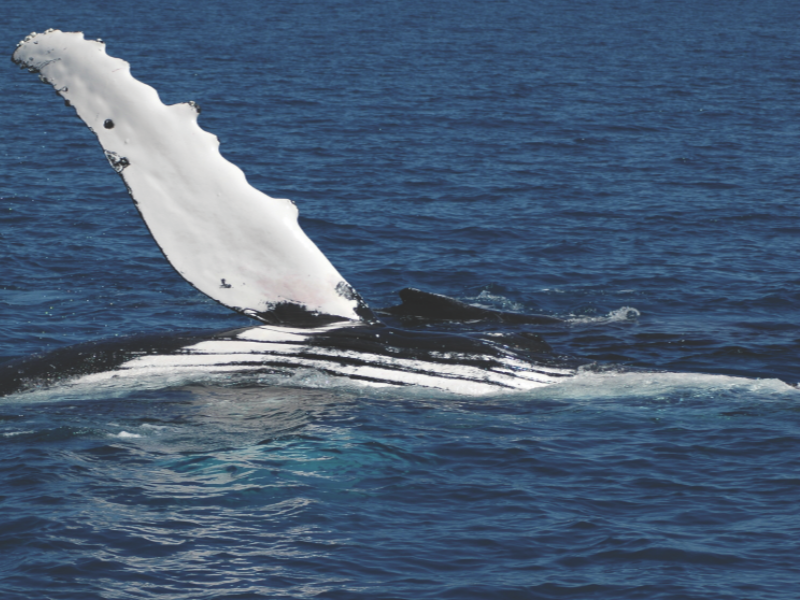 5. Humpback Whales
Whales migrate past Bermuda’s shores in March and April on their way to take advantage of prime feeding locations in the Arctic. The whales have just had their calves in the safer, equatorial waters, but there’s nothing for them to eat there. The calves can survive off of their mothers’ milk, but the mothers have starved for months.

Seeing a whale in the wild is a humbling experience. The gentle giants seem infinitely wise, sensitive, and fearsome. It’s spellbinding to hear the sound of a whale’s breath in the real world, and not on a nature documentary’s soundtrack.

You can watch whales from West Whale Bay with binoculars, or get up close and personal by going on a whale-watching cruise. 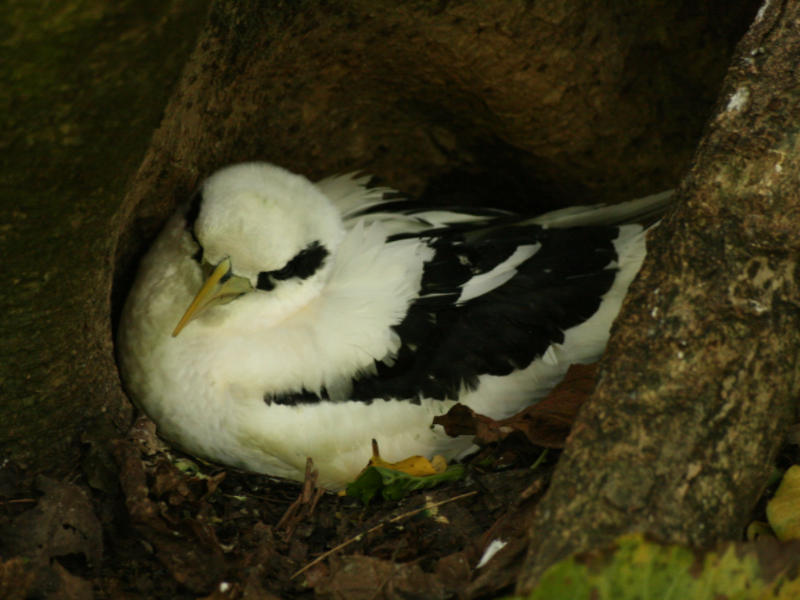 6. Longtails
Longtails appear sometimes as early as February, and stay in Bermuda until August. Most Bermudians have seen the birds wheeling in the sky, where they undertake spectacular aerial mating dances.

The fluffy little chicks take a long time to grow up, and Bermudians might be able to glimpse them at every stage of their life cycle. In August and September they fledge from the nest to go on their first solo hunt after their parents abandon them. At this time Bermudians should keep an eye out for longtails sitting in the water like ducks – if they fail their first fledging attempt, they can’t get up again, and so risk drowning. Any longtail that you think cannot fly should be reported to BAMZ. 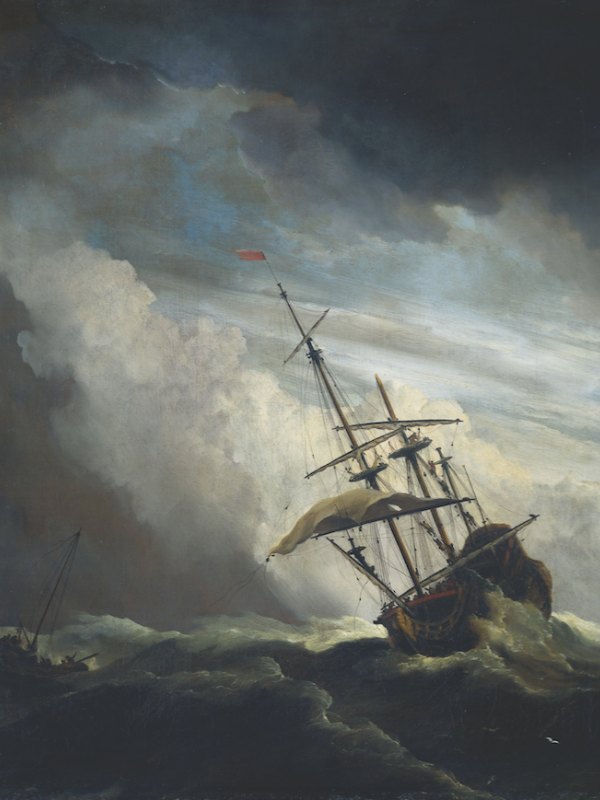 7. South Shore Before a Storm
Bermudian landscapes are known for their swaying palms, pink sand, and tropical vibes – but our tropical storms completely transform them into something equal parts magnificent and dangerous.

Just before a hurricane is set to hit, the sky gets hazy, and the sea changes to a churning grey. Extreme high tides throw water supernaturally high up on the beach, and create huge gullies in the dunes seldom seen. When the sea touches your bare feet now, it feels like it might pull you in.

Be sure to catch a glimpse of the coast before the next hurricane to see an eerie scene, but make sure not to go outside too close to when the storm is scheduled to hit, and take extra care when you’re exploring. 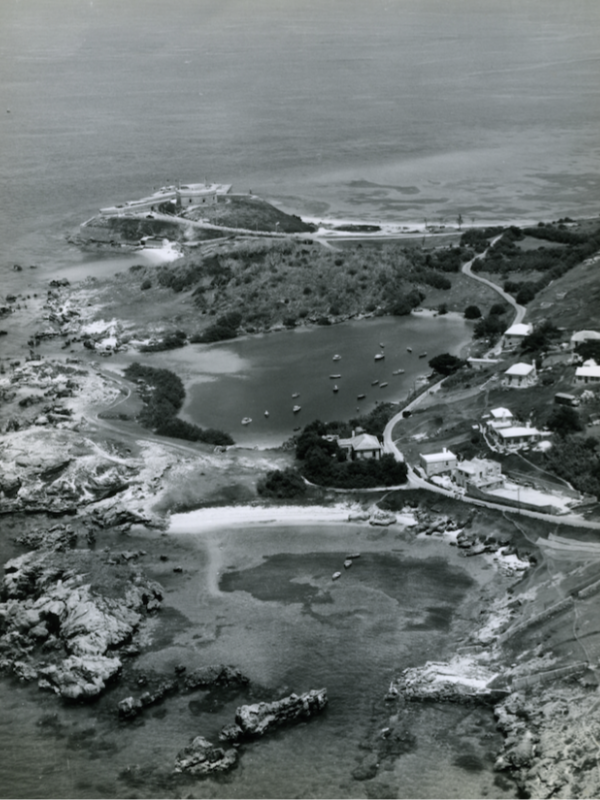 8. Town of St. George
St. George is a town frozen in time that’s sure to impress locals as much as it does tourists. St. George is famous as the first city in Bermuda, settled in 1612 after the Sea Venture’s passengers wrecked on the nearby Fort St. Catherine’s beach.

The streets are narrow, just wide enough to fit a horse and carriage, so much of the town is now a one way system for modern vehicles. It contains some of the oldest buildings in Bermuda, like St. Peter’s Church, the oldest church in the western hemisphere. In 1815, the capital was moved to Hamilton almost overnight and the quaint little town was left as lovely as it was when it was first built.

The next time you have an afternoon free, head down to the old town of St. George. You can partake in local cuisine from Wahoo’s or The Wharf, both right on the water, or take a look at the shops around the town. The little streets are full of little wonders and photo opportunities. 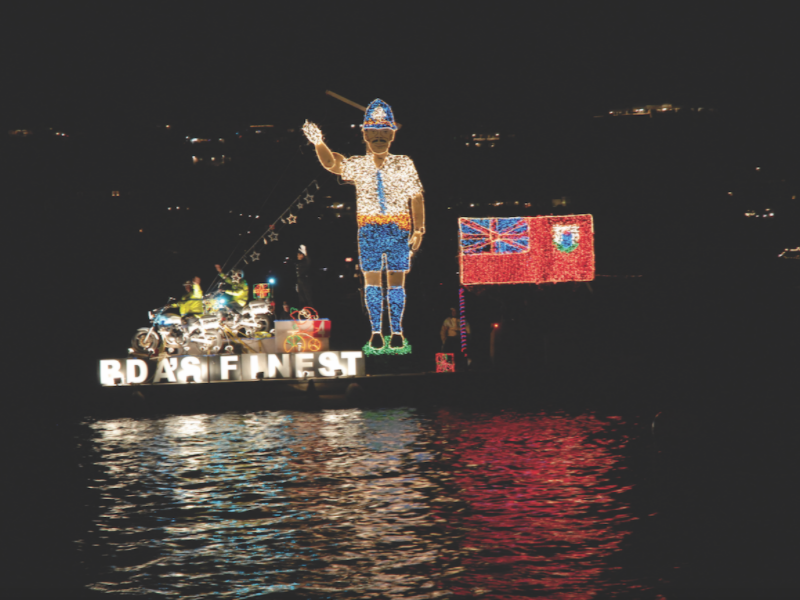 9. The Christmas Boat Parade
Every Bermudian must have spent a freezing cold December evening shivering, even in a thick coat, and getting chapped lips from the wind while watching the boat parade. What could be more Bermudian than celebrating the holidays with a nautical twist?

The boats get dressed up in Christmas lights and finery, and there’s a competition for the most outlandish and impressive designs. Some simply string some red and green lights on the rigging, but others hook up Christmas inflatables, string lights into amazing shapes, and even have costumed crews enlisted to make their vessel shine.

Unfortunately, the parade has been disrupted in recent years due to lack of funds and fireworks, but hopefully it’ll be picked up next year!

10. The High Seas on a Calm Day
Every Bermudian has been to the beach, but have you ever been on a cruise outside the reef line? If you were lucky enough to crew on the Bermuda Sloop, you probably have – but some Bermudians have only been off the island on an airplane.

Outside of the reef line, boats are suddenly in the deep ocean and subject to huge swells. Sometimes the ride can be unpleasant if the seas are rough, but there are a few pristine calm days every year. On these days, the ocean seems like a huge millpond, and the ride is smooth.

You can commonly see flying fish and seabirds, and you might even see something bigger, like a game fish, shark, or whale.