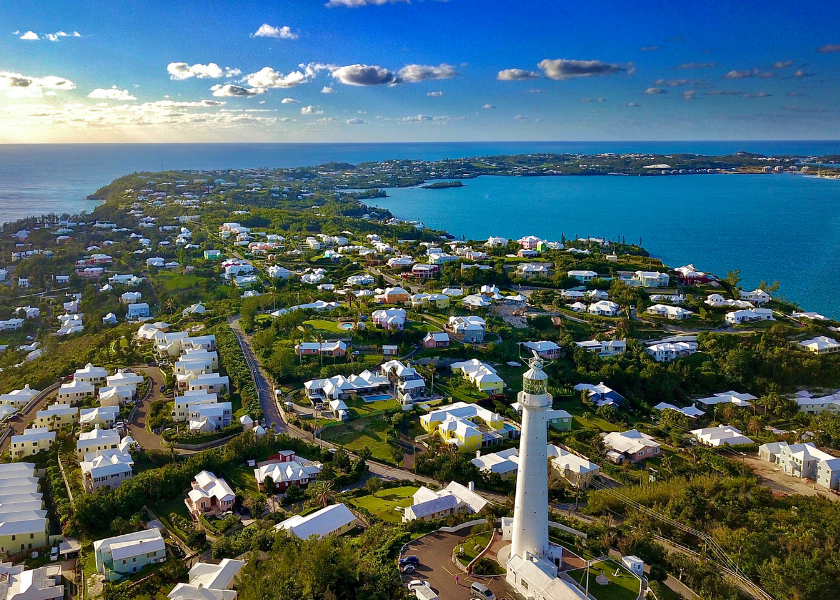 Beyond Our Beaches: 6 of the Most Beautiful Locations in Bermuda

Beauty is abounding in Bermuda but there are some locations that offer even more splendor than others. A feast for the eyes, these 6 places are some of the most beautiful in Bermuda.

1. Harbour Road
Cycle, ride or drive the length from Burnt House Hill, Warwick to The Lane, Paget and take it the vistas of the Great Sound, Hamilton Harbour and Front Street from afar. In the summer months, you can spot young sailors, racing and tacking in their Optimist sail boats and if you’re lucky, you can watch as a cruise ship makes its way into port in Hamilton. Also easily spotted along Harbour Road are well-known and stately homes like Cave House and The Gables.

2. Gibb’s Hill Lighthouse
In the decade before Gibb’s Hill Lighthouse was built, 39 vessels were wrecked in Bermuda’s waters, so it goes without saying that the lighthouse was supposed to make navigation through Bermuda’s constellation of reefs safer. Built in 1846, its beam of light runs 362 feet above sea level. Climbing the 185 steps to the top is an undertaking but the views from the top of the island and the Atlantic are well worth the exertion.

4. The Railway Trail
Running the full length of the island is the Bermuda Railway Trail. It was once the path that the island’s train (lovingly known as the “Old Rattle and Shake”) would run but after the train was decommissioned in 1948, the path was transformed into a trail for walkers, runners and bike riders. The opening of the first four western sections took place on 4th June 1984.  Today, the vast majority of the trails are accessible, and some are even linked by bridges. No matter which trail you choose to enjoy, natural beauty is found in abundance!

5. Somerset Bridge
Known as the smallest working drawbridge in the world, Somerset Bridge links Somerset Island to the mainland and has been around since at least 1620. The bridge itself is quite spectacular and when standing atop it and looking out into the Great Sound or Ely’s Harbour, you can appreciate how important that bridge would have been in Bermuda of yesteryear. If you get lucky and you catch a boat making its way under the bridge, make sure you snap a picture!

6. Heydon Trust and Chapel
This beautiful property is situated in the West End of the island and features 43-acres of private parkland administered by the Heydon Trust. Positioned at the southern end is Heydon Chapel, a very small church thought to have been built in 1620 and offers a striking view of Heydon’s Bay. The property is a bird sanctuary and also an abundance of plants both endemic and native.