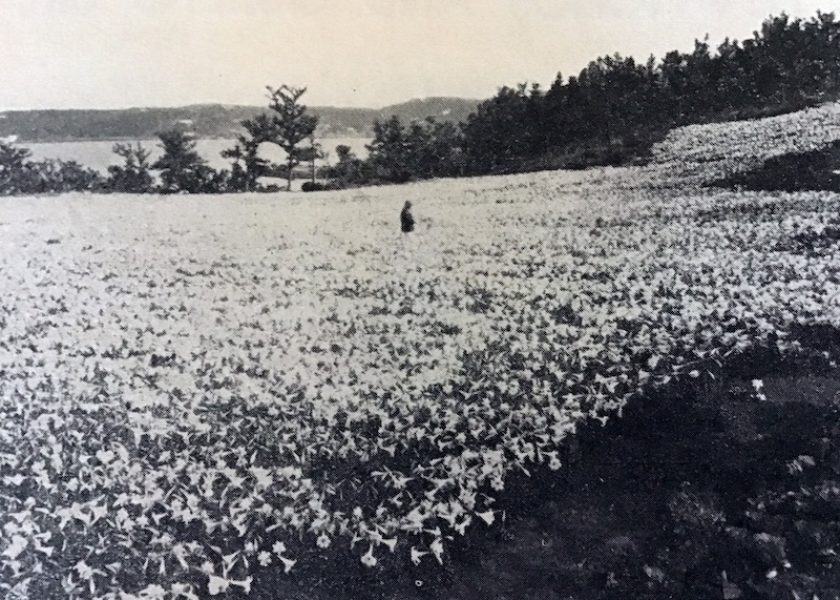 This article was taken from our archives. It first appeared in the April 1949 issue of The Bermudian magazine. It appears here exactly as it did originally.

Every season in Bermuda has its own peculiar charm, but the loveliest of all is April – the month of Easter lilies. Then the roadside fields with their perfumed drifts of white are sights never to be forgotten.

Lily culture in Bermuda is no casual process, but a very scientific and well-regulated industry, and one of long standing.

The correct name of the lily in Bermuda is Lilium Longiflorium, variety of Eximium Baker. It is a native of the Liukiu Islands, south of Japan. It was introduced into Bermuda by way of Belgium in 1872 by W. K. Harris after whom it was subsequently named Lilium Harrisii.

The Bermuda Easter lily has certain characteristics which distinguish it form the other lilies. Among these are the following:

The flower is at right angles to the stalk.

The flower is longer.

The aperture of the flower is oblique.

The six divisions of the tube are longer, narrower, thinner and more completely revolute.
The filaments of the stamens are of unequal length.

The bulb is distinctly conical in shape and bight gold in colour.

It is more precocious when forced.

It is more floriferous.

It is more reproductive; the scales making flowering bulbs in one year’s time.

The true Bermuda Easter lily is grown commercially nowhere except in Bermuda and every bulb that is shipped to us is now guaranteed to be free from disease. In 1902, the Bermuda Easter Lily experienced a very great setback, due to an importation of Japanese stock which was full of disease.

For the last four years, however the fields have been subject to a very careful official inspection at flowering time, in order to eliminate all but the perfect plants. The bulbs, too, are inspected in the packing shed.

The Bermuda lily is finding great favour in England. Some years ago a letter from Sir Arthur Hill, Director of Kent Gardens, wrote concerning lilies grown in the Kent greenhouses: “The bulbs of the Bermuda Easter Lily  are making a magnificent display of flower. The plants are about five feet high and each one carries from eight to ten flowers and they are perfectly healthy and the best lilies that we have ever had in cultivation.”

The period of growth in Bermuda of the Bermuda Easter lily is from October to July. Propogation is entirely by scales and bulbs; mainly the former which are selected from the most vigorous plants. 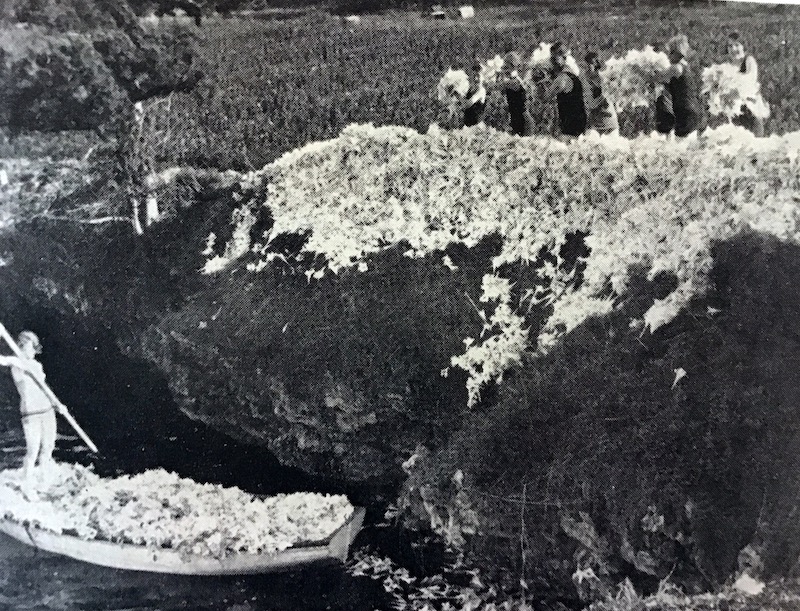 Following the directions for growing the Harrissi in the Northern climates:
The bulbs should be potted up in a rich compost free from fresh manure and the pots watered thoroughly and placed in a dark, cool place protected from frost. Under such conditions the bulbs will root readily. When the shoots are about two inches high the pots should be moved to a greenhouse with a temperature of about 65 to 70 degrees Fahrenheit. The plants should have abundant ventilation and should be watered freely on bright mornings. It will require approximately thirteen weeks from the time the plants are brought into the house till flowering time.