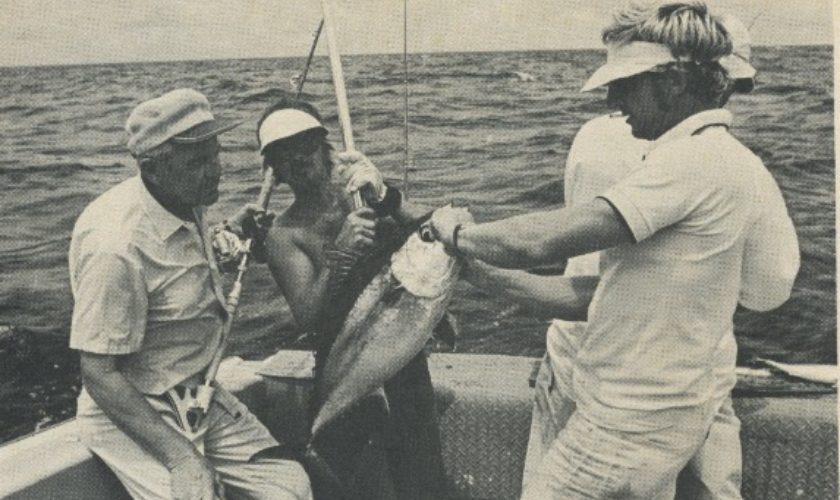 A Brief History of the ILTT

The first International Light Tackle Tournament (ILTT) was in 1961 and grew out of a governmentsponsored tournament between the Bahamas and Bermuda. Author Joe Brooks who was friends with Pete Perinchief and others, formed a team of American Sports Writers to come to the island to fish and then write write about their time here for their respective home town papers thus promoting Bermuda.

There were 4 teams in the first ILTT and originally there were only three fishing days – Wednesday, Thursday, Friday – but anglers and guests would arrive by Sunday to take part in the events before the tournament. Since then the tournament format has varied between three and four days of fishing in June or July.

In the first ILTT 30lb, 20lb and 12lb test was used. In subsequent years the line classes have varied considerably from 8lb test to 20lb test but in recent years just 12lb test has been used, making things considerably easier on anglers that travel to Bermuda to compete in the event.

Comedian Jonathan Winters fished for a number of years and his team won in 1969. In 1982 – to celebrate the 21st running of the event – the American TV network ABC came down to film the tournament for their fishing program The American Sporstman, entering a celebrity team comprising Ernest Borgnine (actor), Lynn Swann (NFL player) and Curt Gowdy (The American Sportsman host), who Joe Brooks had worked with.

The weigh-in of fish was originally at Cambridge Beaches Hotel, then moved to the Newstead Hotel before transferring to the Spanish Point Boat Club. Latterly, tournament HQ has been at Barr’s Bay Park in Hamilton, which allows locals and tourists to see the boats return at the end of each day’s fishing.

Teams have competed from the Bahamas, US, Canada, Trinidad & Tobago, New Zealand and UK. One of the hallmarks of the ILTT is the high number of international competitors who return year after year. William ‘Bill’ Duval from Virginia, USA, competed 30 times, his wife Gene 23 years.

Through the dedication of the Bermuda Anglers Club members and anglers continuing to visit our shores we have managed to reach a milestone with this year being the 50th tournament. And with members like Keith Winter, Francis Patterson and Cindi Pearman the club has a comprehensive collection of records dating back to the first tournament.