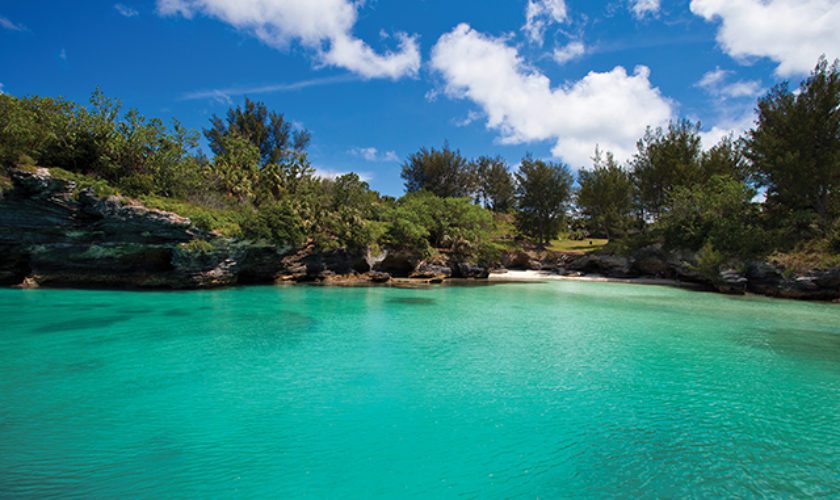 Into the Ocean: Clarence Cove

Once you get off the bus outside the Admiralty House gates, you follow the twisting trail down the rocky hillside until you reach Clarence Cove. There you will find two beautiful sandy little beaches tucked around this lagoon-like inlet of the north shore. Whatever the weather, the water is always calm and always a brilliant turquoise emerald. From the nearby jetty, you have a panoramic view of the north shore. Rather creepily, on one of the beaches is a gravestone dedicated to Charles Francillon, midshipman on board HMS Spartan, son of Mr. Francis Francillon, purser in the Royal Navy, who died April 12, 1813, “in the sixteenth year of his age.” He probably succumbed to a yellow fever outbreak.

For many years, the beaches were private because they were part of the British Admiralty House property where once commanders-in-chief of the America and West Indies Station lived in a mansion, now demolished. Apparently, some admirals and officers’ wives would hold genteel tea parties in a neighbouring cave. But when the British military left, the whole estate eventually became a public park, to the huge benefit of Bermuda.

When the children are in school, these beaches are quiet but during summer school holidays they are a favourite spot for children’s camps. So it’s best to arrive before 10 a.m. on weekdays if you want a more peaceful experience.