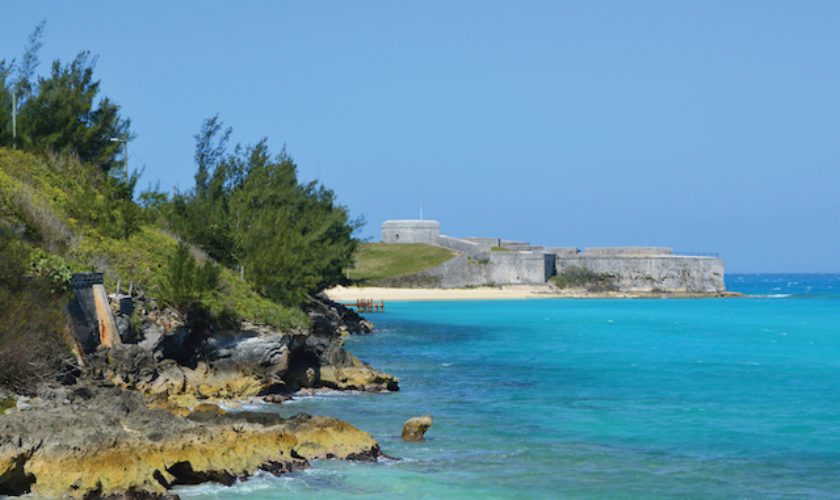 Into the Ocean: St. Catherine’s Beach

For many years this beach was private, used by visitors staying at a nearby hotel, now demolished. But these days, we’re happy to say, it is open to the public. However, it still has a private feel to it since, outside the Town of St. George, it is quiet and secluded. The spacious beach has soft sand with no rocks or pebbles. St. Catherine’s Beach has historic significance since it was precisely here that Sir George Somers and crew rowed ashore after their ship, the Sea Venture, was wrecked on the reef on its way to Virginia. It is said that Sir Thomas Gates stepped ashore and instantly claimed it: “This is Gates, his bay!” Indeed, it is often referred to as “Gates Bay” by older Bermudians. In 2009, it was the setting for a re-enactment celebrating our 400th anniversary.