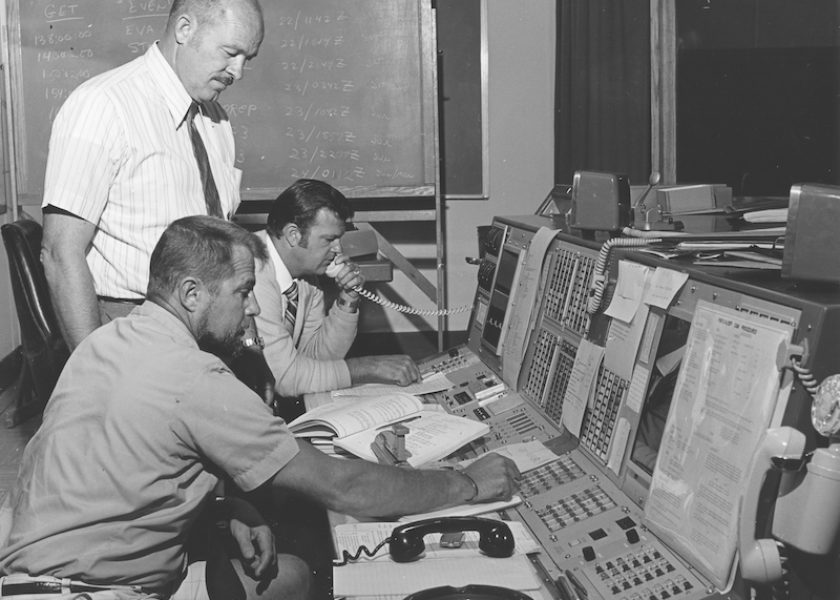 This November, the National Aeronautics and Space Administration rekindled its long-standing relationship with Bermuda, unveiling a $5.3 million renovation project of their Cooper’s Island tracking station, which will be used in the most ambitious goal humanity has ever undertaken: sending astronauts to Mars.

The facility will play a crucial role as NASA and other space organisations around the world look to install a permanent facility orbiting the moon, putting boots on the lunar surface once again, and eventually send humans all the way to the red planet itself.

NASA officials and local dignitaries gathered for the ribbon cutting ceremony on a Monday afternoon at the island nature reserve in early November to commemorate the occasion.

”Bermuda has long been a vital strategic partner to NASA going back to the earliest days of human spaceflight,” said United States Consul General Constance Dierman. “Today’s dedication ceremony further strengthens that partnership in support of NASA’s goals to take the next giant leap in exploration and discovery.”

The site will support tracking, telemetry, and command and control of launches from NASA’s two major launch sites—the Wallops Flight Facility in Virginia, and the Cape Canaveral Air Force Station in Florida.

“Our Bermuda Tracking Station will provide critical launch support for missions from the Wallops and Eastern Ranges as we look forward to sending humans to the Moon and forge ahead to Mars and beyond,” said Sam Scimemi, director of the International Space Station division at NASA Headquarters.

The Space Launch System (SLS) is an American Space Shuttle-derived super heavy-lift expendable launch vehicle. It is part of NASA’s deep space exploration plans including a crewed mission to Mars. SLS follows the cancellation of the Constellation programme, and is to replace the retired Space Shuttle. The NASA Authorization Act of 2010 envisions the transformation of the Constellation programme’s Ares I and Ares V vehicle designs into a single launch vehicle usable for both crew and cargo, similar to the Ares IV concept. The SLS is to be the most powerful rocket ever built with a total thrust greater than that of the Saturn V, although Saturn V could carry a greater payload mass.

“As operations increase from both the Wallops and Eastern Ranges, the Bermuda Tracking Station will continue to provide integral range services, such as tracking and telemetry, to meet the needs of government and commercial sector access to space,” said Bill Wrobel, Wallops director.

With the development of space-based tracking systems, NASA closed the Bermuda Tracking Station in 1997. NASA signed an agreement in 2012 to reestablish the Bermuda Tracking Station with the commencement of commercial cargo resupply missions to the International Space Station, initially using mobile range tracking and telemetry instruments. The agreement has since been extended to 2026, and the range instrumentation is now part of a permanent facility on Cooper’s Island Nature Reserve.

In addition to launch activities, Bermuda has actively participated in NASA’s Global Learning and Observations to Benefit the Environment (GLOBE) programme since 2014. GLOBE is a worldwide hands-on primary and secondary school-based science and education programme that aims to inspire the next generation of global scientists through research in environmental and Earth system science.

PROJECT MERCURY
NASA began tracking operations in Bermuda in the 1960s in support of Project Mercury—the first US human spaceflight programme, which ran from 1958 to 1963. It was America’s first big attempt at winning the space race, with the goal of putting a man into Earth’s orbit and returning him safely, before the Soviet Union. Though project Mercury was originally handled by the US Air Force, the newly formed civilian space agency NASA eventually took the reins, conducting 20 unmanned flights (sometimes using animals) and six successful flights by astronauts.

In May of 1961, assisted by the Cooper’s Island tracking station, astronaut Alan Bartlett Shepard, Jr. became the first American in space by making a suborbital flight. Once Mercury was over, Shepard continued on into the Apollo programme and was the only Mercury astronaut to walk on the moon.
But Bermuda’s hand in NASA’s accomplishments didn’t stop there. The Cooper’s Island facility helped with further projects and operations well into the era of the Space Shuttle programme, including the Apollo programme.

APOLLO
The Apollo programme, also known as Project Apollo, was the third US human spaceflight programme carried out by the National Aeronautics and Space Administration (NASA), which accomplished landing the first humans on the moon from 1969 to 1972. First conceived during Dwight D. Eisenhower’s administration as a three-man spacecraft to follow the one-man Project Mercury which put the first Americans in space, Apollo was later dedicated to President John F. Kennedy’s national goal of “landing a man on the Moon and returning him safely to the Earth” by the end of the 1960s, which he proposed in an address to Congress on May 25, 1961. It was the third US human spaceflight programme to fly, preceded by the two-man Project Gemini conceived in 1961 to extend spaceflight capability in support of Apollo.

Kennedy’s goal was accomplished on the Apollo 11 mission when astronauts Neil Armstrong and Buzz Aldrin landed their Lunar Module on July 20, 1969, and walked on the lunar surface, while Michael Collins remained in lunar orbit in the Command/Service Module, and all three landed safely on Earth on July 24. Five subsequent Apollo missions also landed astronauts on the moon, the last in December 1972, with 12 men walking on the moon in total.