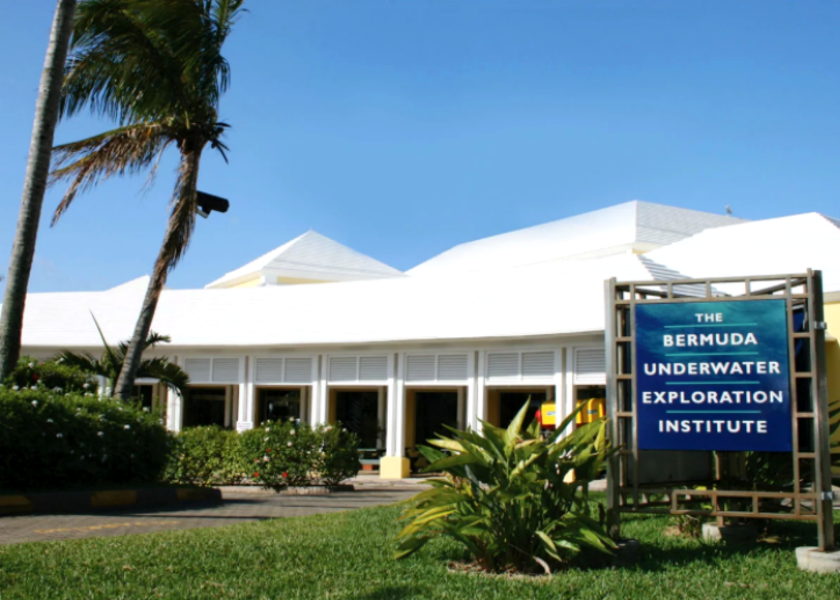 The BUEI, which stands for the Bermuda Underwater Exploration Institute, is a favourite attraction for locals and visitors alike. Its mission is to promote a better understanding of oceans and seas and their importance to our planet.

The idea for this new museum-type of institution was first conceived in 1990, and the BUEI finally opened seven years later. Improvements and additions to the museum came with time, including the introduction of the train to serve cruise ship passengers in 1999, the launching of the museum’s phase 2 exhibits in 2000, a Teddy Tucker Marine Education Scholarship announced in 2002, and many other new exhibits, camps, lectures, and tram tours since. You’ll also find it to be a unique venue for special events as well as the location of popular seasonal markets throughout the year.

William Beebe is one explorer highlighted in the BUEI. Beebe conducted an impressive deep-water exploration off Bermuda in his tiny bathysphere in the 1930s, thus opening the world of the deep sea to explorers in much the same way rockets pioneered space exploration 30 years later. A full-size reproduction of Beebe’s original bathysphere – a primitive, five-foot diameter diving tank – can be found at the BUEI.

Another marine scientist highlighted at the BUEI is Bermudian Teddy Tucker, perhaps most famous locally for his discovery of the Tucker Cross, a spectacular emerald and gold cross found inside a 1595 Spanish shipwreck off the reefs of Bermuda. When Tucker discovered the cross in 1955, it was considered at that time to be the most valuable artefact ever found in the Western Hemisphere. A replica of the cross is on display in an exhibit on shipwreck treasure at the BUEI, as the original artefact mysteriously went missing more than 50 years ago and was never recovered.

The museum also offers a seven-minute educational dive experience, a seashell collection, and exhibits about the Bermuda Triangle, local shipwrecks, and an interactive ocean display. Additionally, the BUEI runs various events in their lecture hall throughout the year including independent and educational movies and lectures from scientists. The Harbourfront Restaurant also makes its home at the BUEI and is open for lunch and dinner.