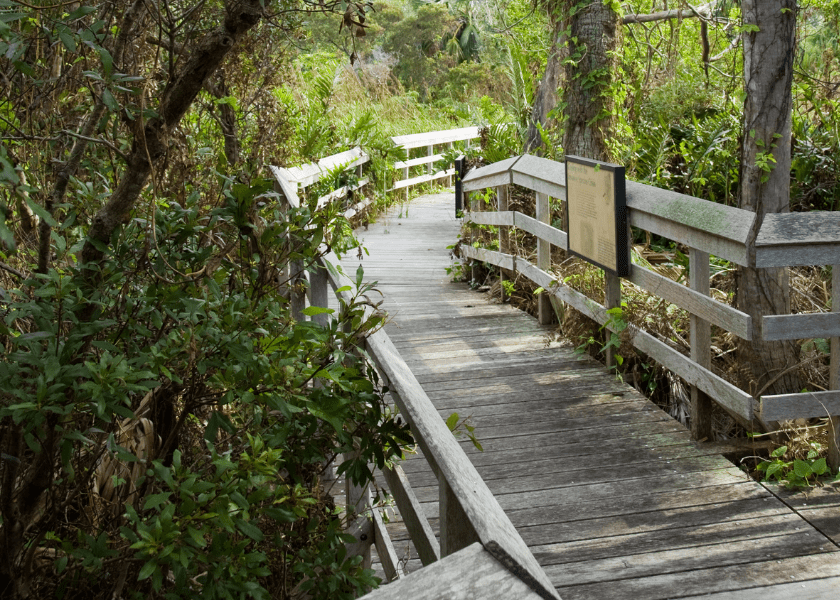 One of the best places to see what a pre-colonial forest in Bermuda looked like is the lush and leafy Paget Marsh. Maintained by the Bermuda National Trust and the Bermuda Audubon Society, this 25-acre nature reserve in Paget is the best-preserved freshwater marsh on the island and remains much like it was when settlers first arrived in Bermuda.

Though only a small island, Bermuda’s habitats host an incredibly diverse range of species. Unfortunately, many habitats not seen as attractive or beneficial to humans have been neglected, and none more so than the freshwater pond, many of which were filled in during the 1920s-70s. These ponds have a layer of peat on the bottom (that gives them their characteristic funk!), which prevents water from draining away and provides the opportunity for various birds, fish, and plants to survive.

Paget Marsh is very important because as one of the remaining inland freshwater ponds in Bermuda, it supports populations of toads, killifish, and waterfowl. Unfortunately, its position makes it highly susceptible to pollution by road run off.

It was refurbished in 1998 and now sports a 400ft boardwalk through the marshy land, allowing visitors to get up close and personal with pond and mangrove habitats.

Paget Marsh is one of the few brackish ponds left in Bermuda that has remained relatively fresh. While the pest-controlling cane toad can live in salt water for short periods, they need to be able to breed in semi-fresh water, making Paget Marsh an invaluable habitat for them.

The cane toad is the only species of toad found in Bermuda. Captain Nathaniel Vesey originally brought them to Bermuda in order to control garden insects, since there were no native amphibians in Bermuda. He had about 24 sent to him from Guyana and released them in Devonshire in 1885. The toad did what it was introduced to do – eat large numbers of cockroaches, as well as other undesirable garden insects like centipedes. A study done by the Bermuda Zoological Society over the last 20 years showed the cane toad population is declining, resulting in a more recent boom in pests such as centipedes. Habitats like Paget Marsh are essential for the toads’ preservation.

Paget Marsh is located in Paget just off Middle Road and only about 10 minutes from the city of Hamilton. There is no fee for admission.