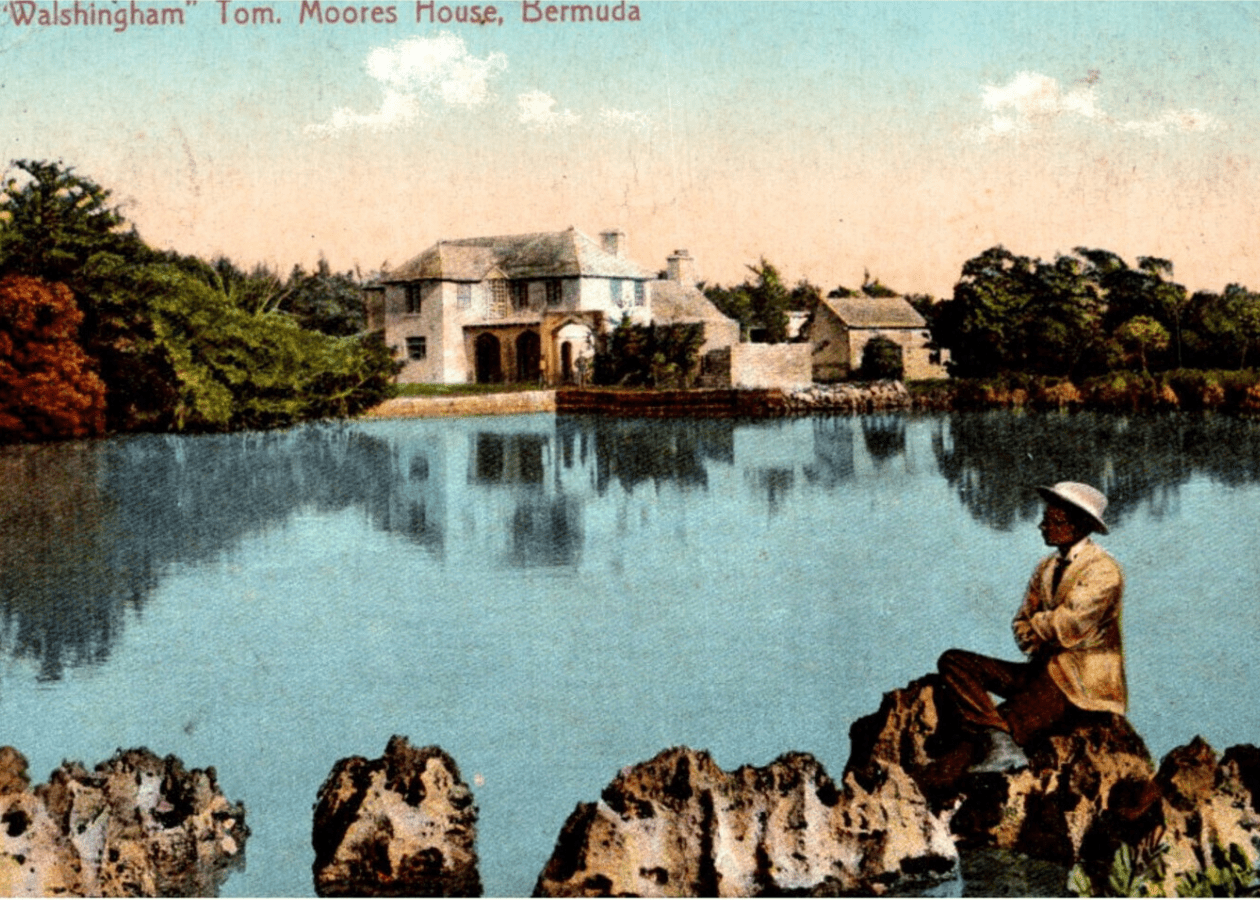 Thomas Moore, a sentimental and romantic Irishman, penned these lines during the few months he lived in Bermuda over 200 years ago. His name is now long memorialised by a restaurant at a property in Hamilton Parish which was once his favourite local haunt and believed to be where he wrote many of his Bermuda poems.

The building that is now Tom Moore’s Tavern was built in 1652 as a private home for Robert Walsingham, the coxswain of the doomed “Sea Venture” in 1609. It was known as Walsingham House at that time. When Moore came to Bermuda in 1804 as Registrar of the Court of Vice-Admiralty, the property was owned by Samuel Trott. It was so impressive in British Bermudian colonial architecture that a replica of it was built at Wembley, London, for the Empire Exhibition of 1924. The house was a tavern for 75 years before it was restored and reopened as a restaurant with the “tavern” retained.

The Walsingham property around the tavern is now known as the Walsingham Nature Reserve – or more commonly as Tom Moore’s Jungle – and boasts wooded grounds, mysterious caves and tiny sparkling lakes.

Called the “true poet of Bermuda”, Moore wrote not only about the island’s beautiful scenery but also romantic odes to a woman called Nea, identified as Hester Louisa Tucker of St. George’s. Moore’s affections were unrequited as Hester was the young wife of William Tucker. In fact, the calabash tree to which Moore referenced in his poetry still exists about 200 meters from the tavern, and this is where he began his friendship with Nea.

Tom Moore’s Tavern is Bermuda’s oldest restaurant and well known around the island for its fine dining and superb service. It exudes old world charm and the spirit of Bermuda. The surrounding Tom Moore’s Jungle is available for exploring without charge, and it is a beautiful example of how Bermuda once looked.