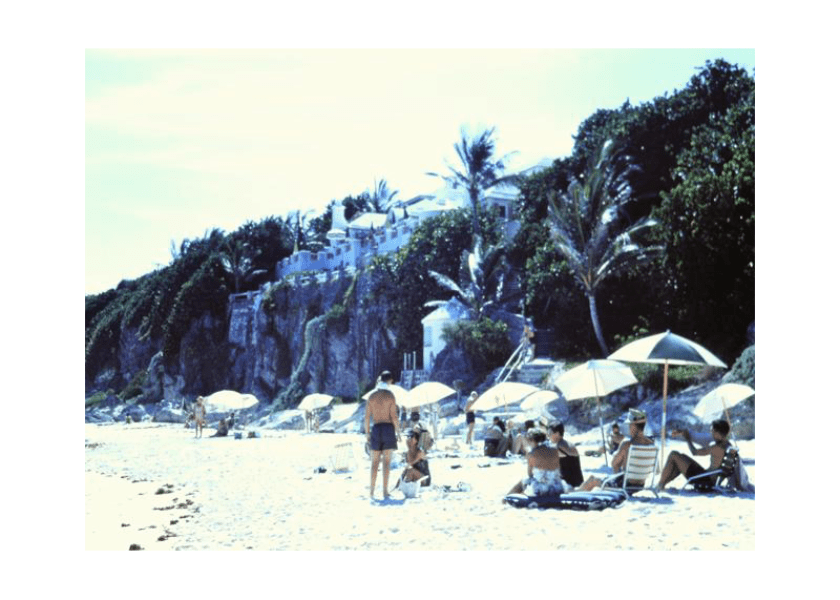 Recollections from a Reader: The Coral Beach Club

Situated on the South Shore, on one of Bermuda’s best stretches of beach, it was a good a place as any to spend the summer. The pay wasn’t great, but I got a free gourmet lunch every day, the same as the guests, and on some days, I could collect as much as $60 in tips. 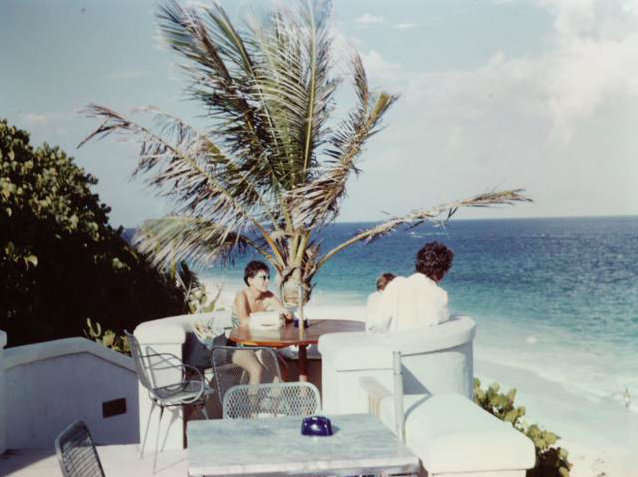 The Coral Beach Club, was one of Bermuda’s most prestigious resorts, which consequently, attracted the well heeled and famous of New York, who tended to be generous tippers, just for setting up their sun beds and umbrellas on the beach, that I would have to retrieve at the end of each day.

I had my own beach house, with it’s steeped white washed roof, where I could watch the proceedings and the weather, that could suddenly change and for the worse, as the hurricane season approached in late summer. Cartwheeling umbrellas could be lethal and hard to stop. 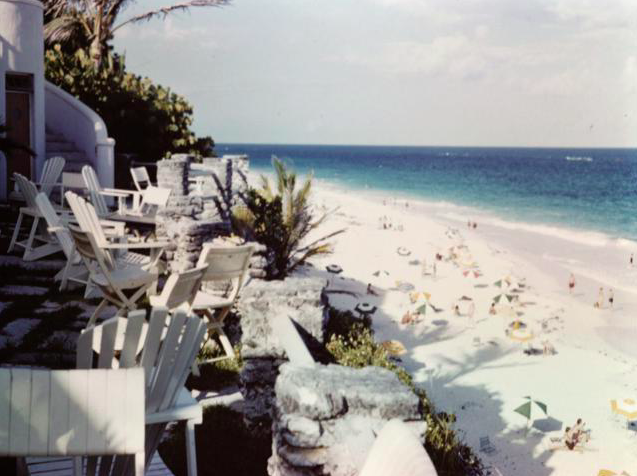 Occasionally, if a female guest was on her own, after setting down her sun bed and umbrella on the sand, they would ask me to rub coconut oil on their backs. I am not sure who was the more indulged, from this somewhat symbiotic activity.

My best tip, was when a guest in a frantic state, asked me to rescue her two teenage daughters, who had got stuck out on the reef on a lilo, which was about a quarter of a mile off shore. On reaching them, they were not exactly in any distressed state, however on returning them safely to the shore, a much relieved mother, rewarded me with a $100 tip.

That summer passed pleasantly enough. My long hair then, had become cotton white from the sea and sun, and my tan was a deep chestnut brown. By the end of the summer, I certainly looked the part. There were some days, that the pink sand was so hot that it would burn your feet. Some of the guests, despite their obvious wealth, even expressed envy at my job.

I think though, in recalling this, that I made the most of this experience at the time.

I am glad now, in my diminished state, compared to then, that I did. 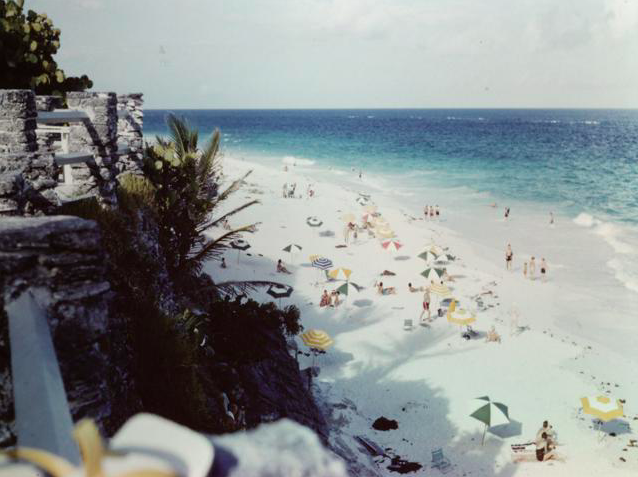 Roger Knight was born in Bermuda where he spent much of his childhood, later returning in 1978 where he worked at St. Brendan’s hospital as a psychiatric nurse. He now lives in Fife in Scotland and continues to write about his travels.
The images were originally taken by his father Michael Knight, who worked in Bermuda for Cable and Wireless from 1948 and had three tours of duty there, culminating in the communications support which he provided for the Apollo moon missions in 1968/9 based out of St. Georges. The painstaking conversion from photographic slides to a digital image was done by Michael Knight’s younger son Paul Knight.