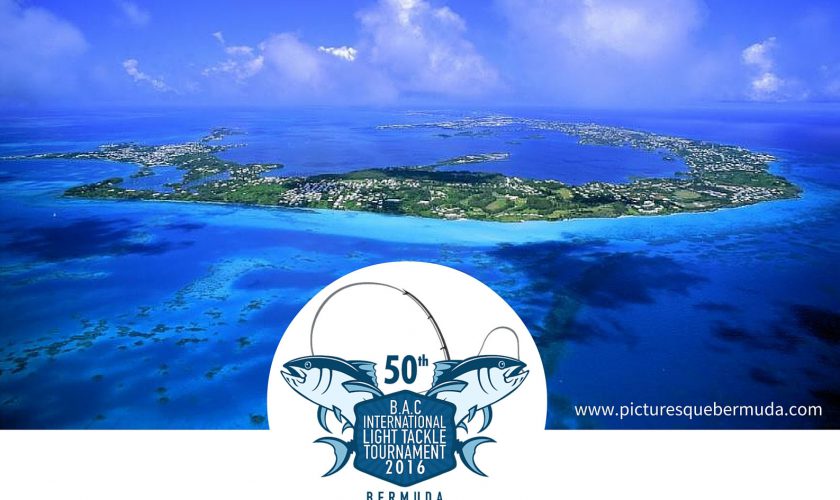 Reflections of the ILTT: celebrating 50 years of fun, fishing and friendships.

Crayton Greene first fished the International Light Tackle Tournament in 1968 for Bermuda Anglers Club and the team won.  In all he fished twenty-eight times over five decades, winning six times. His last tournament was in 2006, on team Thumbs Up with his good friends Bill and Gene Duval.

I was honoured and delighted to spend a wonderful spring Sunday morning with Crayton as I collect memories from members and anglers to commemorate 50 years of the ILTT. His daughter, Shelly and their family friend, Niel Jones, helped me delve into the archives and share stories of years of Bermudian hospitality. We were all enchanted as Crayton, now 86, shared his memories, stories and high-lights of a fishing tournament very close to his heart. One that he hopes will continue with its legacy and inspire a new generation of anglers.

THE JEWEL IN THE CROWN
Historically, the invitational International Light Tackle Tournament was hosted by the Bermuda Department of Tourism and was considered its jewel in the crown of fishing tournaments.  “It was a very, very prestigious tournament to be able to fish. We carried a pretty darn good reputation and it was revered for its quality, style, hospitality and comradeship. People had a lot in common together.”

FRIENDSHIPS
Connections and knowing the right people can inspire life-long friendships and experiences. “Friendships are very, very important. My friends Stanley Posen, Gene and Bill Duval – we shared the same values, learned and helped each other.”

Another important connection and friendship was with Peter Perenchief, who at the time was head of Fisheries and the Department of Tourism. “Pete brought the prestige and inspired the fantastic people who would enjoy our hospitality over 10 days.” In 1982 – to celebrate the 21st running of the event – the American TV network ABC came down to film the tournament for their fishing program and also entered a celebrity team comprising Ernest Borgnine, Lynn Swan and Curt Gowdy.

Anglers travelled from all over the world and talked fishing. “It made me feel kinda good. That was what we were there for. It was interesting to hear the adventures of fishing elsewhere. There was unbelievable compatibility between the competitors over the years. Everybody would bust their sails to fish our tournament. That made us proud. It was a stepping stone for me to visit a lot of other fishing clubs.”

TUNA:  “I am not world qualified, so I cannot say it is the best in the world, but it is unbelievable and challenging.” Crayton has caught big tuna on 12lb test. “You had better believe it. I and a lot of other guys have caught fish (tuna) here that were exceptional.”

“Fishing here, with the challenges of everybody else’s line, another fish cutting you off, the risks of fishing, the failure of being over zealous. Some of those fish…. A lot of fish smarter than me would have got away.”

“We had good Captains, and mates. You learn the quality and value of lines and what they do for you, and then it depends on luck to help catch them.”

“Old or young, if you have a desire to catch a fish, all it takes is ability – and a fight to the end.”

AMBERJACK: Crayton was twenty years old when he arrived in Bermuda in 1950. “When I first started fishing in Bermuda my knowledge was not very broad. I thought a simple way that I would be able to fish was deep water fishing, catching fish I thought I had some ability with.”

“My first Bermuda catch was more than likely a barracuda or wahoo. In my early days I fished quite a bit for wahoo.”

When asked about amberjack, Crayton submitted, “Amber is probably one of the hardest fighting fish you will ever catch”. Despite this, fishing for big amber and bonito (almaco jacks) became Crayton’s forte: “It became my specialty.”

THE ONE THAT GOT AWAY
“It was a sloppy day. A 12lb test line down deep came tight and I eventually worked the fish all the way to the surface. You really don’t know what you have hooked until you see it. You can waste a lot of time catching a shark.” The tell-tale sign or being able to distinguish between an amber and a shark takes skill and experience. “The action of the fish can sometimes tell you what species it should or could be.”

It took 3 ½ hours of playing the fish on 12lb line before he got it to the surface. The conditions were rough. Bill Duval and Crayton could see it flapping on the surface but couldn’t quite get it to the boat. “With the line going back and forth, there is only so much that it can take before it is damaged.” With the boat not moving to the fish, it remained just out of gaff reach. “We all got a good look, and it was estimated as a 140 pound amberjack. I remember clearly that it was a really high potential fish lost.”

LEGACY: THE FUTURE OF THE ILTT AND INSPIRING A NEW GENERATION
Crayton is delighted that the effort has been made to host and celebrate the 50th in 2016.

“I would love to see another quality ILTT and a safe future for the Tournament.”

“Fishing was the hobby I liked to do most of the year round. The ILTT was the highlight with my buddies with comradeship and the quality of the hospitality. People would open up their homes and the original group was unreal.”

Shelly added; “the mainstay Bermuda Anglers Club members all corralled together to help make it all happen, such as Hooks & Barbara Cooper opening up their home and Rosemont to all the teams. The social events around the tournament included the welcoming cocktail party held at Rosemont (Hooks & Barbara) and Flamingo (Crayton & Betty), depending on the year and the bbq dinner, which was hosted at various homes each year. That all took a lot of pulling together.”

Crayton continued; “I fished (the ILTT) with Niel’s (Jones) father. I hoped to inspire the next generation. I’d like to know that the reputation we used to have could be restored. It was quality, a technique that not many people used.” Niel added that the comparatively fewer sharks in Bermuda’s waters allows for chunking for tuna which can be thrilling when you see them
racing through the chum.

At this point in the interview Crayton was concerned how he would be perceived: “I don’t want to brag.” We reassured him that this interview was important as an opportunity to learn from a veteran of 28 ILTTs and to celebrate his part in the legacy.

We shared that the ILTT had been confirmed for the week of June 19-25, 2016 and that he had indeed inspired the next generation.

We explained that the surplus from the Tournament has supported the annual Bermuda Anglers Club Junior Tournament, a free community event, which, for the past 4 years has created the legacy of inspiring the next generation of fishing in Bermuda with over 100 kids participating each year. To which Crayton lit up, smiled at Niel and gently responded, “Keep it going Jonesy.”

REFLECTION OF THE BERMUDA ILTT
After a moment’s pause and a time of reflection, Crayton looked up, another smile lighting up his face and said, “all this is coming from a hillbilly from Boone County, West Virginia, where I caught my first fish, a cat fish, fishing in the river.  I am tickled to death you are doing this, I am not a braggart but it makes me feel important, I guess I earned it!”