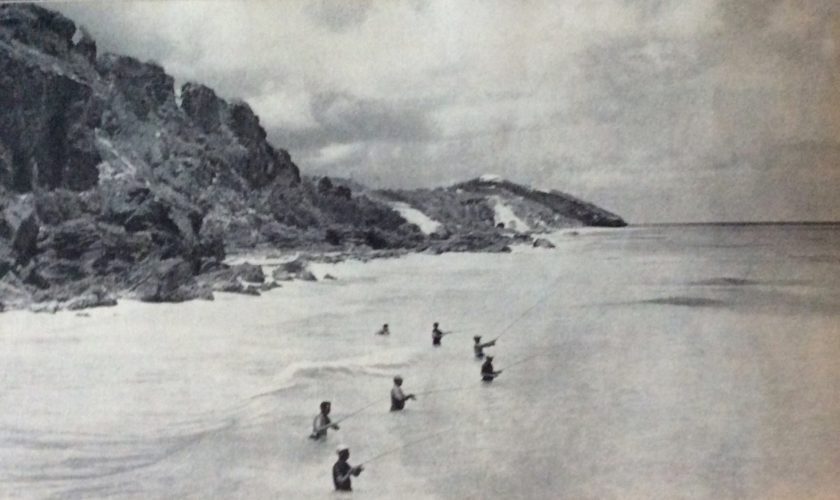 Rites of Passage for Every Bermudian

There are certain things that bind together all Bermudians. This little island is a unique community, precipitating a very specific culture. Take a look at our list of rites of passage most of us have experienced.

Putting a Penny in your First Pair of Penny Loafers
Penny loafers are slip-on shoes, designed to be worn inside or for very casual occasions. You probably had these as school shoes! A shoemaker hailing from Maine created a loafer with a front pocket called a ‘weejun’ in 1936, and these shoes eventually became popular with prep school children.

It was customary to put your own accessories in the available slot, but students started to put pennies there in case they were ever out and about and had to make an emergency call home. Nowadays, a penny wouldn’t get you a packet of gum, much less a phone call!

Walking for Duke of Edinburgh
The sweatiest, most exhausting journey, “navigating” Bermuda – despite knowing exactly where you’re going. Maybe someone in your group who knows less about Bermuda tries to convince you you’re going to the wrong way – if you entertain their suggestion, you’ll have to walk twice as far.

Many Bermudians have been subjected to this character building mission, which apparently makes your university applications more attractive to admission boards. Hey, at least we convinced the actual Duke of Edinburgh – Prince Philip – to come down in 2009.

Managing a Fender Bender
Maybe your friend rammed into the back of you at a stop sign because they didn’t stop fast enough – maybe you rammed in to someone on that stupid hill out of town because you thought someone pulled on to East Broadway, but they didn’t! Remember to drive cautiously and slowly on our Bermuda roads.

Getting Lost in Either the Extreme East End or Extreme West End
Whether you’ve grown up here or relocated to Bermuda, you eventually get to know the island pretty well but there will always be areas that can get a little confusing to navigate, particularly side roads in Somerset or St. George’s – there are even a few lanes in St. George’s that have two names, like Silk Alley OR Petticoat Lane.

Even if you do know all of the street names, it doesn’t really matter, because anyone directing you will give you landmarks anyway. And these depend hugely on the age bracket of the person you’re talking to – older folks might suggest a landmark that’s no longer there, or that’s changed its name. Luckily, wherever you are in Bermuda, you’ll be able to find someone friendly enough to get you un-lost.

Being Drafted
For the male Bermudian over 18 before about 2014, drafting into the military was a looming anxiety. Bermuda employed mandatory conscription for males, who had to serve in the regiment for a certain period of time. However, the draft could be deferred if the individual was enrolled in tertiary education.

A few years ago, the draft was suspended – and now it relies completely on volunteers. A group called Bermudians Against the Draft (BAD) was a major player in campaigning for its cessation.

Getting a Sunglasses Tan
Spending all this time in the sun leaves a mark on you! Maybe you’re the most fastidious dermatologist to your own skin, but no one can escape getting a few shades darker when they spend years in Bermuda.

The classic tropical tan is a lighter strip just above the ear – the ghost of sunglass’ past.

Getting Bermuda Rot
Bermuda rot is the consequence for untreated rock fever! No really, it’s caused because the fungus tinea versicolor, which causes the pesky white spots to appear on the skin, thrives in the humid Bermuda weather. Everybody’s got a little bit of rot in them. Luckily it can be treated with anti-fungal creams, or give the local remedy a try – dandruff shampoo!

Cliff Jumping
Everyone’s had that heart-stopping moment where your friends are peer pressuring you to overcome the only phobia humans are born with – a fear of heights. We know from a young age what falling from a too tall perch might mean. However, we’ve all been indoctrinated into the world of high-adrenaline water sports eventually. Some continue on to higher peaks, and some are satisfied with just jumping off ‘canon.’

Attending Rugby Classic
Rugby is not a very Bermudian sport, but rugby classic is a very social, very boozy event – which is all it takes for Bermudians to attend.

Working at a Summer Camp
Every Bermudian adolescent has been roped in to taking care of the kids at a summer camp of some sort or other. If you’re religious, it will have been a church one, if you’re sporty, maybe it was for your sports club, and if you’re in to animals, maybe it was at the Bermuda Aquarium, Museum & Zoo.

Getting Heatstroke on Sports Day
Regardless of whether you were a kid who loved or hated sports day, you probably got heatstroke because of it. It always seems to be held on a baking hot day somewhere – whether it’s your school field or the national stadium, with very little shade coverage at all. No matter how many frozen water bottles your parents gave you, you probably still managed to suffer the next day from the heat.

Entering the Ag Show
When you were a little kid, you probably entered something in the Ag show! Just a few years ago, the Ag show was threatened to be discontinued due to lack of funds. Luckily, it’s now sponsored by an array of businesses. Whether it was a Sunday-tired looking veggie critter, or an elaborately decorated cake, every Bermudian’s at least got a participation ribbon from the Ag show.

Playing Board Games in a Hurricane
The mind numbing boredom that comes with a hurricane power cut is the real fright factor of the storm. This is a modern woe, to be sure, with the advent of the internet and the television. Every Bermudian has spent time huddled around a board game or a deck of playing cards with the whole family, lit by torches or candles, as a hurricane raged outside.

Running the May 24 Marathon, or Watching It
Either way, you’ll be sweating! Okay, okay, maybe the runners sweat more than the spectators, but as a spectator it FEELS like you’re working just as hard! If you’ve never physically run the race, or stood beside the road as the runners came by, consider signing up next year!