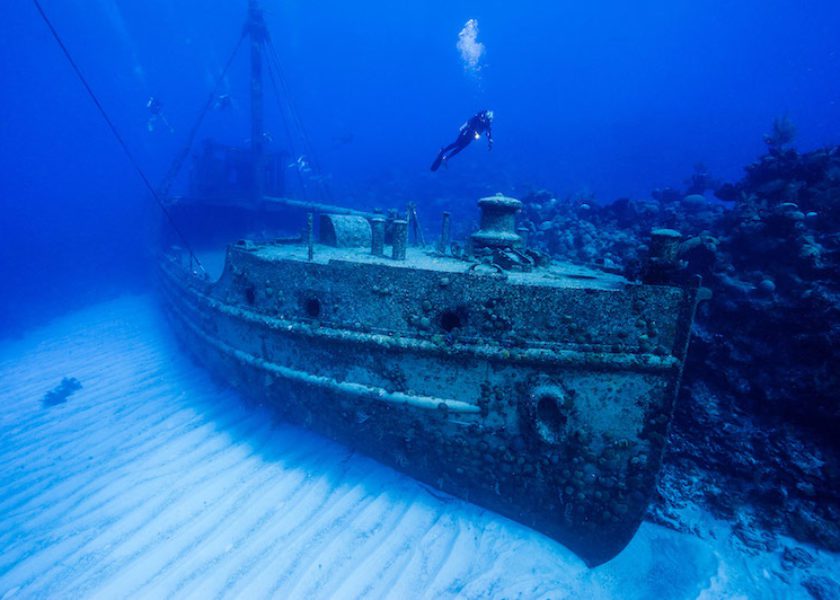 Not much of a treasure vessel, the Hermes’ true wealth is as a dive site. Specifically scuttled to create an artificial reef, it offers spectacular views of a complete ship eerily resting on the sandy bottom off South Shore.

History
The Hermes is a small steel boat, 165 feet long. Its original purpose was as a U.S. Coast Guard buoy tender, and it maintained navigational buoys until the end of World War II.

This dangerous job involves visiting the buoys, which can be left in the water for years at a time, and checking for damage. In rough conditions, examining and replacing the buoys is harder than it looks, but it’s a vital job to ensure safety on the water.

Later, the ship was turned into a freighter registered in Panama under a different name. The ship was finally named Hermes after being sold again and relocated to the Philippines. 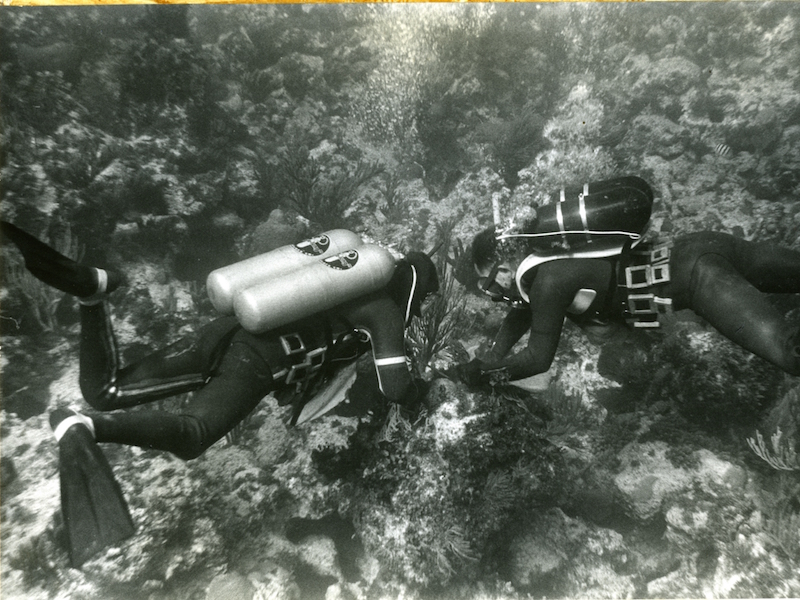 How Did It Sink?
The Hermes was en route from Rhode Island to Cape Verde, laden with a cargo of second-hand gifts to donate to families in need there, when it experienced engine trouble near Bermuda. The ship barely made it into St. George’s harbour.

What Happened to the Ship When it Got Here?
The crew hadn’t been paid in months, and there was no money to repair the ship, so the Bermudian Government repossessed it. At first, they tried to sell it to an American buyer, but when the buyer examined the rusted ship, he asked for his $10,000 deposit back – a smart man. It would have cost more to repair the ship than what the ship itself was worth.

Feeling they should make their price more realistic, the Government eventually sold it to the Dive Association for $1, and they made plans to clean it and sink it to create a dive site all could enjoy.

Diving Site
In order for the ship to be sunk responsibly, it was stripped of material that would easily deteriorate – everything but the ship’s steel substance. The fuel was offloaded, and the whole ship was thoroughly cleaned.

It was sunk a mile offshore from Horseshoe Bay after being inspected by the Department of Fisheries to make sure it wouldn’t cause any pollution. The ship is now a mosaic of hard and soft corals. 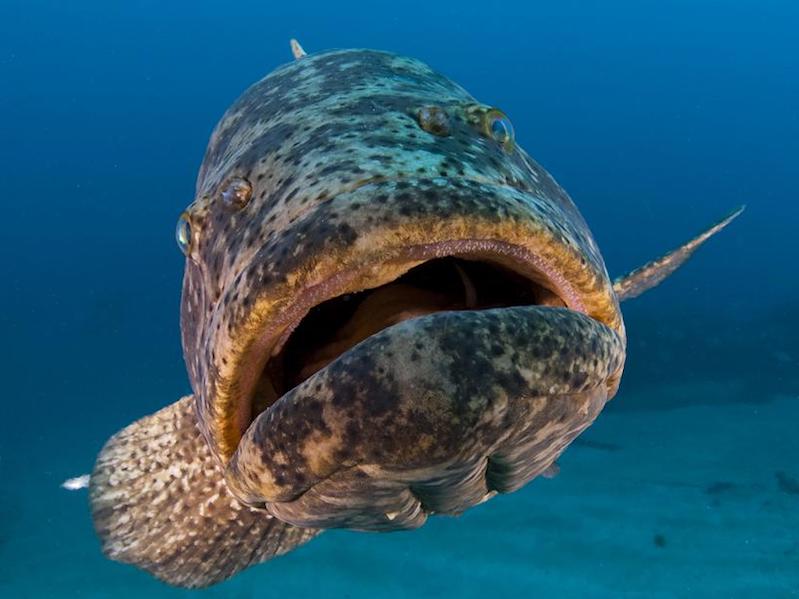 What Can You See There?
The Hermes is well preserved and stands almost upright – you can still see the whole shape of the ship, a classic shipwreck image for divers. The wheelhouse is about 45 feet from the surface, and the entire wreck is in about 80 feet of water. The site has incredible visibility, but can sometimes be affected by strong currents.

You can still see the cargo boom on the ship’s foredeck that used to be used for pulling up buoys. Hatches have been removed so that divers can safely explore the ship’s main deck, galley, and cargo hold.

Divers can see schools of yellowtail and grey snapper, schools of barracuda, and a few very large black groupers.