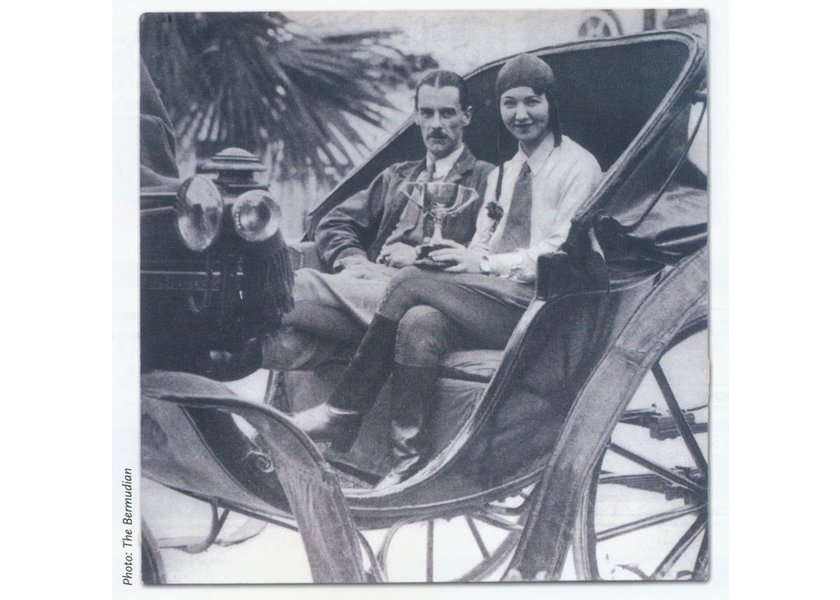 This almanac was first published in The Bermudian in July 2002.

Visitors Beryl Hart and Lieutenant William McClaren were the toast of Bermuda when they flew here from Norfolk, Virginia on January 7, 1931 on their seaplane Tradewind. Hart, the first woman to fly to Bermuda, was keen on publicising the commercial benefits of transatlantic flights. The flight was the first successful one between the U.S. and Bermuda and the first leg of a trip to Europe by way of the Azores. After two days of celebration, the pair took off on January 10. They were never seen again. The following autumn wreckage was found north of the Azores. They are believed to have missed their destination and run out of fuel.

Eight French Canadians were shipped to Bermuda in July 1838 as punishment for their role in an aborted rebellion in Quebec against the English-speaking ruling class. Some Bermudians looked down on the men, but others welcomed them with open arms, and their short exile turned out to be quite pleasant. On their first Sunday, they walked from their cottage Airlee, across from the Anglican Cathedral to Christ Church in Devonshire where Benjamin Williams invited them to sit in his pew. Tea and musical sessions with the Williams’ five daughters became regular sessions while other families also showed them hospitality. They were allowed to return to Canada after four months. Fifty years later, the sons of the Exiles, as they became known, would visit Bermuda as executives of the Quebec Steamship Company, which had ships on the New York-Bermuda run for 30 years. Ship’s agent William Cox of Mayflower, Devonshire arranged for them to meet the men and women who had once extended the hand of friendship to their families.