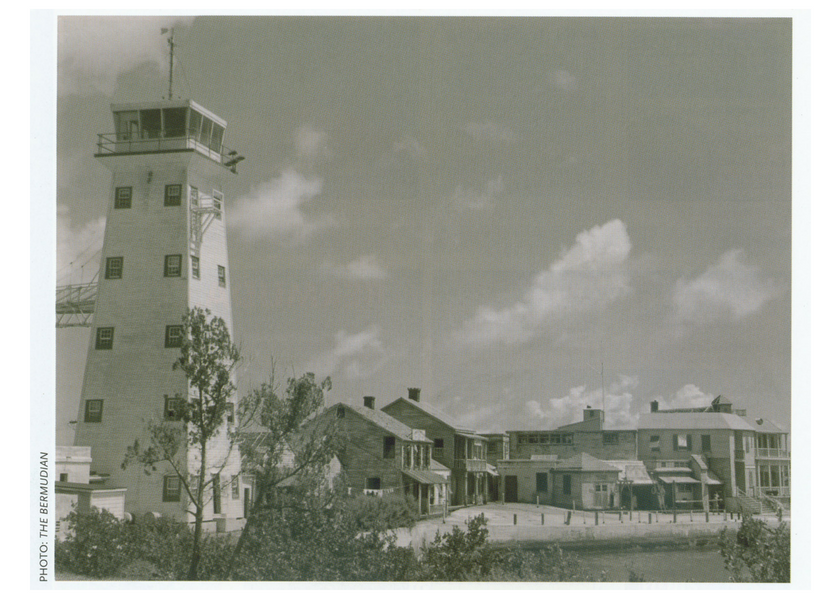 This almanac was first published in The Bermudian in May 2003.

Looking Back…
Darrell’s Island was transformed into a television village in June 1954 when Atlantic Productions was set up with Bermuda and U.S. capital to produce programmes for U.S. audiences. Buildings still standing from the Island’s days as a seaplane terminal were converted into a television studio, dressing and sound rooms and a restaurant. Government even made a financial contribution.

The first company ran out of money in less than a year and sub-let the buildings to a second production company, but neither venture was successful. The 1956 television series Crunch and Des, starring Forrest Tucker and Sandy Kenyon, is the best known of the Darrell’s Island productions.

This Month in History
Two days of rain in May 1834 saved arrowroot crops from ruin during a period when arrowroot was one of Bermuda’s most important exports. It was planted all over the Island and while easy to grow, the process of making arrowroot starch was time-consuming and dependent on good supplies of water. Pulp from the root had to be steeped in a tub of water for hours. The drought had left arrowroot growers with little water, but “a very grateful rain” from a two-day shower meant crops could be salvaged. While yields were lower than normal, the schooner Sally Ann left St. George’s for London with 71,680 pounds of arrowroot. In May 1842, the Royal Gazette reported that 147,350 pounds were exported to Britain and to the U.S.