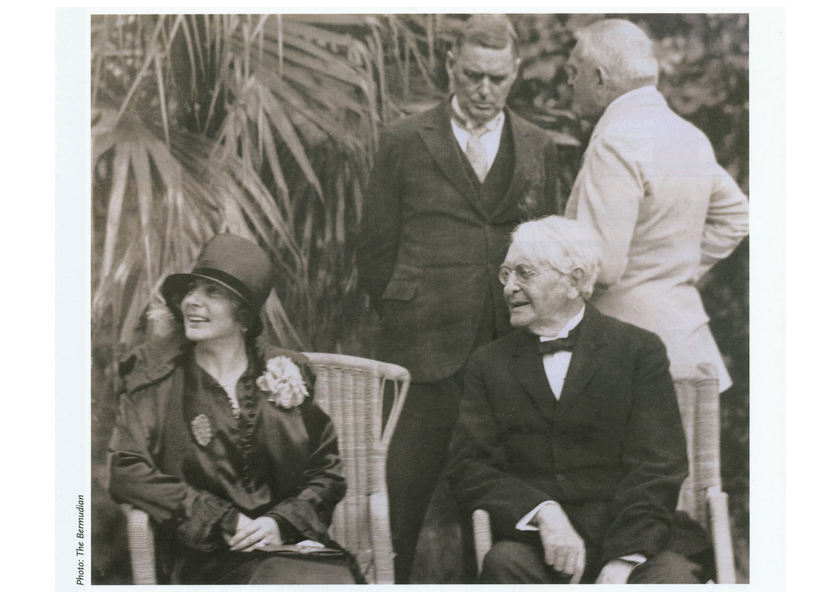 This article was taken from our archives. It first appeared in the April 2003 issue of The Bermudian. It appears here exactly as it did originally.

Looking Back…
Dr. Francis Landy Patton, a Bermudian theologian and philosopher who rose to become president of Princeton University, New Jersey, is pictured (at right) in 1929 with the Governor’s wife, Lady Bols, Attorney General Colonel Tom Dill and U.S. Consul Robertson Honey. Born in 1843, Patton attended Warwick Academy, Knox College, Toronto and graduated from Princeton Theological Seminary in 1865. From 1872 to 1881, he was a professor at McCormick Seminary, Chicago. He became president of Princeton in 1889, retiring in 1913. On his death in 1932, the New York Times recalled his “brilliant mind” and said: “Princeton began to grow into a University in is day…”

This Month in History
In April 1850, Parliament was presented with an estimate for the construction of a causeway that would link St. George’s to the mainland. The estimated cost, reported, was £2,416. Work did not begin until 1864. By the time the Causeway was completed in 1871, the total cost had risen to £30,000.