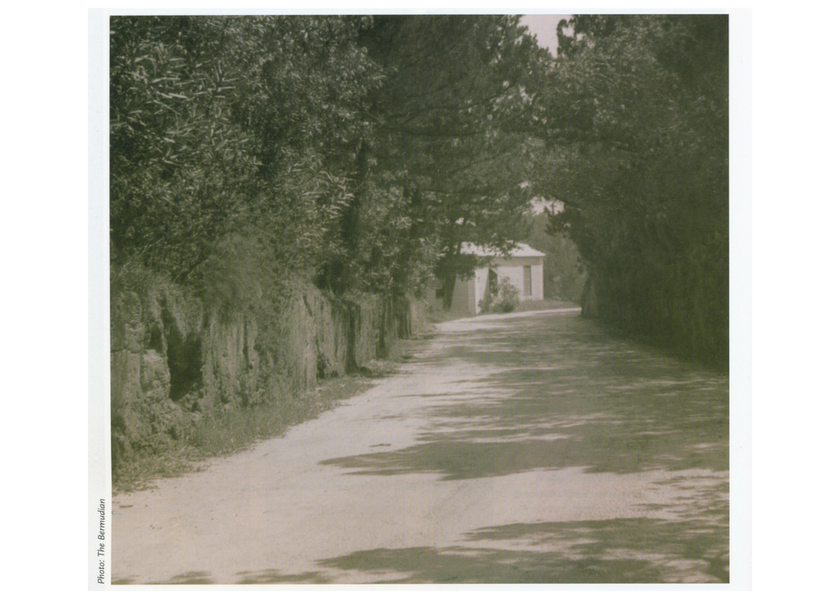 This almanac was first published in The Bermudian in March 2003.

Looking Back…
Lovers Lane, Paget was a quiet country lane 100 years ago, when this photo was taken, and even today, it remains peaceful and picturesque. The house is one, possibly the first, of seven identical homes known as the Seven Sisters. Lovers Lane is on the taxi route, and drivers regale tourists with the story of a loving father who built the houses for his seven daughters. While a colourful part of Bermuda lore, the story is the stuff of fiction.

This Month in History
On March 5, 1987, DeVaughan Seymour was practising taxiing his newly acquired Cessna 12M seaplane in Ferry Reach, St. George’s, with the intention of carrying out tours. After hitting a wave, the plane rolled over and was totally wrecked. Seymour was unharmed. That was the last time a seaplane was operated in Bermuda.