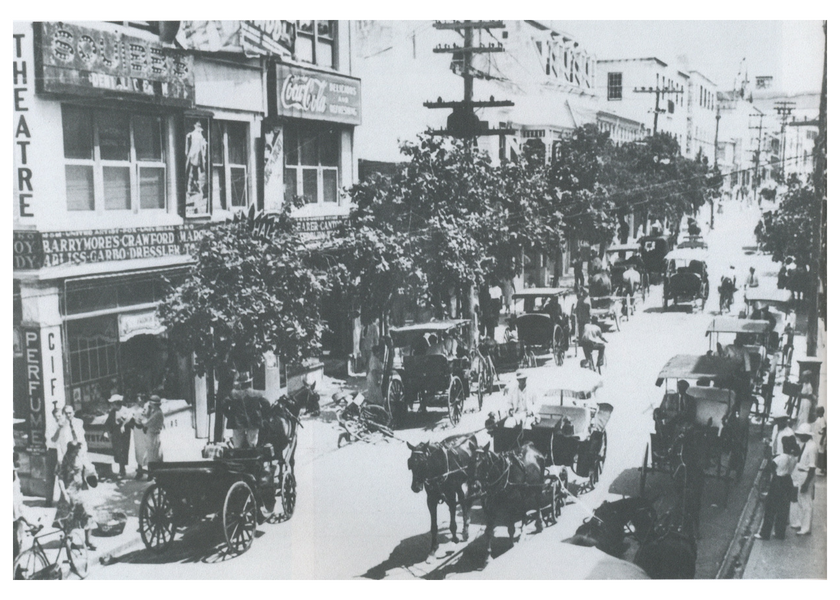 This almanac was first published in The Bermudian in July 2003.

Looking Back…
Instead of trucks, delivery vans and cars, in 1933 horse and buggies, plus pedal bikes, were the mode of transport to crowd Reid Street. And of course, in those days, before the onslaught of motorised traffic in 1946, there was no such thing as a one way street.

This Month in History
Devil’s Hole in Smiths Parish was Bermuda’s first tourist attraction. Owned by Thomas Trott in the 1800’s, this natural aquarium came into being after the roof of a cavern on his property collapsed. For years Trott used it as a fish pond for the groupers he caught. But curious neighbours and residents insisted on visiting it so often he was moved to place an advertisement in the Royal Gazette in July 1843. Pointing out that he had allowed people to visit for 12 years without charge and had suffered “much inconvenience and loss of time of his People in Showing it,” he announced he would charge “One Shilling for each Grown Person.” Children presumably could still visit for free.