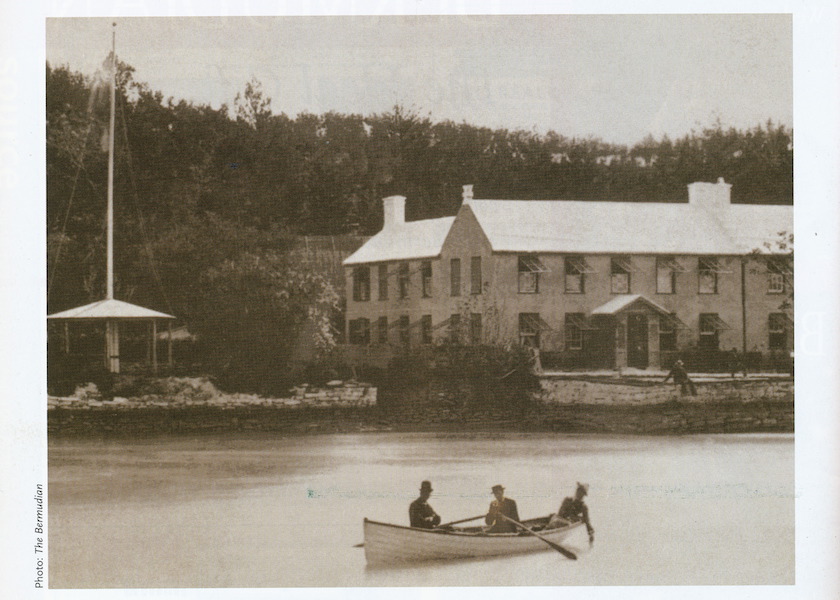 The Bermudian’s Almanac: The Frascati Hotel

This almanac was first published in The Bermudian in January 2003.

The Frascati Hotel was the dominant building in Flatts in 1883 when this photograph was taken. It was formerly a boarding house and prior to that, in the 1790’s, it was the residence of seafarer and merchant William Paynter Musson, who made his fortune during the period when Flatts was a thriving smuggling centre.

The Frascati Hotel was also a temporary base for the Bermuda Biological Station, which was established in 1903. Scientists used a small building on the property as a lab, and used the steam launch the Flora to make expeditions to the Reefs or North Rock.

In January 1836, countless Bermudians who had invested heavily in fire insurance associations in New York lost their life savings after fires destroyed $30 million worth of property. Many of the associations became bankrupt as a result of the fires and the principal ones, the Globe and the Guardian, would not pay one cent on the pound. This particularly disastrous for elderly Bermudians, many of whom were left destitute.