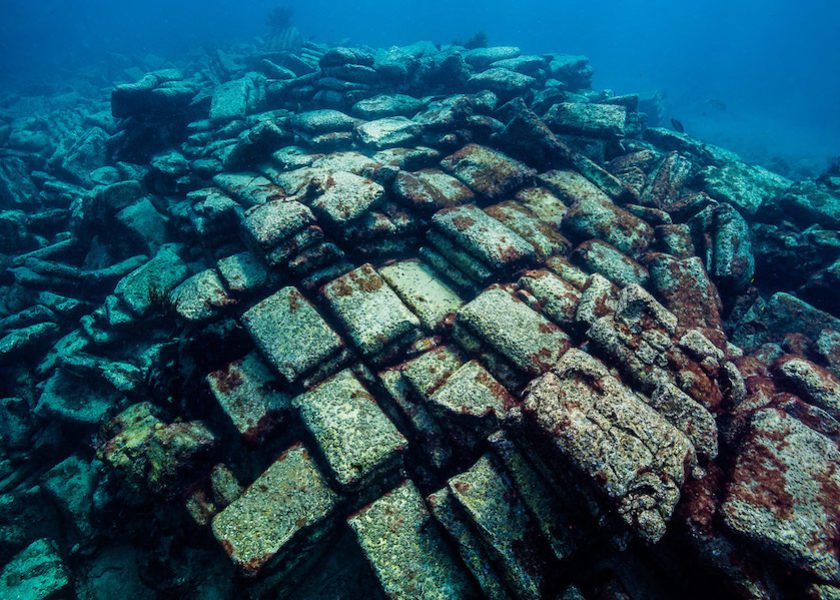 The History of The Constellation Shipwreck

Bermudian salvage missions recovered much of the Constellation’s cargo, including sealed glass vials of medicine which were completely intact. These would go on to inspire ‘Jaws’ author Peter Benchley to write his second book.

Early History
The boat had two names. It was originally christened as Sally Persis Noyes to honour the daughter of Walter D. Noyes, a lumber dealer whose wares the ship frequently transported. The Thurlow Intercoastal Company owned the ship, and it was part of the largest fleet of schooners in the world at the time. Sally Persis Noyes largely transported coal and lumber in its early days. Thurlow, even through financial crises caused by poor investments and the Great Depression, did not sell it.

In 1932, the ship underwent a total facelift to become a nautical school ship. It was installed with modern plumbing, a spacious lounge, dining saloon, stately rooms and new rigging, and outfitted lavishly for 50 passengers. At this time, it was renamed The Constellation. However, it didn’t attract many customers as a nautical school, and eventually went back to carrying cargo.

How Did It Sink?
The ship hit a patch of Bermuda-triangle-worthy weather and began taking on water while it headed from New York to La Guira, Venezuela. The captain rerouted the trip, along with its 2,000 tons of cargo, to Bermuda for repairs. While waiting for a pilot boat to guide them through the reefs, the ship was blown into a reef by a gust of wind and wrecked; fortunately, all the crew survived.

What Was it Carrying?
The ship was carrying bags of cement, antique furniture, salad dressing, cosmetics, medical supplies, and cases of Johnny Walker whiskey. Some of the salvaged material was sold at auction in Bermuda, but they didn’t get all of it. The U.S. Navy retrieved 700 cases of whisky, and later Bermudian divers collected some of the relics for the Bermuda Maritime Museum.

Some boat parts were salvaged, including masts, standing and running rigging, and sails. However, much of the cargo in the flooded hold was lost. They did find lead crucifixes, yo-yos, and glassware.

The medical cargo included glass ampoules of iodine, opium, penicillin, insulin, adrenaline, anti-tetanus serum, and morphine. This medicinal haul was the inspiration for the novel ‘The Deep,’ the second book by ‘Jaws’ author, Peter Benchley.

What Can You See of the Ship Now?
Do you ever take Paget Ferry? If you are at the Belmont ferry stop, you’ll be able to see the 40ft remains of part of the Constellation’s mast resting below Harbour Road.

The cement bags provide refuge for sergeant majors to lay their eggs, and attract grazing parrotfish because algae grow upon them. Trumpetfish can be seen hunting juvenile parrotfish among the bags. You might also see chubs, barracuda, and, if you’re lucky, grouper.

Some say that the Constellation was sunk not by the coral reefs, but by the bow of the Montana, a ship that had wrecked in almost the exact same spot 100 years earlier.