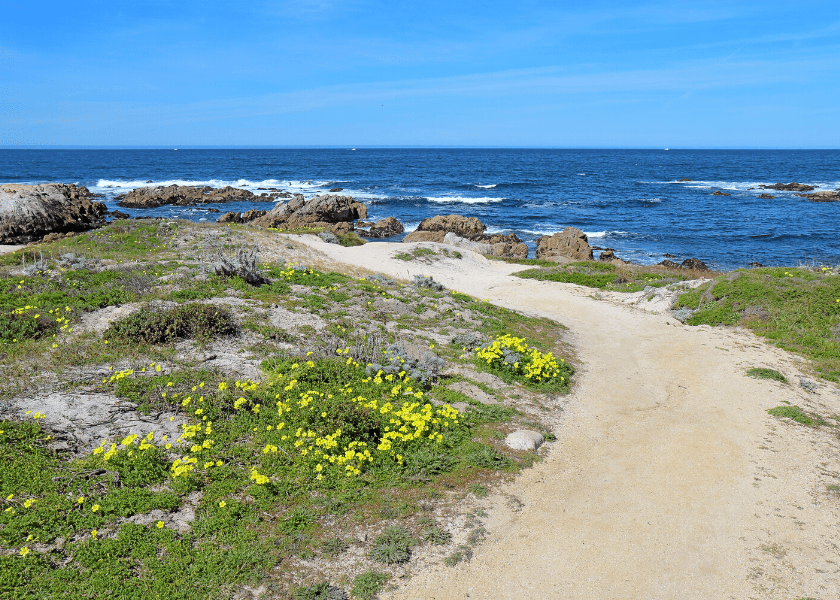 5 of the Very Best Bermuda Walks

5 of the very best outdoor spaces to enjoy this weekend!

1. Tom Moore’s Jungle
Tom Moore’s has got to be one of the best nature reserves on island, with a great many important habitats within the park, including coastline and open ocean, mangrove swamps, ponds, caves, and woodland spread through its 12 acres. It feels bigger than other nature reserves, like Spittal Pond, because most of it is woodland.

Biggest highlight: Caves! Take a flashlight with you to fully explore the subterranean aspect of this walk.
Visitors can feel like they’re inside of a nature documentary as they wander over Tom Moore’s rocky pathways, which at times are covered by the tide. Above, woody structures from the red mangrove hang down, searching for another point to anchor the tree to the marshy substrate.

There are a multitude of different paths you can take through Tom Moore’s, and it’s easy to get lost in there, as you’re tempted to step off the pathway onto smaller footpaths leading to undisturbed valleys and caves. Not only is Tom Moore’s great for walking, and seeing birds and fish in the central pond, it’s also great for swimming.

Tom Moore’s is the best place to walk in the height of summer because it’s shaded over by trees, and at the end you can jump in to Walsingham Cave for a refreshing swim.

2. Abbot’s Cliff
This 18-acre nature reserve is a hidden gem of Bermuda. Like Hog Bay, the park consists of nature reserve and agricultural land together, and visitors will enjoy the quietude of walking in a secluded landscape, which gives way to ocean views overlooking Harrington Sound.

Biggest highlight: the steep cliff side, which is full of endemic plants and rare animals.
The cliff that borders Harrington Sound was so steep that it was not suitable to be cleared for development when land was in high demand. As a result, it is home to many Bermudian plant species that have been obliterated on all other parts of the island, including good specimens of yellow wood, snowberry, and wild Bermuda pepper.

Due to the secluded nature of the cliff, this is also the only place where native barn owls continue to nest on the island. For this reason, people are not allowed to climb down the cliff face, but the trails leading up to the cliff are beautiful and full of life.

3. North Shore Railway Trail
Recently refurbished and extended with the construction of bridges that run across the disused Bermuda railway tracks, the north shore railway trail stretching from Gibbet’s bay to Coney Island is one of the longest and most beautiful walks in Bermuda.

Biggest highlight: the brand new bridges that join stretches of railway trail!
This is the walk for those who want to get some real exercise. Going past Gibbet’s and Shelly Bay, walkers can observe beautiful rocky shore habitats and sheltered bays. As you continue through the back of Shelly Bay Park, you’ll have to go over a short stretch of main road, before coming to the railway trail which starts directly across from Crawl Hill gas station.

This stretch of railway trail takes Bermudians all around the wind-swept cliff sides, where green turtles can be spotted in the water far below. Over Bailey’s Bay bridge, and continuing a little farther, walkers will come to Coney Island park, which has a beautiful little pond of its own. If only the historic ferry, or later the “old rattle and shake” could take you across the water to Ferry Reach!

4. Hog Bay
Hog Bay doesn’t look like much as you pull off from the main road into a dinky parking lot. Once you walk the perimeter of the first agricultural field though, the park opens up to a vast expanse of trails and coastline invisible from the road.

Biggest highlights: the secluded beach at the bottom, which is only exposed for a short time when the tide is right.
Hog Bay is a great cardio workout, because the trails force you up and down the steep cliffs, to the waterside and back. There are sea grass beds off the shore, and in low tides, many amazing animals can be spotted here as you wade out, like green turtles, eels, octopuses, and bonefish.

The land making up Hog Bay was purchased by the Bermuda government in the 80s and 90s from three families’ estates for a total of just under 8 million dollars. The park was named for the herds of wild hogs left in Bermuda in the 1600s. Before it was properly regulated, motocross bikes and pitbull fighting on the site were a problem.

Fortunately, the government got the problem under control and the park has flourished. In particular, it is a haven for native birds, and visiting birds of prey like merlins, ospreys and hawks sometimes drop in. It is also an important feeding ground for honeybees.

5. Fort Popple
This walk offers unparalleled views of the Bermudian coastline. Head down past Cashew City Road and you can begin a walk on the edge of the Atlantic Ocean, traveling to Little Head where Fort Popple lies.

Biggest highlights: the view from little head to St. David’s head, full of longtails.
Fort Popple was built in the 1730s by governor Popple when he realised that the island was not adequately protected. However, the fort required frequent repairs and soon wasted away due to its proximity to the water. It became redundant near the end of the 1800s when a larger fort was built elsewhere in St. George.

All you can see now are the ruins, little lumps of limestone that used to house a low fort, and the searchlight that was built on the flat area behind the fort.

Just past the fort, the coastline goes on a little further and gives way to a deep bay, and the high cliffs of St. David’s head. Here you can see the rectangular doors of military bunkers that were built in to the cliff side. The landscape is noble and sweeping, and if you’re lucky you might see a passing ship or a pair of wheeling longtails.