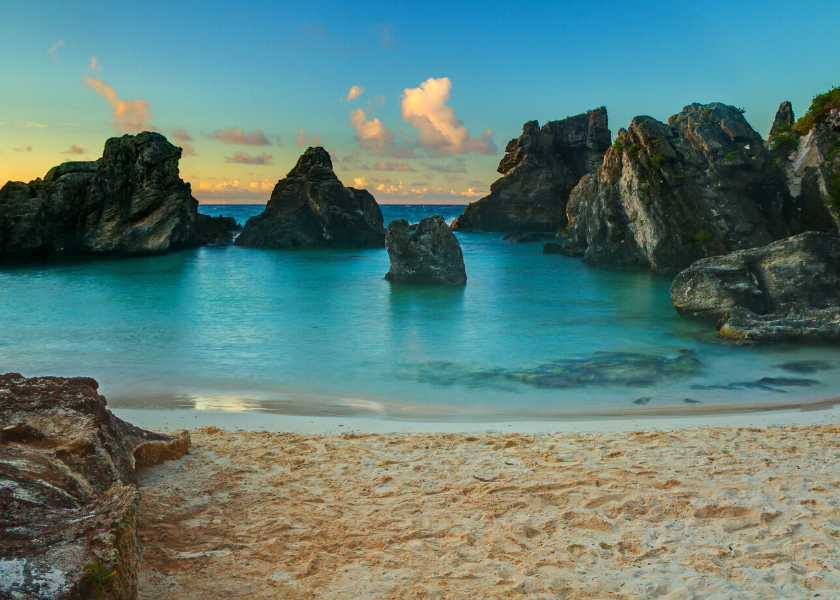 Tourist in Your Own Town: 5 Iconic Bermuda Things to Do this Weekend!

This weekend, reacquaint yourself with our history and culture by undertaking these 5 truly Bermudian things.

Enjoy our National Drink
It was a dark and stormy night when the Sea Venture wrecked upon the Devil’s Isles, resulting in the colonization of Bermuda in 1610, and it’s a Dark ‘n’ Stormy tradition that Bermudians enjoy 400-plus years later. Made with a devilishly delicious combination of Gosling’s Black Seal Rum and ginger beer, Bermuda’s national drink has been the cause of many births, lost bets and plain drunken shenanigans. In fact, Dark ‘n’ Stormies are increasingly popular on the East Coast after American sailors took the famous recipe home along with the excuse “blame it on the Black.”

Cruise Around the Harbour on a Ferry
Bermuda’s first ferries were simple: one guy in a rowboat. Today we have an old version that chugs along on the Paget–Warwick route, and the very latest fast ferry that zips its passengers from Hamilton to Somerset or St. George’s in no time. Whatever ferry route you prefer, there is simply no better form of public transportation than sitting on a Bermuda ferry, taking in the sights and arriving at your destination peacefully.

Eat Fish Chowder Garnished with Sherry Peppers & Black Rum
Legend has it that Bermuda fish chowder is as old as Bermuda, having become a diet staple of the Sea Venture survivors who unexpectedly landed upon our shores in 1609. Although no longer essential to survival, Bermuda fish chowder is frequently referred to as our national dish, and it isn’t complete without the addition of sherry peppers and black rum. Although many men contend that their mothers cook the best fish chowder on the island, it is incontestable that the best place for fish chowder is The Lobster Pot, which has won numerous best-fish-chowder awards over the years in our annual Best of Bermuda Awards. If anyone can think of a reason not to enjoy a bowl of Bermuda fish chowder, he is, quite simply, un-Bermudian.

Explore Bermuda’s Reefs
Bermuda wasn’t chosen as the setting for The Deep because Hawaii was busy. Truth be told, Bermuda has long been one of the most fascinating places in the world for underwater exploration. Although we’ve always valued our underwater world, it wasn’t until Dr. William Beebe descended into Bermuda waters in his bathysphere in 1930 that the floodgates opened and the world wanted to explore Bermuda’s reefs. Since then, the 200 square miles of coral reefs surrounding our island have been studied, filmed and enjoyed too many times to count. This summer, take a trip overboard, explore Bermuda’s coral reefs by SCUBA or snorkel and experience their breathtaking beauty for yourself.

Walk the Paths from Warwick Long Bay to Horseshoe Bay
Although the paths and dunes that separate Long Bay and Horseshoe Bay are popular with horseback riders, walking is the best way to experience the natural wonder of the seaside trails. Getting sand between your toes and breathing in the salty air makes the walk pleasant at any time of the year. During the springtime, however, when the temperature is just starting to warm and you are beginning to anticipate summertime, you are likely to stop, take a deep breath and think how lucky you are to live in such a wonderful place.