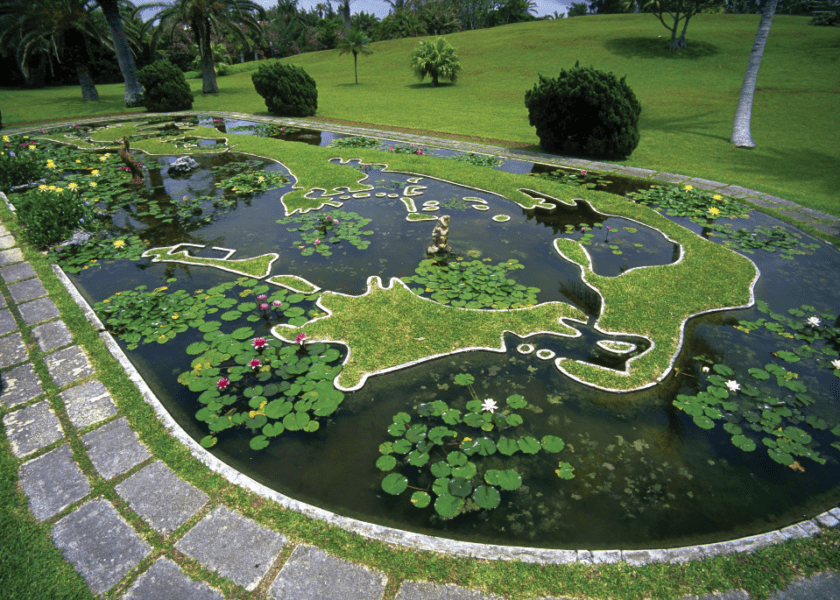 Tourist in Your Own Town: Devonshire Parish

Known by early settlers as “Brackish Pond”, Devonshire doesn’t often come to mind as a parish filled with places to explore. But by contrast, this list will give you plenty of inspiration to dive into Devonshire’s cultural charms.

Palm Grove Gardens
One of the most beautiful and well-maintained gardens in Bermuda, Palm Grove Gardens sprawls from Middle Road in Devonshire Parish to the ocean on the other side. On the rocky shore, the edge of the park can be reached by traveling over from Devonshire Bay or Ariel Sands. The romantic gardens hold various water features, including a pond constructed with a map of Bermuda inside it. In addition, the grounds have a wide variety of ornamental palms, as well as an aviary.

Arboretum
At the corner of Montpelier and Middle Roads is the 22-acre property known as The Arboretum. Popular with runners and walkers, The Arboretum isn’t landscaped or manicured like Palm Grove but it is maintained by the Parks Department. The beginnings of the park were formed from horticultural specimens sent by Queen Elizabeth II from the Royal Botanic Gardens in Kew, as well as saplings obtained from Japan, New Guinea, and Canada. The Arboretum’s spaces are either open (great for a game of frisbee) or densely wooded (great for birdwatching.)

Mary Prince Emancipation Park (Devonshire Bay)
This beautiful park has recently been christened with a new name in honor of Mary Prince who was born an enslaved person in 1788 in Devonshire. She was bought and sold many times throughout her youth with most of the houses where she was enslaved were also in Devonshire. In 1828, Mary Prince convinced her enslaver to allow her to travel to London with him. During the trip, she escaped and was able to tell her story. “The History of Mary Prince, A West Indian Slave” was published in 1831; it was the first book of its kind and remains to this day the only first-hand account of the brutalities of enslavement in Bermuda. There is an abundance of natural beauty to enjoy here, and it’s a great destination for rock pooling, so look out for crabs, sea urchins, West Indian Top shells, and other critters. If exploring by foot isn’t for you, booking an art workshop with local artist Kimberley might be more your style.

Old Devonshire Church
This church boasts a history stretching back to 1624. After many iterations throughout history, it was reconstructed in the 1970s to its original, cottage-like design. Inside you’ll find fine examples of Bermuda woodworking with Bermuda cedar pulpit and pews. But the crown jewel in the Church’s history is a silver plate bearing the date of 1590 engraved with the Tudor rose. It is thought to have been brought from England especially for the first church and is the oldest object on the island.

The Flame
For fabulous views, the friendliest service, and amazing food, we highly recommend The Flame on North Shore. Although small, this restaurant is known to be one of the best atmospheres for dining in Bermuda. With a large menu, serving everything from a fish sandwich to chocolate mousse, there is something for everybody. Previous diners have also noted that if you arrive early, you are able to feed the fish before your meal — making The Flame the perfect spot for children and adults alike. (441) 292-0348.

Botanical Gardens
One mile from the bustling City of Hamilton is a quiet place of plants and butterflies, flowers, and fields. The Bermuda Botanical Gardens has been Bermuda’s most popular national park since its inauguration in 1898. Boasting an impressive mix of parkland, greenhouses, architectural buildings, woodland, and horticultural collections, the Botanical Gardens are a popular spot for locals looking for rest and relaxation. Simply put, the Botanical Gardens has it all: formal gardens, open fields, a lily pond, a (now dormant) aviary, and rolling hills for children to play on. If cooling out under a tree isn’t what you’re after, join a free 90-minute walking tour of the expansive 35-acre property, visit the popular aviary for a glimpse of the peacocks or take a tour of Camden, the official residence of Bermuda’s premier. With so much going on, we will not accept the Annual Exhibition as your only reason for visiting.

Masterworks Museum of Art
For only $5 you can immerse yourself in Bermuda art at Masterworks Museum of Bermuda Art, exploring artists such as Winslow Homer, Georgia O’Keefe, and Henry Moore who drew inspiration from our island. Masterworks is also dedicated to providing our island with accessible local art. In addition to the Charmin Prize, an art competition that encourages Bermudian artists to showcase their work, Masterworks Museum features local work in its Rick Faries Art Gallery every other Friday year-round.