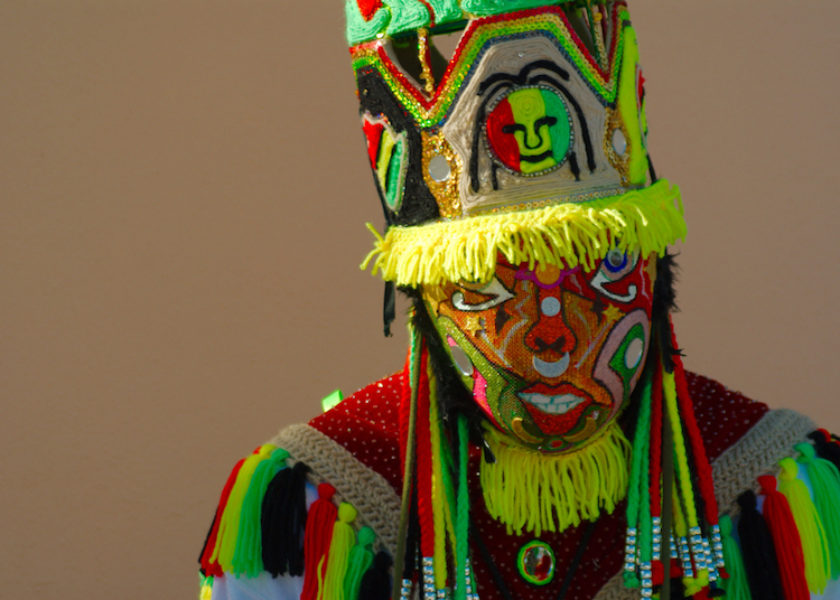 Tourist in Your Own Town: Get Cultured!

Consider this the “How to be Bermudian: Refresher Course”.

Eat Fish Chowder Garnished with Sherry Peppers & Black Rum
Legend has it that Bermuda fish chowder is as old as Bermuda, having become a diet staple of the Sea Venture survivors who unexpectedly landed upon our shores in 1609. Although no longer essential to survival, Bermuda fish chowder is frequently referred to as our national dish, and it isn’t complete without the addition of sherry peppers and black rum. Although many men contend that their mothers cook the best fish chowder on the island, it is incontestable that the best place for fish chowder is The Lobster Pot, which has won numerous best-fish-chowder awards over the years in our annual Best of Bermuda Awards. If anyone can think of a reason not to enjoy a bowl of Bermuda fish chowder, he is, quite simply, un-Bermudian.

See Graham Foster’s Mural
On November 25, 2009, Queen Elizabeth opened the Hall of History at Commissioner’s House (National Museum of Bermuda) an impressive mural—the masterwork of local artist Graham Foster—that depicts 400 years of island history. How large a canvas does an artist need to paint 500 years of history? One thousand square feet, to be exact. It took Foster 7,000 hours of research and painting to complete the two-story mural. Foster says “It was the chance of one in a million for an artist,” and it is a rare opportunity to enjoy a magnificent piece of local art and history all rolled into one.

Go Line Fishing
The smell of salty sea air as we choose our special spot, the sound of the water gently lapping against the rocky shore and the warm feeling of spending leisurely time with a loved one—well, the experience never gets old. Fishing off the rocks is as Bermudian as it gets.

Dance with the Gombeys
When the Gombeys start playing, every Bermudian within earshot stops abruptly, listens carefully to determine where the drumming is coming from and sets off to join the celebration. Although known for performing during cultural festivities, the Gombeys are perhaps most exciting when they spontaneously hit the streets. The show is extravagant, with glittering costumes and the hypnotic beat. Meanwhile, the delighted crowd grows bigger. Our island would be a little less colourful and festive without the Gombeys and all their drums and whistles.

Jump Off the Rocks
Bermudians have always used the rocks at Admiralty House, Horseshoe Bay and Diving Board Island as springboards for high dives, back flips and cannonballs, but it wasn’t until a group of young Bermudians created a series of videos called Falling off the Rock that cliff jumping became the “it” thing to do. Since the first video in 2009, Bermuda’s Falling off the Rock videos have earned more than 800,000 views on YouTube. Cliff jumping has always been a part of growing up in Bermuda, but who would have thought it would garner so much attention that it has become a marketing tool of Bermuda’s Department of Tourism. It’s proof that nobody can sell Bermuda better than Bermudians.

Cook Guinea Chicks
Less celebrated than spiny lobster or rockfish, guinea chicks are equally delicious but less common. A guinea chick is simple to cook: cut in half, remove the centre vein and grill for about seven minutes.

Walk, Cycle or Ride the Railway Trail
Once upon a time Bermuda was a quiet island. There was only one form of motorized transportation besides the motorcycle, and Old Rattle and Shake was her name. Built in 1931, the Bermuda Railway was the Bermuda government’s answer to providing mass transport for locals and visitors without cars disrupting the peace and quiet tourists had come here to find. For 17 years, Bermuda’s little train made dozens of trips per day from Somerset all the way to St. George’s, providing riders with the most exquisite views of the island. Sadly, due to low ridership, the Bermuda government shut the railway down in 1948. Fast-forward to 1984 when the government converted the old railway lines into picturesque trails for walkers, cyclists and horseback riders. Those who commit to travelling the entire trail will not be disappointed; the views take in the coastal shoreline, Bermuda’s stunning beaches and natural woodland with canopied paths.