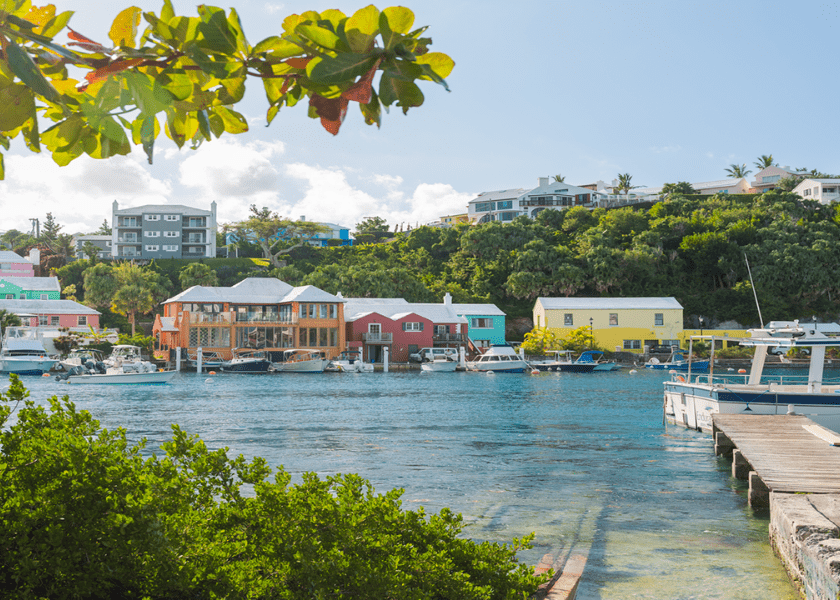 Tourist in Your Own Town: Hamilton Parish

Home to Flatts, Crawl, Shelly Bay and Bailey’s Bay, history and adventures abound in Hamilton Parish. Re-discover the beauty of Bermuda’s natural wonders and let yourself be reminded why so many people fall in love with our little island.

Bermuda Aquarium, Museum and Zoo
In 1926, the Bermuda Government recognized an opportunity to boost the island’s rising tourism industry and market the island’s vast flora and fauna. They opened the Bermuda Aquarium, Museum, and Zoo with the mission “to inspire appreciation and care of island environments” . Today, BAMZ is the one of the island’s leading educators in  environmental awareness and conservation. BAMZ provides locals and visitors alike the opportunity to learn more about Bermuda’s natural history and the different ways to preserve our island’s natural eco-system for year to come. BAMZ is on par with the best aquariums and zoos in the world, boasting, among other things, a 12,000-gallon North Rock tank, the Madagascar exhibit, and a state-of-the-art natural history museum. With so much to offer, it’s no surprise that there are over 10,000 BAMZ members, 15% of all Bermudians. Make the most of your visit by planning around feeding times! You can watch the turtles being fed lettuce and biscuits, along with a talk about their biology and conservation. You can also see the seals being fed herring, accompanied by a short presentation. Finally, you can catch the Galapagos tortoises, who are as old as the Museum itself, being fed – a rather messy, but slow moving affair. For a full schedule of feeding times, check here! Admission: $10 for adults, $5 for children (kids under 5 years old are free)

Crystal Cave & Fantasy Cave
We’ve all heard the legend: two Bermudian boys in the early 1900s were playing cricket when their ball fell down a hole. When the boys went to retrieve the ball, they discovered it had fallen into a deep cavernous space underground. It was only when they mustered up the bravery to tie a rope around one of the boy’s waists and descend into the dark space that they understood the significance of their find. The underground palace of stalagmites and -tites we know today as Crystal Caves. For those who have visited before, it is no surprise that Crystal Caves have attracted many famous visitors for over a century, including music superstar Beyoncé and American poet Mark Twain. The latter reported in a correspondence to his friend: “The most beautiful cave in the world… splendid with shining stalactites, thousands and thousands of them as white as sugar…”.  Michael Frith, the creator of Fraggle Rock, accredits these caves as his inspiration for the popular television show. The stunning caves are not all for show, either; they provide an interesting lesson in Bermuda geology and a fascinating look at the change in sea level over the years. If you aren’t persuaded to visit Crystal Caves for their beauty or history, go for the cave “kisses”; they really are something special.

Swizzle Inn
Stop in for lunch at the legendary Swizzle Inn. It is Bermuda’s oldest and most iconic watering hole.The 17th -century road house was transformed into a public house and officially opened in 1932. People have been swizzling in, and swaggering out, of this East End staple for more than 80 years. The guest book’s earliest patron dates back to 1942. Although accruing local and international fame, the Swizzle’s atmosphere still exudes a distinctly mom-and-pop vibe. The unique décor is a great representation of its history and reflects the Swizzle Inn’s unique welcoming sentiment. Every wall and even the ceilings are covered down to the very last square inch with stickers, flyers, memorabilia, and business cards, all fondly left behind by previous Swizzlers, each marking their part in the pub’s history. There is nowhere better to get Bermudian flavor than the Swizzle Inn.

Walsingham Nature Reserve
Better known as Tom Moore’s Jungle, the Walsingham Nature Reserve is a 12-acre private trust open to the public with a fascinating variety of nature to explore. The reserve features many interesting natural Bermudian wonders, including caves with both stalactites and stalagmites, a grotto and a mangrove pond home to fish and a turtle. When one walks through the fence opening and into the trees, it’s easy to be transported to another time when Bermuda was densely lush and sparsely populated. Located on the same property is Tom Moore’s Tavern, built in 1652 as a private home for the Trott family. This beautiful 17th century home is still in its original state but now operates as a fine dining restaurant, Bermuda’s oldest restaurant in fact.