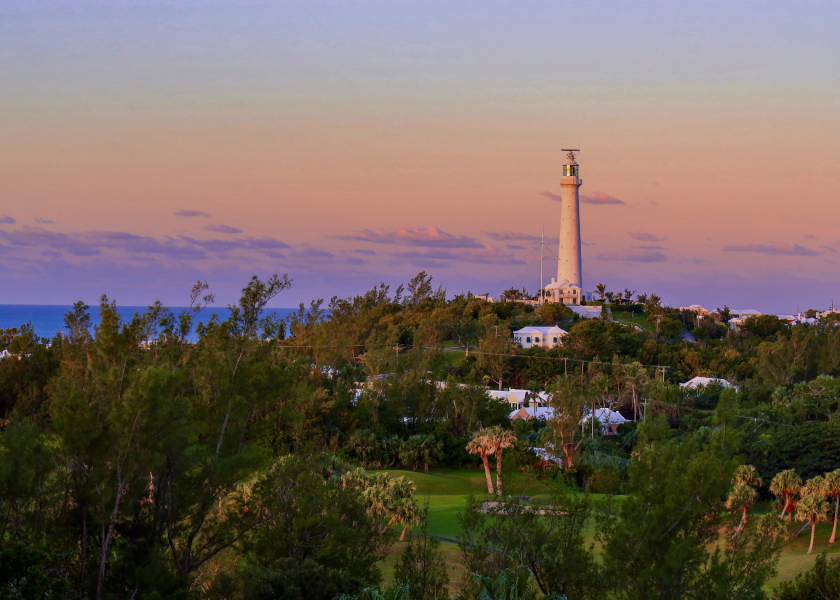 Tourist in Your Own Town: Southampton

When was the last time you got out and about in Southampton? This is one of the parishes most visited by tourists, because it contains our coveted South Shore beaches and the lighthouse. It’s about time you looked back at your first time visiting these tourists attractions in Bermuda, and visit them again with your local perspective!

1. Church Bay
Many Bermudians recommend Church Bay for snorkelling because the reefs are close to the shore. Rainbow parrotfish can be seen feeding in the shallows. In 2012, there was a concessions stand offering rentals of snorkelling equipment, but the venture was quickly abandoned, so bring your own.

The beach is located down a set of stairs. It is smaller and less travelled than nearby Horseshoe, so if you’re looking for a secluded spot for snorkelling or just chilling out, head down to Church Bay!

2. Vesey Nature Reserve
This newly unveiled little nature reserve feels very sculpted and proper, but it will only take a few years for it to start feeling wilder. It was opened in 2013 after Sharon Vesey donated the land to the Bermuda Audubon Society. It stretches from Evan’s Pond to the shoreline of the Little Sound.

The reserve contains two quarries, which are what give it its sculpted, geometric look. The trails lead to the edge of Evan’s Pond, where you can see roosting waterfowl. It also slopes up to a tall cliff, affording beautiful views of the Little Sound. The woodland here supports chick of the village and native catbirds.

The reserve contains a lot of allspice trees, but many have been removed to carve nature trails, as well as to plant native species like Jamaican dogwood, cedar and palmetto.

3. Evan’s Pond
Evan’s Pond is a saltwater pond, connected to the ocean by an underwater cave system. Ponds with high flushing have higher rates of biodiversity than those that do not, and no two ponds are the same in Bermuda, even if situated closely together. This means that it’s vital that we preserve as many of our pond habitats as possible.

Interestingly, Evan’s Pond is one of the few ponds in Bermuda where you can see growths of turtle grass reaching the surface. There are no turtles in the pond, of course, but sea grass supports a wide variety of creatures, including crustaceans and fish, and the birds that hunt them. Osprey can occasionally be seen here, feeding on mullet and Bermuda killifish.

4. West Whale Bay
West Whale Bay is a good lookout post for migrating humpback whales, which can be seen in Bermuda from March to April. It was also historically used as a beach processing station for whales killed by humans, a practice that took place minimally in Bermuda.

The beach is a popular spot for shore fishing in Bermuda for snapper and pompano. The park is well maintained, with some walking trails, picnic benches, and bathrooms. Nearby, the ruins of the Whale Bay fort and battery remain.

5. Wadson’s Farm
Wadson’s Farm is a must visit for every Bermudian! Their Home Farm Market has some of the best produce on island, and it is open Tuesday – Friday 10am-6pm, and on Saturday from 9am-1pm.

The shop carries wonderful seasonal garden produce, fresh organic eggs, and sometimes goat’s cheese and honey. The shop also sells whole chickens/chicken parts, as well as turkeys for Thanksgiving and Christmas. Look in on the shop any time of year to see what’s in season!

At Wadson’s Farm you can also observe the humane slaughter facilities, as well as chicken incubation, and hydroponic greenhouses for produce.

6. Seymour’s Pond
Seymour’s Pond near Barnes Corner was the Bermuda Audubon Society’s first restoration project, and was bought with funds raise by the public. It was recently refurbished in order to remove invasive Brazil pepper and sheathed paspalum grass, which were growing out of control and decreasing the size of the pond.

Now, the pond is idyllic, and a wonderful spot for birdwatching. In the summer, sometimes it goes pink, coloured by flourishing populations of heat-loving pink algae.

After having a look at the whole island from the top of this landmark, visitors can have lunch at the nearby restaurant. There is a long railway trail that can be reached from a set of stairs below the lighthouse, which is a beautiful walk.