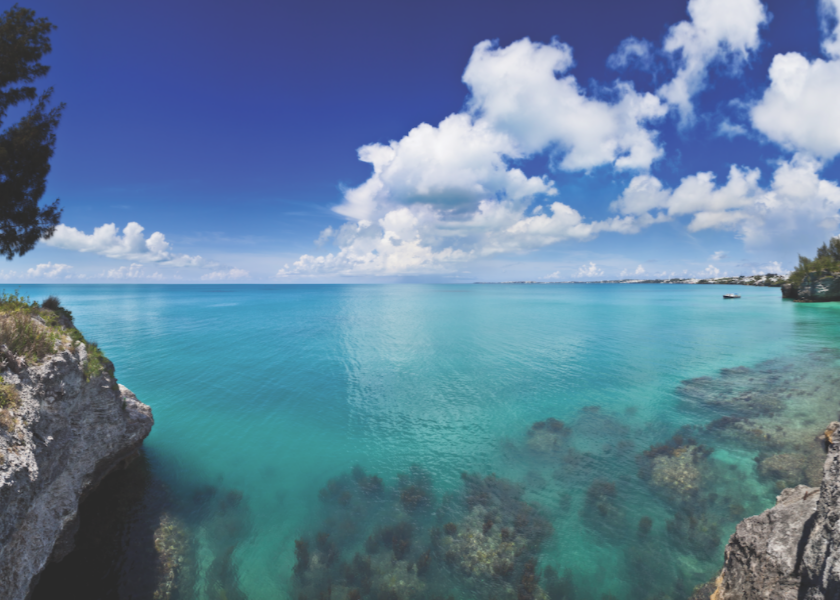 Tourist In Your Own Town: Pembroke

Though much of Pembroke is taken up by Hamilton City, it has much more to offer than just shopping! Revisit Pembroke parish and have a look at our top picks for places to visit!

Admiralty House
Admiralty house is one of the few parks outside of bustling Hamilton City in Pembroke. The city parks like Par La Ville and Queen Elizabeth are quaint oases for a lunch break perhaps, but are too small to really get lost in.

Admiralty House, just a few minutes outside of Hamilton, boasts extensive nature trails, a swimming bay, and diving cliffs. The historic Admiralty House, now a ruin on the property, was the state home for British admirals living in Bermuda, and also served as a navy hospital.

Admiral’s Cave (not the one in St. George!) is a man made cave carved by convicts, apparently so that an Admiral could have secret meetings with a lover. Those jumping from nearby cliffs, or ‘canon,’ now use the cave’s stairways to climb back up out of the water.

Spanish Point
At the edge of the parish, Spanish Point juts out into the great sound. This reach is very close to Dockyard on the water, though to travel there by car from Pembroke will still take you about 30 minutes. The name comes from a Spanish galleon, captained by Diego Ramirez, which landed on Bermuda before its colonization.

This 1603 visit by Ramirez produced the earliest known map of Bermuda. The crew also discovered that tobacco had been planted on island, possibly by earlier Spanish visitors. The crew repaired their ship, ate about 500 cahows, and were on their way.

The park is small and peaceful, with plenty of shaded areas for picnicking. Shallow water coves on the north shore are great for swimming and snorkelling, and the adventurous may even get to swim or kayak out to the idyllic Cobbler Island.

At the edge of the park, Stovell Bay gives charming views of moored dinghies.

Fort Hamilton
Fort Hamilton is one of the most picturesque locations inside Hamilton city. Built in the 1870s to protect Hamilton Harbour from attack, the fort never ended up being used for defensive purposes. Now, it is a quiet park away from the noise of the capital city.

The top of the fort has been landscaped into beautiful gardens, perfect for picnicking. Most of the fort is accessible and visitors can climb down into its cool depths.

Perhaps the most fantastic part of the fort is its lush gardens, full of vines, ferns and mosses, which now grow in what used to be its dry moat.

The fort is especially spectacular during Halloween. At this time, the entire property is turned into a haunted house with realistic props, and actors who scare and surprise visitors.

The Ferry
Hamilton is well connected to ferry routes, and the ferry is a wonderful way to get from Hamilton to Warwick, Paget, St. George, or Dockyard. If you’ve never been on the ferry you’re missing out – the open-top seats are the best on a clear day, with the wind blowing through your hair and affording beautiful views all around.

It’s a wonderful idea to spend some time in Hamilton, grabbing lunch or shopping, before taking the ferry to have a nice afternoon excursion.

Art Mel’s
Art Mel’s is a Bermudian tradition. Arthur Smith, the owner, sadly passed away in 2016, but his Pembroke business is still being run by his son. Art Mel’s serves a colossal fish sandwich, which has won a Best of Bermuda Award 15 times.

Be sure to get the sandwich with traditional raisin bread, which contrasts well with the salty fried fresh fish with secret seasoning mix. The sandwich is full of tartar sauce and coleslaw, a wonderful combination.

BUEI
The Bermuda Underwater Exploration Institute was opened in 1997, and showcases exhibits about Bermuda’s marine life and shipwrecks. It has a big emphasis on the discoveries of William Bebee, who conducted a deep-water exploration off of Bermuda in the 80s inside his bathysphere. The other big exhibit at BUEI includes many artefacts found from Bermudian shipwrecks, and videos of Teddy Tucker exploring submerged wrecks.

The museum offers a seven-minute educational dive experience, where individuals climb into a pretend submarine and watch a video about life deep in the sea. Other exhibits include a seashell collection, a shark cage, and an interactive ocean display.

BUEI also runs various events in their lecture hall, including independent and educational movies, and lectures from interesting scientists.

City Hall’s Art Galleries
A visit to Pembroke wouldn’t be complete without a look in at the art galleries inside city hall in Hamilton city. The grand and spacious hall contains two art galleries, the Bermuda National Gallery, and the Bermuda Society of Arts. The former requires a $5 donation for entry, and the latter is free.