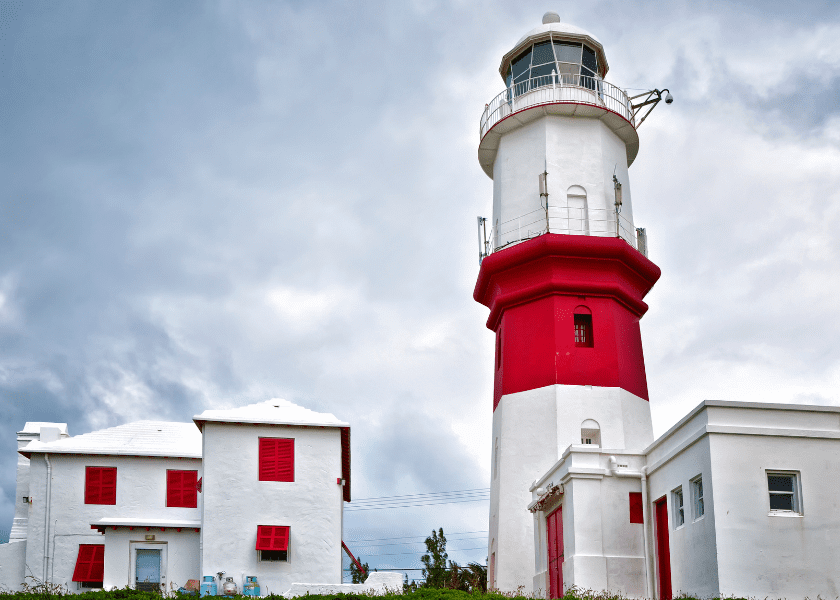 Tourist In Your Own Town: St. David’s

St. David’s is a special place: Steeped in history and bursting with culture, this eastern community is rich with things to do and places to discover.

Carter House – 34 Southside Road, St. David’s Island
After the Sea Venture’s colonists wrecked on Bermuda’s shores, they quickly built another boat to continue on to Virginia, to support the colony there. However, three men were asked to stay behind to continue the British legacy in Bermuda. Christopher Carter was one of those men, and his descendants build Carter House in 1640. The old home is mostly in its original condition, having withstood countless hurricanes since it was built. It now contains a museum focusing on the history of St. David’s and its people.

Settler’s Cabben – 34 Southside Road, St. David’s Island
On the grounds of Carter House is a replica settler’s dwelling built using English techniques and tools and materials found on-island at the time of the first settlers arrival, including Cedar, lime and clay, (turtle) oil, and Palmetto thatch. The hut even includes a functioning fireplace to give visitors a sense of how those traditional Bermuda chimneys worked.

Clearwater Beach
This much-loved swimming spot, thanks to its two sandy beaches and its seemingly endless stretch of sheltered ocean, is a perfect place to play tourist with flippers and a mask. Adjacent Turtle Bay was named for the green turtles that once bred prolifically here.

Cooper’s Island Nature Reserve
Strictly speaking, Cooper’s Island is no longer an island since the Americans used landfill to attach it to the mainland, however, it still has an isolated atmosphere and allows you to imagine what Bermuda from another era may have looked like. Cooper’s has a variety of beaches, plus an observation tower with panoramic views of Castle Harbour. The tower’s open balcony is the ideal vantage point for watching the cahows (bring binoculars) from October through March. Opposite Clearwater is a nature trail loop, which allows views of native and endemic flora. The reserve includes a restored pond and salt marsh with an extensive boardwalk making it an ideal spot for observing shorebirds and wildlife endemic to Bermuda.

St. David’s Lighthouse
Often the first sight one can see when landing by airplane, this 55-foot landmark is one of Bermuda’s two historic lighthouses. It is constructed of Bermuda stone and was lit for the first time in 1879 enabling mariners safe passage for more than a century. The distinctive red-and-white painted structure also serves as a finishing-line marker for sailing contests like the Newport Bermuda Race and Marion Bermuda Race. From here you can see humpback whales in the spring, in addition to the reef line and sites of many shipwrecks such as the Sea Venture (1609), the Warwick (1619), The Sea Flower (1624), Cristobal Colon (1936), and the HMS Cerberus (1783).

Fort Popple
Fort Popple (located at Little Head Park) was built in the 1730s by governor Popple when he realized that the island was not adequately protected. However, the fort required frequent repairs and soon wasted away due to its proximity to the water. It became redundant near the end of the 1800s when a larger fort was built elsewhere in St. George. All you can see now are the ruins, little lumps of limestone that used to house a low fort, and the searchlight that was built on the flat area behind the fort. Just past the fort, the coastline goes on a little further and gives way to a deep bay, and the high cliffs of St. David’s head. Here you can see the rectangular doors of military bunkers that were built into the cliffside. The landscape is noble and sweeping, and if you’re lucky you might see a passing ship or a pair of wheeling longtails.

Annie’s Bay – located on the stretch before Clearwater
One of the original St. David’s Island bays, and previously restricted when it was part of the U.S. military base, is now perfect for a bit of beachcombing. It contains years of undisturbed sea-tumbled treasures, a benefit from being seldomly cleaned or visited. In particular, visitors can find a multitude of sea glass and china washed up on its shores. Besides these recycled finds, the shores also hold many coral skeletons, seashells, and sea beans.

Great Head Park and St. David’s Battery
Wander up to Bermuda’s easternmost point, to discover unbeatable views of the sea and St. George’s. Completed in 1910, the fort was designed to defend the Narrows Channel, the historic channel for large ships to come in through the Bermuda reefs. You’ll find coastal defense guns lining the fort, and though this was an active battery in both World Wars, none of the guns were ever fired in combat. The 24-acre park serves as a memorial to Bermudian troops and also features The Memorial for Those Lost at Sea, by ex-seaman and artist Bill Ming.