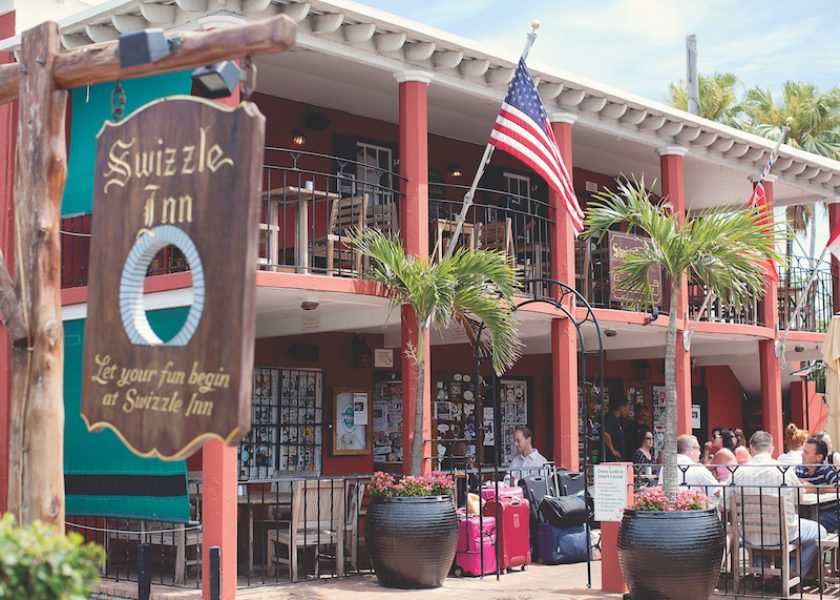 Tourist in Your Own Town: The East End

Reacquaint yourself with the east end this weekend by taking in the history and nostalgia synonymous with the Town of St. George before having a swizzle at the Swizzle Inn.

1. Have a Swizzle at the Swizzle Inn
Number-one competitor of the Dark ‘n’ Stormy, the rum swizzle was invented in the mid-eighteenth century as a way for locals to enjoy a tipple, forget their identity and take the following day off work. More than 200 years later, Bermudians quaff the drink for the exact same reasons. Although most locals have their own version of the recipe, there’s no swizzle like the one served at Swizzle Inn in Bailey’s Bay. But it’s not just the rum swizzle that’s drawn locals and visitors to the Swizzle Inn. It’s the writing on the walls! If you’re not already a regular, now’s the time to become one and make your mark. Perhaps you can get your name on the wall of champions by besting someone named Jason, who drank 30 glasses of swizzle in one sitting.

2. Visit Fort St. Catherine
Located on the most northern tip of Bermuda, Fort St. Catherine stands along the shore overlooking the spot where the Sea Venture crashed upon Bermuda’s reefs in 1609. Built in 1614 by Bermuda’s first governor, Sir Richard Moore, the fort has been renovated numerous times; it was converted into a museum in 1950. A reminder of Bermuda’s seafaring days, Fort St. Catherine is only accessible via a drawbridge over a dry moat. Recently updated, the exhibits at Fort St. Catherine include the history of Bermuda and the fort itself; there’s even a replica of the crown jewels. Beware, though; sightings of the fort’s ghost, George, are neither rare nor uneventful.

3. Sip on a Cup of Tea at Sweet P
Twice a week, on Wednesday and Saturday afternoons from 1:00pm to 4:00pm, savour a cup of tea at Lili Bermuda Perfumery. Sweet P offers classic English afternoon tea in the exquisite gardens of historic Stewart Hall. Snack on sweet treats and finger sandwiches while you take in the quaint courtyard scenery.