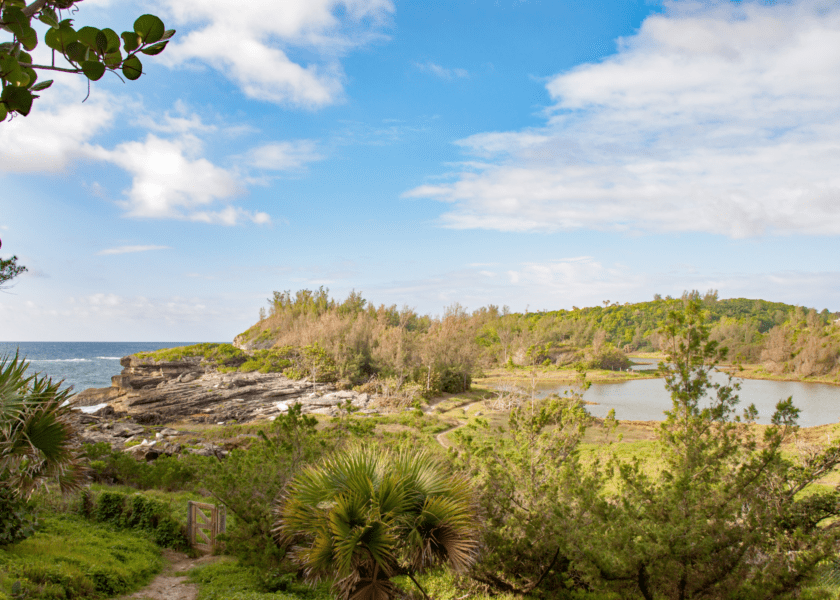 This weekend, immerse yourself in the natural world by visiting Spittal Pond and Horseshoe Bay, two of Bermuda’s most beautiful locations. And while you’re at it, stop off at Gates Fort in St. George’s to take in the dynamic views and interesting history of Town Cut.

Spittal Pond Nature Reserve, Smiths
The largest nature reserve in Bermuda, the land making up Spittal Pond was bought by the national trust through many owners. Properties in Bermuda tended to be split into strips, allowing owners to moor boats on both sides of the island for easier access, and as such, the nature reserve had to be constructed strip by strip. The reserve showcases spectacular Bermudian habitats, including brackish and freshwater ponds. These sites provide essential habitats for both local and migratory birds, including various species of herons and egrets. In addition, the park includes an interesting geological formation called the checkerboard where whalers cleaned whales in the 18th century. The park is also of historical significance, and includes a site called Jeffrey’s Hole, where a man is said to have hidden from his slave-master after escaping the mid-Atlantic slave trade. The Smith’s parish park is a wonderful day out that is sure to satisfy explorers of all interests.

Horseshoe Bay, Warwick
Horseshoe Bay is everyone’s favourite beach, but when was the last time you visited? This huge beach is surprisingly healthy for a beach that experiences so many visitors, with little trash and clear blue waters. Jobson’s Cove is perfect for families with small children, and you can easily explore cliffs on both sides of the little bay. The main beach is perfect for sunbathing and swimming, with low waves and plenty of space. You can take extensive walks from the eastern side of the beach and make it all the way to Warwick Long Bay, walking with your feet in the water and on beach trails inland just a little. If you’re feeling adventurous, swim out a little from Horseshoe Bay’s western shore and try cliff jumping off the rocks there. Make the day an outing by taking advantage of Horseshoe Bay’s new and improved concessions, complete with raised wooden bar and burger joint. 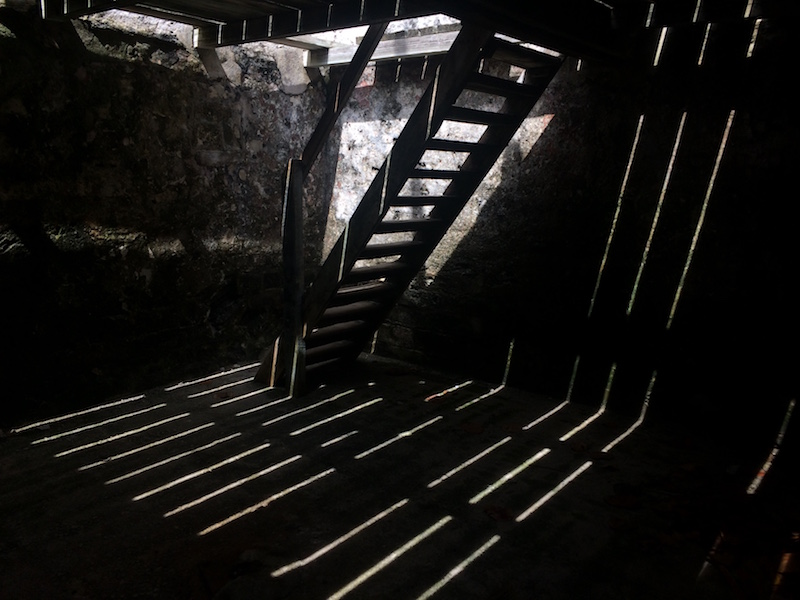 Gates’ Fort, St. George
This now charming little fort was from 1609 a heavily armed surveillance point for ships entering St. George’s Harbour through the town cut. This channel was the only entry point for goods entering the town, and when Bermuda’s capital was St. George’s it was a vibrant and politically charged lookout post. Though the fort is much smaller than many others of Bermuda’s military forts, it still rewards visitors with beautiful views of the open sea after climbing to the top via a weathered wooden stepladder. Across the cut, Higg’s Island’s sheer cliffs rise up, providing the perfect perch for cliff jumping (when the channel is clear of boats, of course!). Spend time walking the St. George’s loop, which will take you from the town, to the fort, past Tobacco Bay and back again.