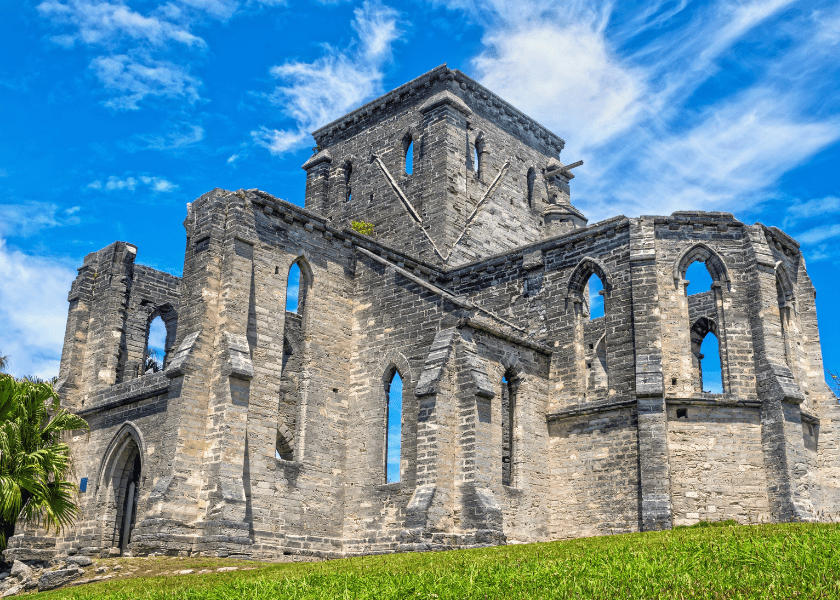 Tourist in Your Own Town: St. George’s

Settled in 1612, St. George’s was the first settlement in Bermuda and in 2000 became an official UNESCO World Heritage Site. St. George’s will open its doors for Christmas and to a host of events and shopping days that show off the town and its heritage at its finest. Head down every Sunday from November 29th until December 25th to shop and celebrate Bermudian business and culture.

Regardless of the season, St. George’s is the historical heart of the island, and as you walk through the cobbled streets, surrounded by centuries worth of heritage, it is hard not to feel proud to be Bermudian.

Climb the steps of St. Peters Church: The crowning gem of St. George’s historical repertoire is St. Peter’s Church. Established in 1612, this church is the oldest Anglican church outside Britain and the oldest Protestant church in continuous use in the Americas. The famous author Jane Austen’s younger brother Charles Austen was married in this same church in 1807. The graveyard surrounding these iconic walls and spires is a stark reminder of the evils of slavery that mar Bermuda’s history. The church is home to one of the oldest black graveyards in the Western Hemisphere. The separate burial grounds were for free and enslaved black Bermudians who made up a third of the population of St. Georges by 1698. Black people were still being buried in this segregated graveyard as late as 1854, twenty years after slavery was abolished. The cemetery is a reminder of the racism that Bermuda still struggles with to this day. It is now memorialized as part of the African Diaspora Heritage Trail.

Slurp a Swizzle at Tobacco Bay: It might be too cold this time of year, but the unique rock formations and shallow blue waters make Tobacco Bay an ideal snorkeling spot. If you can’t quite stomach getting wet, rent a paddleboard or kayak and spot glittering parrotfish just under the surface. The bar and restaurant have recently been renovated, and the porch is the perfect place to sip on a cocktail and watch the sun slip below the horizon. If you are into history, this is also the site of the iconic gun powder plot!

Take a Stroll to the Unfinished Church: Tucked away behind the main tangle of roads only a ten-minute walk from St. Peter’s Church, the gothic ruins of the Unfinished Church loom far above the palm trees. Striking arches and empty windows create a dramatic effect as the only parts of this building that were completed and still stand are the large limestone walls and pillars. The church’s interior is closed, but once you have had a chance to explore around the grounds, take your time heading back into town. These backstreets are home to the true residents of St. George’s. The walk reveals lovely cottages and an abundance of local flora and fauna, so go slow and savor the shade from palms and cedar and the bright hibiscus or morning glory.

Visit the National Heritage Museum: In May of 2021, many of us marched for the Black Lives Matter movement. This year, it seems more important than ever to understand the complex racial diversity and the inherent racism that is still alive on our small island. Take some time and celebrate iconic civil rights movements and honor the social, cultural, and political achievements of Black Bermudians throughout Bermuda’s history. The small museum hosts an extensive collection of artifacts, photographs, and installations memorializing heroic acts of resistance like the 1959 Theatre Boycott that ended segregation in Bermuda and is part of the African Diaspora Heritage Trail that traces the afterlives of slavery in Bermuda and throughout the world.