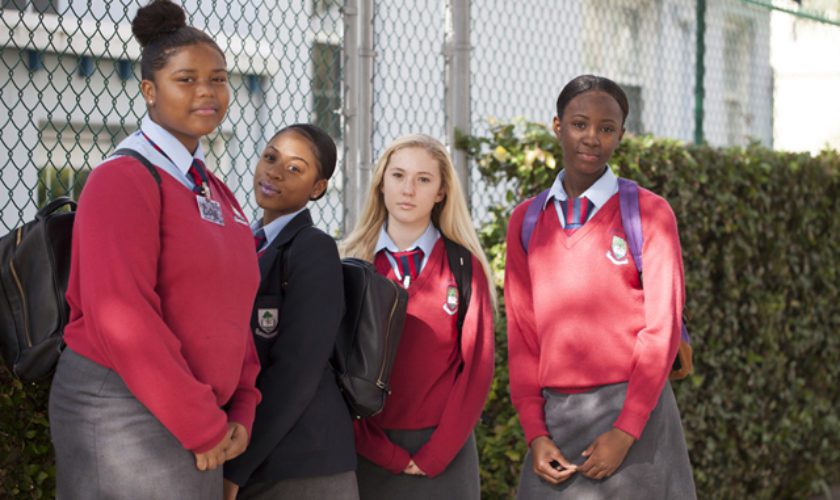 Spending your days peddling around Bermuda on a bicycle in the wintertime searching for teenagers may be a nightmare for some, but for Toronto-based Masterworks Artist in Residence Debra Friedman it was a dream come true. The award-winning photographer was on the island from January to March searching for interesting teens to photograph for her upcoming show Twelve to Twenty, Photographing Teenage in Bermuda opening on June 12 at Masterworks Museum of Bermuda Art.

Friedman’s teen portraits are a marbled mix of awkwardness and confidence in her direct, confrontational photography style. “The way I structure the portraits is really traditional in a way—very confrontational,” said Friedman. “I generally don’t direct a whole lot because I want them to pose in a way they feel comfortable. If I over-direct it gets very stiff. And because the teens are so used to the selfie thing, they will sometimes go into overdrive and superpose and do all this crazy stuff. So I try to calm that down a little bit and get them to relax.”

In order to capture their true essence and innate vulnerability, Friedman never uses one word in particular—the ubiquitous “smile”. “Richard Avedon referred to the smile as a kind of mask,” she explained. “It is an inaccessible point—you just see a huge grin. It is one thing if it is natural, comfortable. The idea that everyone has in ‘smile’ creates more of a barrier than an access point.”

In her artists statement Friedman explains her fascination with teenagers as a photography subject: “My interest lies in the eloquent uncertainty of teenagers. I find there is a vitality at this time of life—a time when you are as self-possessed and full of bravado, as you are achingly wedded to ‘the tyranny of cool.’ Young people at this juncture of their lives are working against a desire to belong and fit in that is often companioned with the need to stand out and is at the core of being teenage. My subjects are actively engaged in the act of ‘becoming.’”

The photographer found her subjects at schools and the regiment (“when you look at an image the easiest thing you are going to understand is the uniform,” she explained), in fast-food restaurants (“the perfect environment for me to photograph,” she said, laughing), on the street and in the churches.

“At the end of the day I’d find one wonderful girl who didn’t have a hair out of place and another who was all un-tucked. I was interested in how people present themselves—especially teenagers who are very aware of how they look more than ever. There were kids who had an awkwardness and kids who had a comfort level and were able to drop the filters to reveal beautiful and connected expressions.”

A big portion of the images Friedman created are of school children in uniforms as, through their inherent similarities, they can reveal a lot of the uniqueness of the subject based on the way they are presented. “I love the school uniforms and the ties that are festooned with badges, accolades and awards. In a way, it is a way to wear your successes in a very visible way. I also loved the little things like how some kids had their uniforms pristine and other kids who were just a mess—I thought it was wonderful!”

When asked about the differences between the Bermudian teenagers she encountered and those she had worked with in Toronto, Friedman noted they “seem to be on a shorter leash here.”

“I wondered if young people were rebellious and acting out a lot and, to be honest, I didn’t see it. It is out there I’m sure but I didn’t encounter it. I did see that there are so many positive ways for kids to not get into that stuff overly—sports, for example. There seem to be so many organized sports—and church. The youth groups and the youth that are involved in church were pretty major. I started to make that part of the project and went to a different church every Sunday, and Saturday sometimes, and I loved the churches. They seemed like they are really well endowed and had a lot of support in lots of ways. And people came to church dressed to the nines! It was amazing and wonderful. I loved photographing the young people at the churches.”

Overall, the photographer was impressed with the Bermudian teens she encountered and thrilled with the images she shot—about 25 of which she aims to exhibit. Twelve to Twenty will open at the Masterworks Museum of Bermuda art on Friday, June 12 and run until June 24. The museum hours are 10:00 a.m. to 4:00 p.m. Monday through Saturday and 11:00 a.m. to 4:30 p.m. on Sundays. 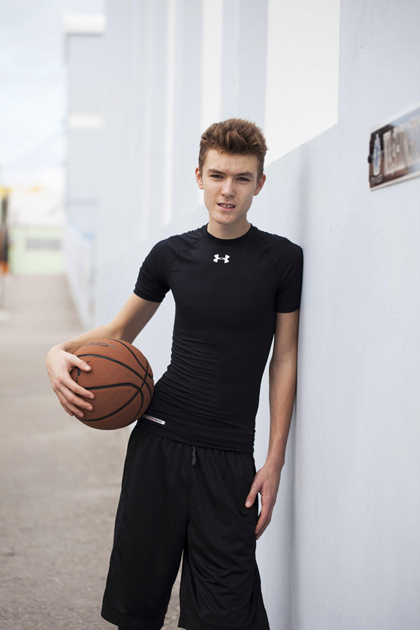 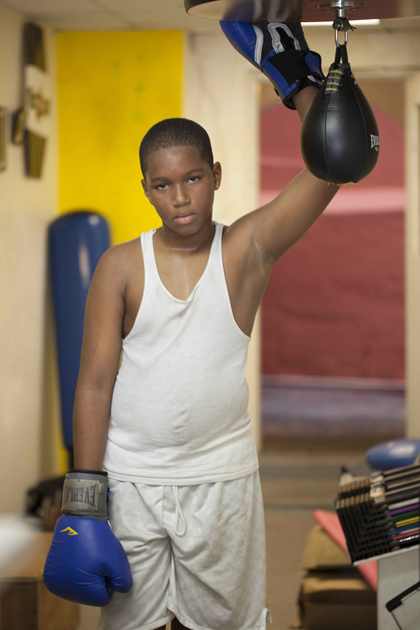