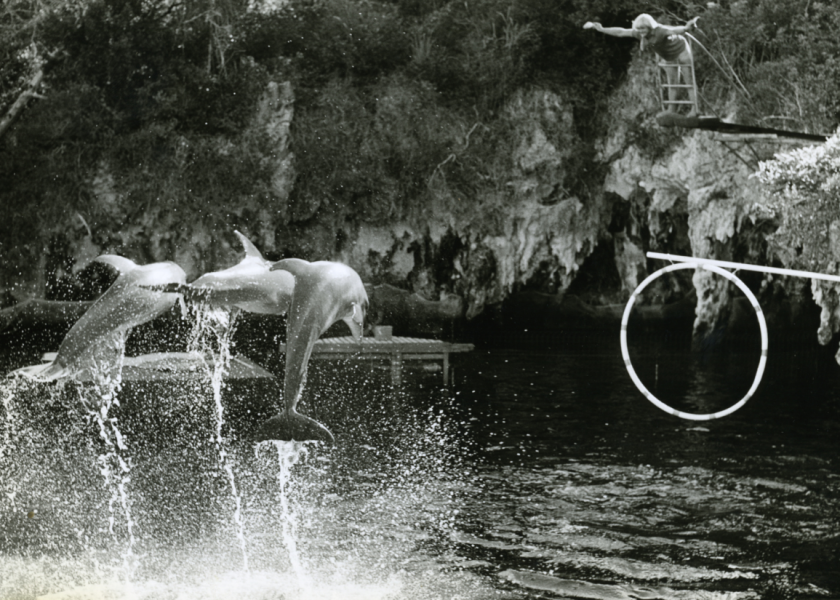 Bermuda’s wide array of fauna is integral to the islands culture and history. Since the rediscovery of the cahow in 1951, which was previously believed to have been extinct, Bermuda has built an identity around its environment and conservation efforts. This collection of vintage photography showcases locals and their intrinsic connection to the natural world.

In probably the first photograph of a cahow ever taken, Dr. Robert Cushman Murphy, Lamont Curator of Birds at the American Museum of Natural History, holds a specimen of the pigeon-sized petrel previously believed to have been extinct since 1619.

Aquarium curator James Burnett-Herkes rescues a 20 ft sperm whale which had got itself trapped in Castle Harbour.

This prize winning photo taken by local pharmacist Lawrence Gould, portrays this six-foot tarpin as ‘the hunter’, and the diver as ‘the hunted’.