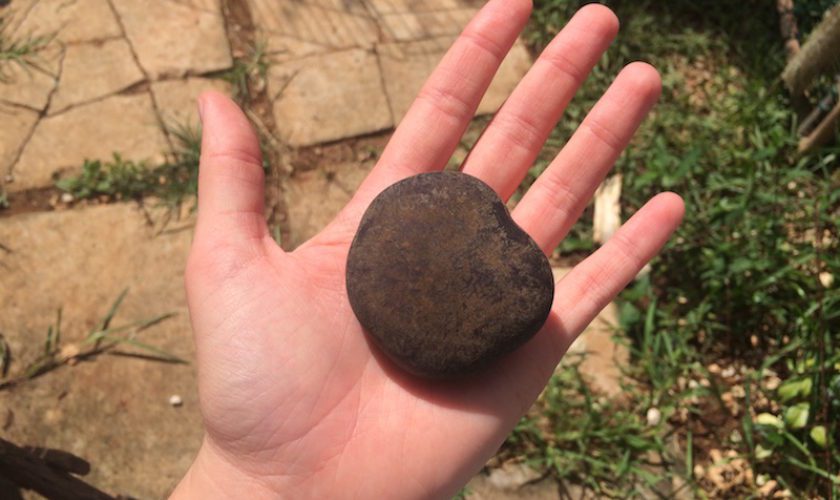 What in the World are Seabeans?

Bermuda’s shorelines hold a multitude of treasures for those who only look closely. From sand dollars, the skeletons of sea urchins that have turned brittle and white, to mermaid’s purses, the black, wiry, dried egg sacs that used to hold baby sharks, to sea glass, smoothed and whittled by the relentless tides. While beach combing, you may have come across something unusual – round and shiny, but not a shell or a stone, not sea glass, not debris, and not pollution. These peculiar objects wash up on shorelines around the world, and though they may not look it, they are in fact seeds.

Seabeans come in a multitude of shapes and sizes, ranging from as small as a fingertip to as large as one’s palm. Not originally from the sea, the seeds drop into the water and use ocean currents to disperse, colonizing new areas by washing ashore and taking root. The plants that disperse seeds via the ocean have one of the longest gestational periods, able to float for months or years before reaching a suitable shoreline. A seabean seen in Bermuda, dropped from tropical plants alongside fresh or salt waterways, could have come from as far away as the Amazon. 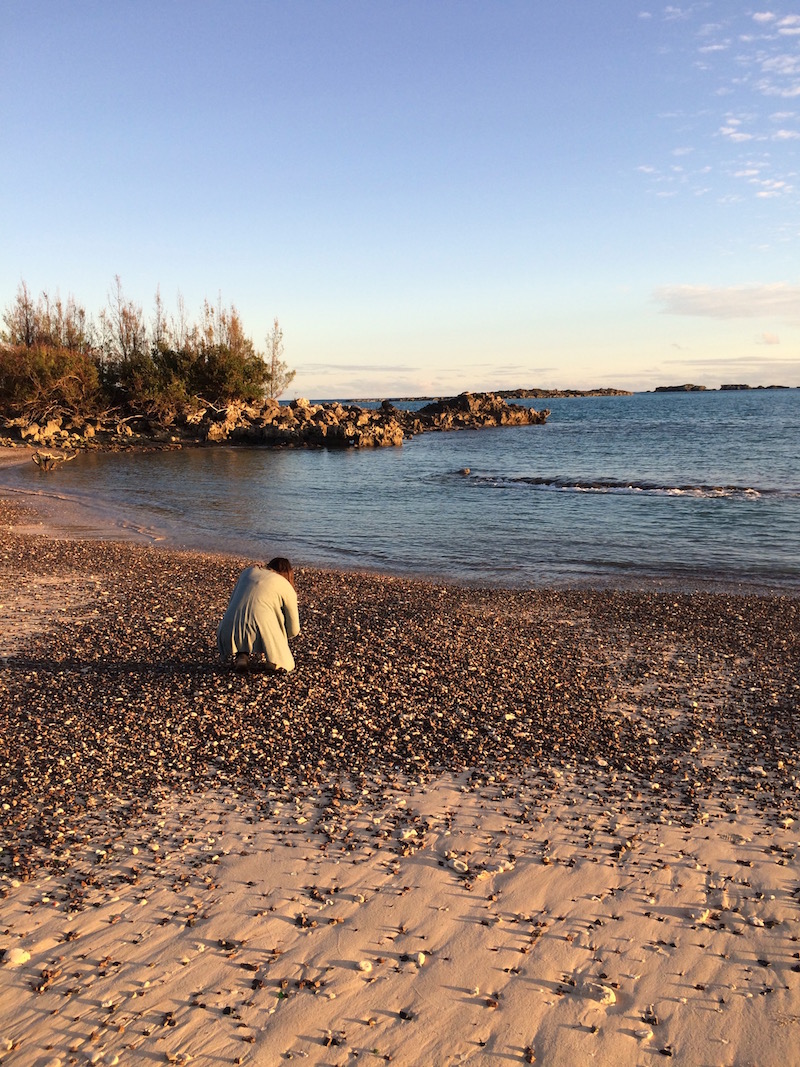 Seabeans are designed to protect the delicate seeds inside from harsh oceanic conditions, and their thick, hard, seed coats mean that they are slow to germinate. The seeds are buoyant due to tiny air pockets within. Sea beans found in Bermuda could grow into various species of palm, vine or legume, and many native coastal Bermudian plants likely arrived this way.

A seabean that almost every Bermudian has likely seen are the long, finger-like propagules of the red mangrove. These seeds can be seen hanging from mangrove trees in the summer, and they drop off the plant when they reach about eight inches long. If the tide is low, the seed will spring up and germinate in the mud beneath the parent tree, and if the tide is high the seed will float out to the ocean to germinate somewhere else. Sometimes currents carry them to other Bermudian shores, but they can be carried further afield, into the West Indies or the Americas.

Seabeans can be found along Bermuda’s beaches at any time of year, but extreme high tides caused by storm surges and hurricanes increase your chances of finding them. The most common sea bean varieties found on our shores are the sea heart, the sea purse, the hamburger bean, the Jamaica walnut, and the sea grape. A helpful picture guide for identifying different types of sea beans can be found here.

If you do find sea beans while beach combing, bear in mind that the seeds are alive and are still part of the ecosystem. It’s best to leave them to continue their journey towards germination, or to take them away in only small quantities.