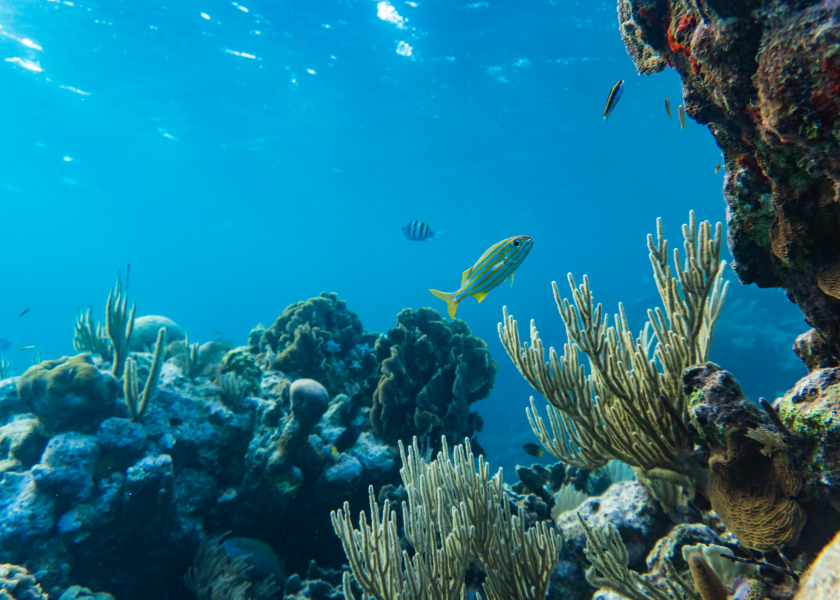 Where Have All The Fish Gone?

Two octogenarians who have spent their lives in, on and around the waters of Bermuda are out fishing on an exceptionally flat winter’s day. Long-term friends, they both lived through the Second World War—Donald Canton as a merchant marine and Teddy Tucker who served in both Europe and the Pacific, after which he became Bermuda’s best known maritime icon, recognised and respected worldwide in the international maritime community of divers and ocean scientists.

These two elders have real experience and real history—long history. The boat, a 40-foot Young Brothers hull designed for hauling shrimp in Florida, is at a standstill just off the northern edge of the channel where they have stopped to clean fish.

Donald, the oldest by six months at 87, is at the stern slipping the knife from gut to gill of small coneys. He expertly peels rack from flesh and flesh from orange sunset skin in the slow, practised manoeuvre of the truly experienced fisherman. He drops the rack and skins over the low gunnels into the water literally at his feet.

The skins gently slip under the flat surface with a momentary pause of winter-fat-driven buoyancy and then drift sideways, turning before reaching the bottom. They come to rest on a clean rock surface adjacent to sand and rimmed by a few yellow brain corals, purple sea fans and orange sponges. The predominant colour is brown algae so the skins, in their sunset orange, lie on the bottom like beacons.

A goby the size of my thumb breaks camouflage to investigate followed by a few cleaner wrasses. Small, yellow, darting. I turn to speak to Teddy about his day of fishing that has ended with a slow return from Sally Tucker’s, a fishing ground seven miles to the southwest. He speaks, not for the first time this winter, of curiously murky or “thick” water past the breakers with no deep sand holes visible. This is not just atypical for a calm day on Bermuda winter water when it is generally clear down to 60 feet, but unheard of in his long experience. We speculate at what larger-scale environmental changes or unknown causes might be at work. I listen attentively because no amount of science or measuring can replicate the “in the field” fisherman-naturalist’s long eye view on nature, the 24-hour experiential analyst.

As I look at the collection of racks, skins and small fish heads settling haphazardly on the bottom six feet below, I find myself asking the most obvious of questions: “Where are all the fish? Shouldn’t there be more fish coming to eat those?”

I turn to Donald, a taciturn elderly rebel, and ask him, “Was it always like this? What was it like before? What would we have seen 40, 70 years ago?”

He goes inward just for a fraction before beginning to list: “Arriving immediately there would have been a couple of small snappers and a red hind and then quickly after that at least two to six large snappers, ‘grey dogs’—good-sized ones—and within seconds of them a few bream, for sure, and scores of smaller fish, grunts, so on. Then within minutes at least two or three small shark would arrive on the scene, and around them or just before them, there would be at least one medium-sized rockfish and then another, a different kind, coming to steal his piece. Racks would not reach the bottom, never mind lay there.”

In short, there is today, in comparison, very little aquatic activity. Not even a fraction of what he lists, and no sharks at all. Snappers—big ones—may show up later this evening. Right now, however, zero—no grunts, no bream, no rockfish, no hinds—nothing. 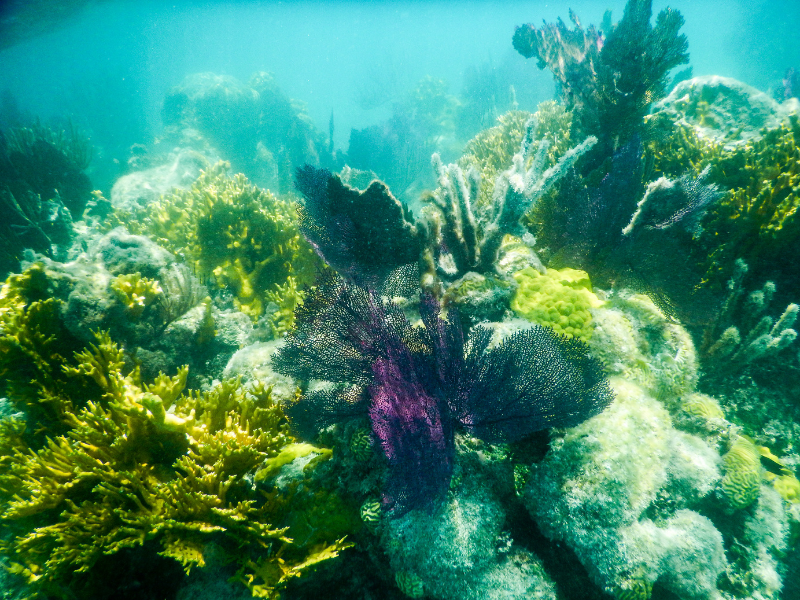 “It was not always like this.” Donald goes on to say that 40 years ago Louis Mowbry, Sr., from the Aquarium told him that in 10 years we would all be eating bream. “And he was right!”

So to some it was clear where we were headed, even back then. I ask the age-old question as he filets one more coney: “What do you think we should do?”

He answers with an oddly calm resignation, “The only thing we can do—stop fishing. Take one place, one part of Bermuda, and make it a place where no one can take anything. From the shore all the way out past the edge and off into the ocean. Take nothing at all from one part and make it big enough. But they won’t bother doing it!”

I am shocked. Actually, depressed at the dramatic and fearsome decline in our fishery, what it portends for the future and what it says about us, our lack of foresight, self-control and perhaps hope. Shocked, too, because from this resigned, taciturn, iconoclastic, deeply independent, experienced and rightfully skeptical man comes the one solution that I would have assumed he and people like him would regard as the most egregious imposition on his rights—a “no fishing” area in a portion of the waters around Bermuda.

This opinion, as it turns out, isn’t new for this bunch; they have been saying it for half a century.

Teddy says that he and other fishermen recommended “no fishing” areas over 30 years ago when the deep-water snapper was commercially fished out from Bermuda’s edge in the 190- to 220-foot zone.

“The United Nations came and ‘taught’ us Bermudians to expand our fishery at this depth, this band of the seamount, the deep-water edge,” he explained. “That snapper only lives in that habitat. His home is like a pencil line on the chart around Bermuda. He can only be found there. At the time, there were only a few fishermen who could find the edge in a couple of places; we used to put down lines with three hooks and catch what was needed. The UN arrived and taught us to use fathometers to find and fish that part of the edge with large electric reels equipped with 30 to 4O hooks.” 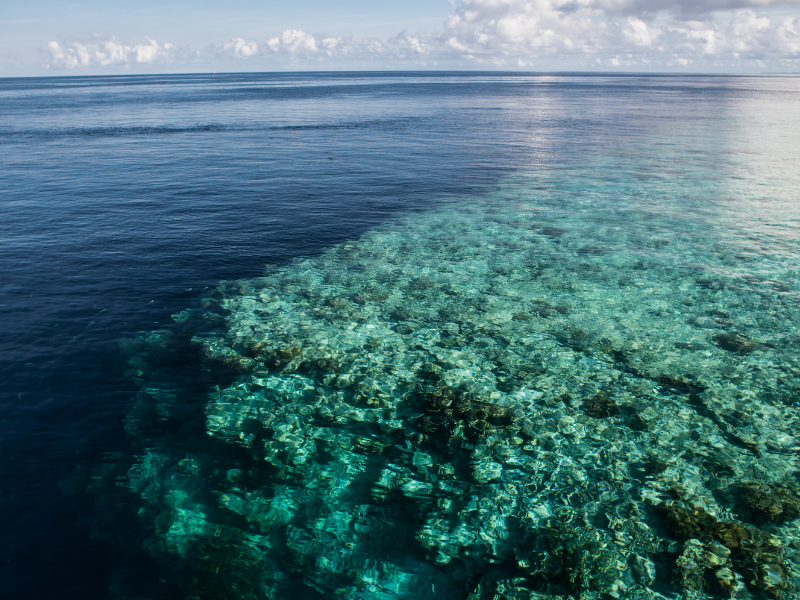 Teddy looks up from the line he is untangling, shaking his head. “Within three years those snapper were commercially fished out, kaput. Many fishermen saw what was coming and suggested that a large area at that depth on the south shore be set aside so the fish could be left to replenish themselves. But they didn’t listen.”

There is a thoughtful pause, then he imperceptibly looks up from his task, both eyes light up from the low angle of the sun and he asks me a question, “You know the hind ground?”

And I ask myself, “From grouper, to hinds, to coneys, to what?”

This is difficult to take in. I am, at heart, an optimistic person. In my own lifetime I have witnessed decline and, happily, what I perceive to be a few hard-won improvements in Bermuda’s fishery. What I learned today is that I have no idea of what it was like 40 or 70 years ago. The “baselines” have shifted dramatically, and because our own experience is limited by the span of our lifetime, we are trying to maintain what we have without knowing what we are missing. With each generation the downward shift takes us further away from the knowledge of what an actual healthy, sustainable ecosystem looks like. It is possible that even with the positive steps Bermuda has taken, such as banning fish pots, protecting spawning aggregations for certain commercial species as well as size, and seasonal limits in our lobster fishery, that the recovery we are aiming for and think we see in some sectors is still far below the actual restoration needed to sustain a yield over years, decades, generations. 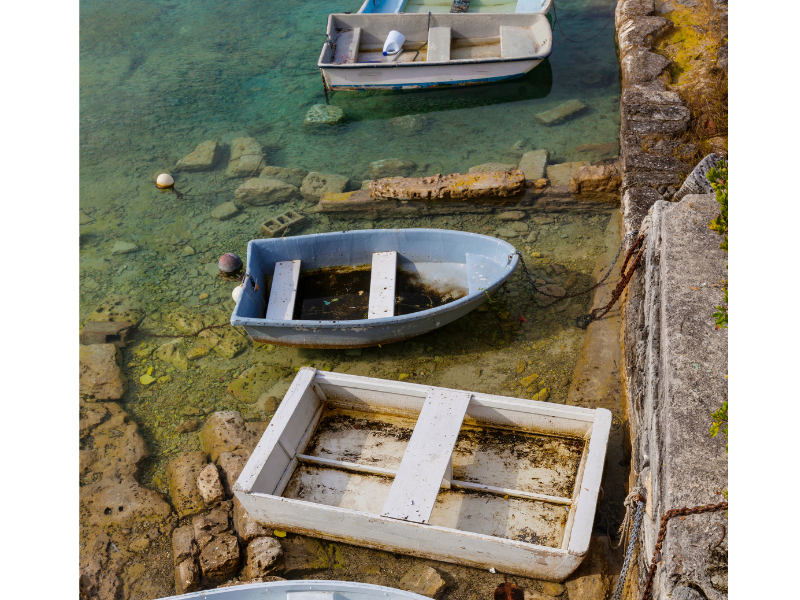 For many people the obvious question, when faced with a story like this, is what hope is there for correcting this situation and getting things right?

This group of fishermen is fond of saying that at their age the best fishing day is the one you are alive to experience. And so I am struck that as he finishes “the best fishing day ever,” Donald proposes a solution that would potentially see his favourite fishing spot become a “no fishing” area beyond his reach.

If this group of ocean experts, with all they have seen, experienced and know, bothers to make a suggestion that might work, then it hints that they have not resigned themselves entirely to the total and inevitable decline they have witnessed over the course of their lives. This suggests to me that there might be some hope.

So while we are gambling that we have the wisdom to do something to address these declines, let us also hope that it can actually be extensive enough to pull us back into alignment with the basic principles of reproduction: life on the reef and in the ocean that surrounds it needs, at a fundamental level, to be left to itself.

We have to leave enough of “something” out there that is doing that wonderful dance with “something else” out there; otherwise we will end up with nothing out there. It is as simple as that.

Yeats said, “Things reveal themselves in passing away,” but perhaps out there below the water we have missed it.

If these elders can see it, if they can call for it, I believe that there is no one that can argue against it. There can be no rational reason for not pursuing a dramatic and meaningful solution: to do nothing in one special, set-aside place and let nature restore itself.

And so we come back to the end of a perfect January fishing day—coney skins lying unmolested like orange stoplights on the bottom six feet below. Will we keep going as we are or change direction?  Will we bother? I have hope that we will.