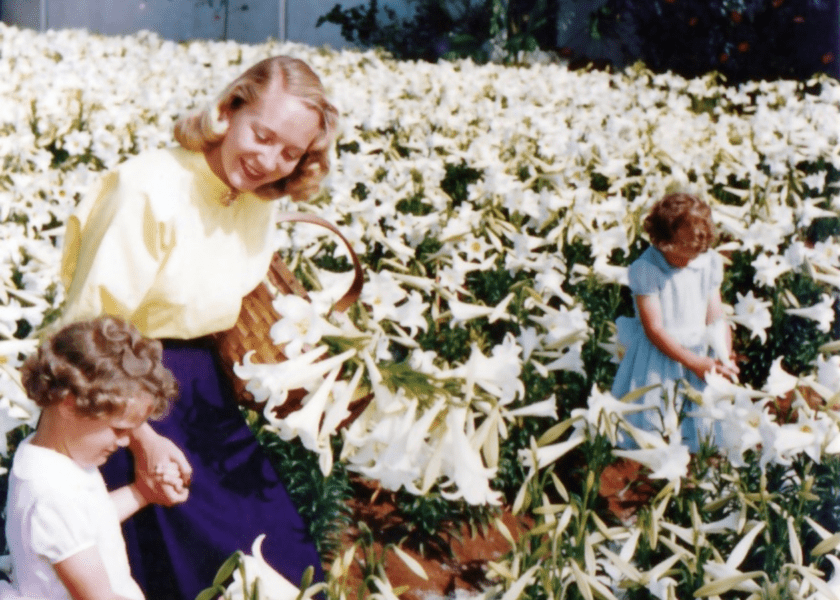 An Ode to the Easter Lily

Since its accidental introduction to the island in the mid-nineteenth century, the Easter lily has been synonymous with springtime in Bermuda. And while no one can deny its pleasing aesthetic, the plant’s real value to the island is measured in the economic boost its exportation from our shores provided. Here we explore the culture and business of the Bermuda Easter lily.

Dr Bettelheim couldn’t possibly have known how impactful his contribution to the island of Bermuda ultimately was. His gift of a few bulbs was both the foundation of a whole industry and a magnificent contribution to our springtime culture. Bermuda came to be known as the “Easter Isle” thanks to the blooming lily fields and to this day a bouquet of Bermuda Easter lilies is presented annually to Her Majesty the Queen.

While the flowers bloomed in spring, the bulbs weren’t harvested until the summer months when they were dug up, packed in dry sand and shipped to the United States where they were potted and grown again by American florists. Between 1939 and 1945, during the height of Bermuda’s lily industry, farmers exported a total of 4,118,800 bulbs, helping to sustain themselves and the island during the Second World War.

Once all the flowers are gone you can plant your lily bulb outdoors. Make sure to choose a sunny location and plant your bulb about six inches deep. Water it thoroughly and likely it will bloom again next spring and for many years to come.