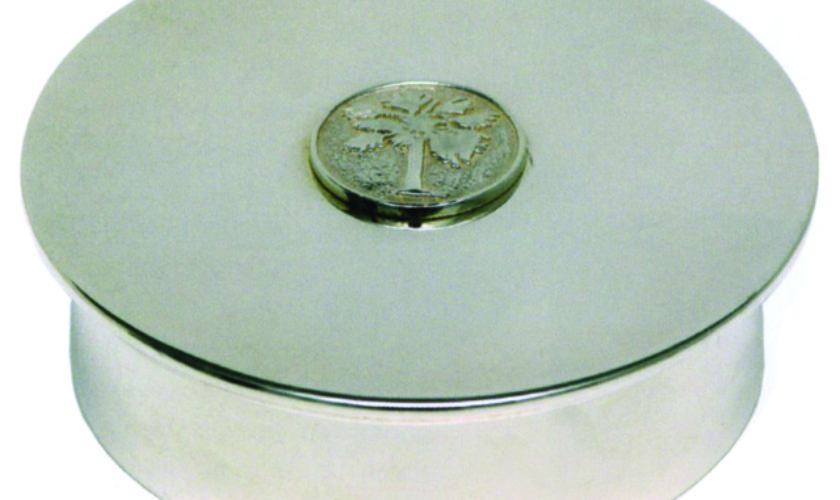 Every antique tells a story and that is particularly true of silverware made in Bermuda. Look at a graceful spoon, for example, an elegant tankard or a beautifully crafted teapot, and questions immediately come to mind. Who was the silversmith? Where did he come from? Which Bermudian family commissioned him to make the piece and why? Where on such a remote island did he acquire the silver metal to craft it?

As Hugh Davidson, chair of both the Bermuda National Trust’s Collections and Advisory Committee and the Museums Committee, so rightly points out, we would not be able to answer any of these questions were it not for Mrs Allen Smith who, using notes of her mother’s (Mrs Henry Smith) published her work “Bermuda Silversmiths and Their Silver” in two issues of the Bermuda Historical Quarterly in 1945. Reprinted in 1971 in Bryden Hyde’s Bermuda’s Antique Furniture and Silver, her work is an essential starting point for anyone interested in Bermudian silver. She explains that old wills reveal the first silver arrived with the early settlers, with “fflaggon-pots,” tankards and silver “boules” being mentioned. And indeed surveyor Richard Norwood’s will of 1675 records that he possessed “60 ounces three quarters and half a quarter of English Plate” worth £15 4s 1½d. (The word “plate” comes from the Spanish word plata, meaning silver. It does not refer to the process of silver plating.) No silver brought by the early settlers survives—it was probably melted down to make other items. In the early years Bermudians appropriated silver from Spanish shipwrecks. Then, as they took to the seas and to privateering, they often looted silver from ships. Davidson explains that the war between France and England was lucrative to British privateers since it gave them licence to seize French ships. They would loot broken silver, lumps and bars as well as silver flatware, buckles and jewellery and sell them on their return to Bermuda.

Mid-seventeenth-century silversmiths began to ply their trade in Bermuda. As Smith points out, “It is remarkable that in this small place with a population, which up to the middle of the nineteenth century (when factory-made silver was unobtainable) was never more than 11,000, there were to be found such a large number of silver workers and enough trade to give them a living.” According to the Bermuda National Trust’s Held in Trust, between 1650 and 1900 some 38 silversmiths worked in Bermuda out of which 12 were born on the island. Knowledge about them increased once printer Joseph Stockdale arrived from England in 1784 to publish Bermuda’s first newspaper, the Bermuda Gazette. Advertisements started to appear and from them we can ascertain who the smiths were and what silver they were offering. Forks were quite rare. By far the most numerous items were spoons and ladles in all shapes and sizes. Perhaps Bermudian ate more stews and soups so that forks weren’t necessary. Smith describes one soup ladle in her possession that “holds just 6 oz of liquid!” and goes on to say, “They are all lovely and blessed are they who own and use them.”   Some of the spoons that have survived are damaged—the top edge of the bowl being lopped off. We can infer therefore that the silver is soft. According to historian and writer John Cox, damage occurred because people would open tins with their spoons. The handles of the spoons varied in design with some being rounded, some fiddle-backed and others coffin-shaped. As Cox points out, it’s a sad irony that silversmith Joseph Gwynn, who owned the Casino on Water Street in St. George’s, made coffin spoons. He was hanged in 1826, by an executioner bizarrely dressed as a woman, for having killed Henry Folger, mistakenly thinking Folger was the magistrate responsible for imprisoning his son. He was the only silversmith here to mark some of his spoons with “BERMUDA” as well as with his initials.

George Hutchings, an ancestor of The Bermudian magazine’s publisher and editor, Tina Stevenson, is the best known and most prolific silversmith, whose work Smith says was “of a high order.” It is known that in 1816 a Captain William Cox who earned £15 a month trading salt paid Hutchings £7 6s for six of his tablespoons engraved “WMAC” for William and his wife, Mary Ann Cox. Maybe he bought them to please his wife, but collecting silverware was also a means of saving because in hard times it could be sold at an established price.

Some silversmiths in Bermuda also made decorative accessories, some of which offer interesting insights into the age. Samuel Lockwood, who came to Bermuda in 1783 as a Loyalist, for example, made shoe buckles for men and rings, as well as spoons and ladles. Peter Pallais, a contemporary of the missionary John Stephenson and with him imprisoned for his Methodist religion in 1800, made a chatelaine, a chain which the lady of the house would wear around her waist. Attached would be more chains mounted with useful household objects—keys for the food cupboards, for instance, scissors, pin cushions and thimbles. But both Hutchings and Pallais were famous for larger objects. For example, Hutchings crafted a christening basin and a large salver for his church, Christchurch, in Warwick, while Pallais  made tankards, silver dishes, “milk pots” and above all, tea pots, which to quote Smith, are all “lovely, satisfying to the eye and eminently practical for use.” It is interesting to note that originally Bermudian silver could not have been accepted as silver in Britain since it never had the obligatory hallmark indicating the purity of the silver. Davidson explains that Bermudian silver has never been analysed for its purity. However it has high rarity value. A Bermuda-made silver teapot today, he says, “would fetch over $60,000 in an auction compared to between £1,500 and £2,000 for a British eighteenth-century teapot of which there are plenty.” In fact, as John Cox recounts, in the 1990s a Bermudian was sorting her late mother’s estate when she found a grimy, encrusted tankard. After polishing it, she realised it was Bermudian—it had a Bermudian family’s monogram on it—and sent it to Sotheby’s for auction. It fetched thousands. Two years ago, a 300-year-old tankard made in Bermuda by Thomas Savage sold in the US for $62,000.

The demand for silverware faded in the nineteenth century as Bermudian fortunes declined, thanks to the coming of steamships which made the island’s schooners redundant. It’s a shame that as Davidson says no tools have survived to tell the tale. However, Bermudian silver can still be found for sale at local auctions. For those interested in viewing silver rather than collecting it, the Bermuda Historical Society Museum on Queen Street in Hamilton has an excellent collection on display. Silver can also be seen in the St. George’s Historical Society and Museum on Kent Street, St. George’s, as well as at the Bermuda National Trust properties, Verdmont in Smith’s Parish and the Tucker House Museum on Water Street, St. George’s.