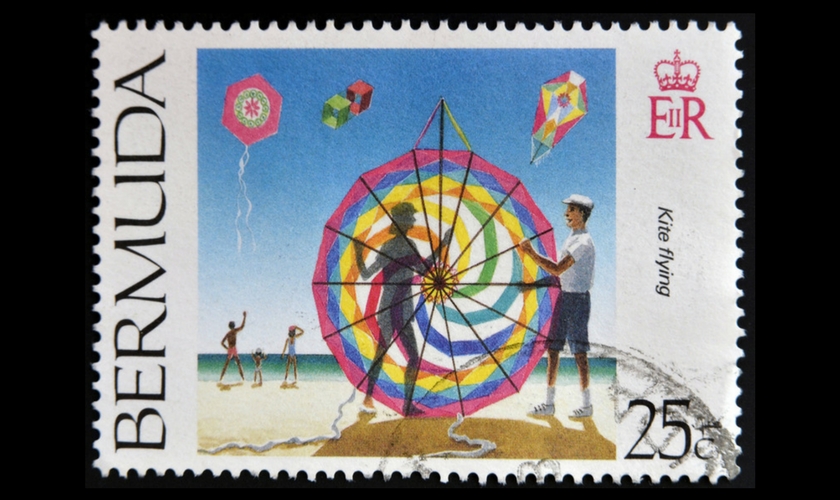 There are not many things that categorically identify as Bermudian. One of them is the Bermuda kite. While stringing together pine sticks and tissue paper is hardly unique to our shores, there is a craftsmanship, aesthetic and measure of success that distinguishes a Bermuda kite. Put one in a line-up and it is instantly recognisable.

Why? Because it is a carefully crafted cultural icon whose traditions are slightly esoteric and passed down through generations via oral history.

Successful kitemakers did not learn their methods from a book, or on Youtube, they have walked a path, mired in failed colour combinations, splintered fingers, wrinkled patches and silent hummers.

They have braved peer review and trial by sky. The latter being where the most serious questions are asked of the kite and its maker.

Does a pattern, admired on the ground, retain its lustre in the air?
Was the string angled correctly for the prevailing conditions?
Does the kite have enough tail?
And, perhaps most importantly…
Is it loud enough?

There are trees to be climbed, neighbours’ yards to be explored, ripped patches to be repaired and tangles to be, well, untangled. As much is learned from pulling a kite down as putting one up and if the string is not wound properly glances will be cast askew.

Making and flying a kite requires effort, commitment, confidence and humility. But the reward is undoubted. Seeing a kite, your kite, dance before the heavens is one of life’s uniquely rewarding experiences – the pull of the string, the whine of the hummers, the sway of the tail and the wonder of, ‘I did that…’. If the inner child needs an annual outing, Good Friday is it. The first kite in Bermuda was said to be flown by a Sunday School teacher demonstrating Christ’s ascension, well, it is certainly an uplifting experience.

So what is a newcomer to do, in the absence of a lifetime of cultural inheritance? A good starting point is to grasp the key elements of the kite and its flight, and find a willing instructor, of which there is no shortage in Bermudians.

The Styles
A traditional Bermuda kite is a narrow hexagon formed by joining three pine sticks at the centre (although there is version where they are joined just below centre). In a slight variation, a Roundy is created with either four or five sticks to produce an octagon or decagon. Roundies tend to be more temperamental and pull exponentially harder than their additional surface area would suggest. Size does not matter, with minuscule toothpick kites admired as much as thirty-foot monsters, the only question is, “will it fly?”

The Headstick, the Bender and the Hummers.
A Bermuda kite is not flat, nor quiet. Both of these characteristics are created by the Headstick, which is attached at the centre of the kite and extends up and beyond the outline of the kite.

The Bender, a flexible, curved, piece of bamboo (or wire), is placed behind the Headstick so that it angles away from the body of the kite.

String is tied, tightly, over the top and behind the Headstick. To this string narrow strips of paper, the Hummers, are glued. When cut and attached properly, the Hummers vibrate to create the distinctive whine of a Bermuda kite. Loud and high-pitched kites are valued, perhaps even more so than pretty ones.

Somerset kitemakers have a tradition of building the loudest kites in the land and the secret of the Hummer is the most guarded in kitemaking.

Stringing and Papering
The individuality of a kite is expressed in the design or pattern of the coloured tissue paper. Both on the ground and in the air, Bermuda kites can be exquisite, reminiscent of stained glass windows. ’Stringing’ the kite is akin to drawing the outline of the pattern, while ‘papering’ is colouring the pattern in. Bermudians tend to go with spiral or repeating patterns, expressed in combinations of small and large triangles and rectangles. It is possible to create actual graphic images, but they might, without being rude, indicate that the designer was not Bermudian.

Papering methods vary, but in general, the paper is laid on top of the kite and fingers are run along the strings, and sticks, to create the outline of each ‘patch’. Patches are then cut slightly larger than the section so that they overlap along the strings.
Precision is the key to papering. Peer review will take into account the straightness of the cuts and the tightness of the patches. The wind will reveal whether the patches were glued properly. And it is only when the kite flies that the design can be fully evaluated. Some patterns do not translate well in the sky. For example, light colours on the outside of a design can make the kite look unbalanced in the air.

The Loop and the Tail
There are two main engineering elements that allow a kite to take flight.

The Loop is a string harness attached to the front of the kite that sets the angle of the kite to the wind. The Tail is made of strips of bed sheets tied together and attached to the bottom of the kite to keep it upright. They can both be complicated in their simplicity, but suffice to say that if a kite won’t go up, spirals violently or breaks free, peer review will conclude that either the Loop is wrong, there is too much or too little tail, or both!

The Pitch
As for actually flying the kite, Bermudians will not be seen running all over a field dragging a kite behind them, that is not in the culture. Instead there will be two people standing at either end of a field, carefully surveying the tree tops, silently communicating along a taut string. When the breeze hits, a simple nod says, ‘pitch it’ and the kite ascends, whining against the wind and dancing to the skies.

The instinct is to pull and keep pulling but that is usually the opposite of what is required. Instead a chorus from the peer review will provide the correct instruction, ‘soak her now!’