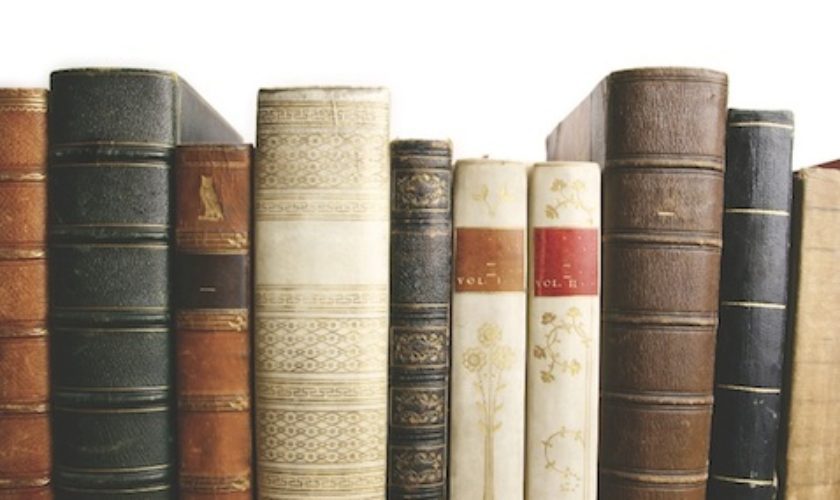 The Consummate Bermudian: The Book Collector

From codfish and cocktails, shorts and sports to books and birds and arts and architecture, here is our guide to living the life and having the style and substance of the consummate Bermudian.

Whatever their backgrounds, Bermudians share a deep love of their country and a curiosity about its past, present and future. Perhaps that is why so many are keen collectors of Bermudiana books and pamphlets. As dealer in Bermuda books, Anthony Pettit, points out, given the island’s size, an amazing amount of material has been published about every aspect of Bermuda—from history and politics to ecology and flora and fauna, from fiction and poetry to guidebooks and cookbooks, from military history to Bermuda’s maritime heritage, from art and music to antique silver and furniture.

What are the key out-of-print or limited-edition titles a collector of Bermudiana publications should have? Of course the answer to that question depends on the reason for collecting. Rarity may be one reason, investment value another. Some collections are restricted to a specific area of interest, but whatever the reason, Bermuda in Print: A Guide to the Printed Literature on Bermuda by A.C. Hollis Hallett is a must. Both Pettit and book collector Horst Augustinovic, also known for his passion for philately and his extensive collection of stamps, agree they would not be without this volume. The list of titles included ends in 1995; however, a sequel is in the works. Retired American engineer, Philip Ashton, whose assistance Hallett recognised in his introduction to Bermuda in Print, has made it his life’s work to record the title of absolutely everything in print about Bermuda, including papers, journals and theatre programmes. Ashton’s cutoff point will be about 2010 so this book will be enormously helpful for collectors now and in the future.

Dr. Jolene Bean, Professor of History at Bermuda College, also enjoys books in the “Hollis Hallett collection.” As a genealogist and family historian, she particularly values Nineteenth Century Church Registers of Bermuda, indexed by A.C. Hollis Hallett, and Nineteenth Century Bermuda Wills 1835–1913, along with Bermuda Index 1784‒1914, compiled by C.F.E. Hollis Hallett. She’s also deeply interested in the contributions Bermudian women have made to Bermuda’s society. “Nellie Musson’s Mind the Onion Seed played a major role in my decision to write my dissertation on Bermudian women fighting for the right to vote, “ she explains. Another book she treasures for its associations as well as its content is The History of Mary Prince, edited by Moira Ferguson. “This book brings back fond memories of E.P. Thompson, author of The Making of the English Working Class. Thompson was a visiting professor at Queen’s University in Canada, and it was he who introduced me to The History of Mary Prince. This is definitely one of my favourite books, and it’s a must-read for history students at Bermuda College.” Second Class Citizens; First Class Men made her finally understand why her former teacher at The Berkeley Institute, Dr. Eva Hodgson, is so passionate about black history.

Dr. Kenneth Robinson’s Heritage is a must-have for historians and for readers interested in black history. For Meredith Ebbin, former editor of The Bermudian, it’s especially useful for research for her on-line biographical index www.bermudabiographies.bm. Published in 1962 it was one of the first (if not the first) compilations of the activities of black Bermudians during the pre- and post-Emancipation era. Cyril O. Packwood’s Chained on the Rock (1975) is another invaluable resource. As book lover Jennifer Waelzholz, former reference and bibliographic instruction librarian at Bermuda College, says, “This was the first comprehensive book on local slavery. It described the many trades which the enslaved population mastered, and it gave valuable insights into the interdependence between the slaves and their masters.” She also appreciates E.A. McCallan’s Life on Old St. David’s Bermuda, as well as many other titles.

Dr. Clarence Maxwell, historian and currently assistant professor of Latin American and Caribbean Studies at Millersville University in the U.S., feels strongly that all collections of Bermuda books are valuable to the national heritage. He appreciates very old books because they detail experiences not usually chronicled. Chained on the Rock is, relatively, not that old but it is a reference for his work which he uses frequently. Henry C. Wilkinson’s histories of Bermuda are popular for collectors, too. Says Bean, “Whenever I pick up this book [Bermuda in the Old Empire] I’m reminded there are two sides to every story and this is just one of the sides. It’s also useful because it’s one of the few secondary sources covering that period.”

Not all interesting accounts of Bermuda were written by established academics. Bermudian William Zuill’s Bermuda Journey: A Leisurely Guidebook, first published in 1946, not only takes readers around what were Bermuda’s best sights at the time but also gives them excerpts from Bermudian oral history and lore often unattainable anywhere else. For writers about Bermuda it’s an invaluable resource. Other earlier guidebooks to Bermuda first published in the nineteenth century, such as Beautiful Bermuda by Euphemia Bell and Bushell’s Picturesque Bermuda, as well as written accounts by visitors can offer interesting, even fascinating, insights into Bermuda’s past and remind us that today’s Bermuda guidebooks will one day become historical references. One very rare title is Sketches of Bermuda by Susette Harriet Lloyd, published in 1835. She spent over a year as a guest of Bishop Spencer and wrote letters to her friends and family recounting her experiences. It’s prized by Mike Jones, former bookseller and collector, who says, “Every book distills something of its author’s personality and with this book we share the thoughts and personality, prejudices and preoccupations of an earnest abolitionist and missionary lady of one hundred and seventy years ago.”

He also prizes another rare book, Bermuda: A Colony, a Fortress and a Prison by Ferdinand Whittingham, a colonel in the 26th Highland Regiment at Dockyard in 1857, because it reveals another colonial personality. “Arrogant, pretentious, snobby, supercilious and a bit of a brawler, he’s a bundle of British Empire fuelled testosterone.” Both titles are available in on-demand printed copy, but all collectors mentioned agree with Augustinovic that the quality of print and illustration can never match the original.

Naturally, as Pettit says, art and photography books are an excellent resource for visual glimpses of Bermuda’s past. Two important titles are Bermuda through the Camera of James B. Heyl and Mark Emmerson’s In Celebration of Bermuda’s 400th Anniversary.

Literary novels about or set in Bermuda are few and therefore sought after. Dr. Kim Dismont-Robinson, Folklife Officer for the Bermuda government, values her Brian Burland collection “because of who he was and what he represents as the first significant Bermudian writer of fiction.” Ebbin also appreciates Burland’s novels, especially his The Sailor and the Fox, and admires his fortitude as a member of a white Bermudian family for revealing in his fiction the racial discrimination of his time.

Ebbin, Bean and Waelzholz would all love a copy of The Painted Lily, a novel by Amy J. Baker published in the U.K. in 1921. As Bean says, it “offers insight into the challenges facing racially mixed families, in Bermuda (from a historical perspective), and the opportunities available to those who passed for white.”

Perhaps this book would have become rare eventually anyway, but in Bermuda members of the white community were so upset by its subject matter they bought up all the
copies for sale. No doubt they took covert enjoyment in reading them. Today, there is one original copy available in the Bermuda National Library and one photocopy in the Bermuda College Library.

And what of out-of-print books focused on Bermuda’s flora and fauna? Many of the guidebooks and journals already mentioned include valuable information, but Nathaniel Lord Britton’s Flora of Bermuda was definitive, while Jill Collett’s Bermuda: Her Plants and Gardens 1609–1850 is an invaluable reference tool for herbal remedies and information about when various plants were introduced to the island.

Below we offer a list of additional useful Bermuda titles covering a range of subjects that are either still in print or readily available secondhand locally or online.

Another World: Bermuda and the Rise of Modern Tourism by Duncan McDowell 1999

Hall of History: Bermuda’s Story in Art illustrated by Graham Foster and written by Rosemary Jones

I Wish I Could Tell You: Bermuda Anthology of Children’s Literature and Young Adult Stories edited by Lynn Joseph

Island Thyme: Tastes and Traditions of Bermuda by The Bermuda Junior Service League 2005

Nothin’ but a Pond Dog by Llewellyn Emery 1996