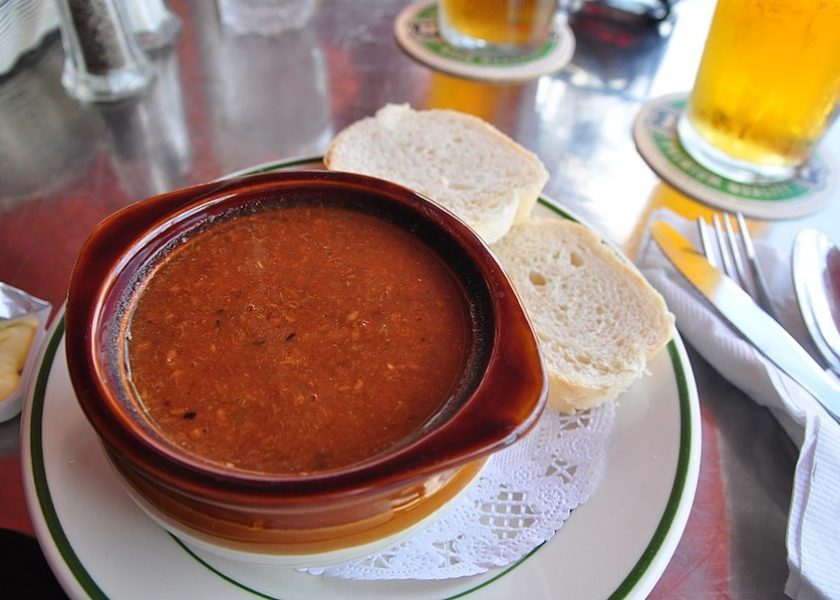 4 of the Best Places to Enjoy Bermuda Fish Chowder

Much like a codfish breakfast, one cannot get a real taste of Bermuda without experiencing a bowl of piping hot fish chowder. Legend has it that Bermuda fish chowder is as old as Bermuda, having become a diet staple of the Sea Venture survivors who unexpectedly landed upon our shores in 1609. Although no longer essential to survival, Bermuda fish chowder is frequently referred to as our national dish, and it isn’t complete without the addition of sherry peppers and black rum. Here are 4 of the best places and people cooking up classic Bermuda Fish Chowder.

Royal Bermuda Yacht Club
Perfectly spiced with a consistency that’s neither too thick nor too watery, it’s made with love from a cherished recipe that has kept people coming back for years. While you watch the boats come sailing in, treat yourself to a bowl of the good stuff, complete with a healthy pour of Gosling’s Black Seal and Outerbridge’s Sherry Peppers. Albouy’s Point, Hamilton, 295-2214

The Lobster Pot
Taking the cake, or bowl rather, a whopping nine times for ‘Best of Bermuda’s Fish Chowder’ since the year 2000 is The Lobster Pot. Perhaps it’s their expertise in preparing seafood, or their daily order of fresh fish from local fishermen or their commitment to good, quality food; whatever it is, it’s working, and you definitely need to check this one off your list. 5 Bermudiana Road, Hamilton, 292-6898