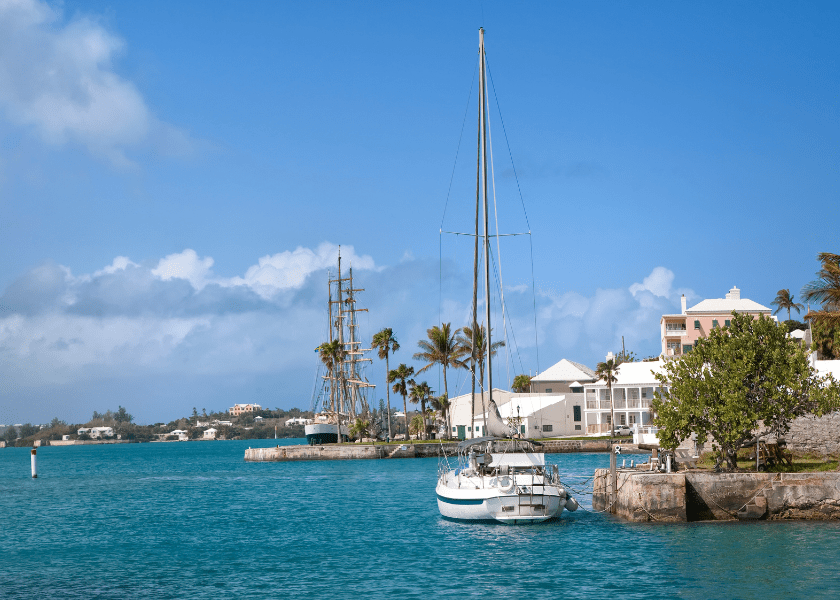 St. George’s is the oldest part of the island and has an abundance of culinary hotspots. Here is where you’ll find some of Bermuda’s best foodie gems.

Mama Angie’s – 48 York Street, 297-0959
Mama Angie’s Coffee Shop has been around seemingly forever but if you’re not a St. George’s resident, you might not know where the popular restaurant is. Housed in a small cottage on York Street, between Yo Cherry and the Bermuda Heritage Museum, Mama Angie’s serves up local favourites including mussel pies, curried goat and their award-winning fish sandwiches. For just $12 you get a sandwich piled high with local fish and all the fixings but you have to call ahead – the chefs are very particular about the fish they purchase and if they don’t get the fish they want, they don’t make the sandwich.

Sweet Saak Bakery – 16 York Street, 297-0663
Since opening its doors in the little town of St. George in 2012, Sweet Saak Bakery has enjoyed a cult following of sorts. Hungry patrons flock from all parts of the island, not minding the long drive if their sweet cravings are satisfied by warm, sticky cinnamon buns and fresh, homemade breads, scones and croissants. Owner and boss lady Kamilah Cannonier works tirelessly to bake quickly enough to keep up with the high demand, quite a feat when the whole island shows up at your doorstep, salivating and ready to devour.

Wahoo’s – 36 Water Street, 297-1307
Located just a few steps from the historic King’s Square in the heart of St. George’s, Wahoo’s Bistro & Patio boasts a bountiful selection of the best local seafood on the island. Enter the restaurant via the cobblestone side street and choose a seat inside, on the shady, covered patio or out on the harbour-view deck. True to its namesake, the restaurant offers an entire page of Wahoo dishes, from their nuggets – golden, bite-sized morsels alongside fries and a garden salad.