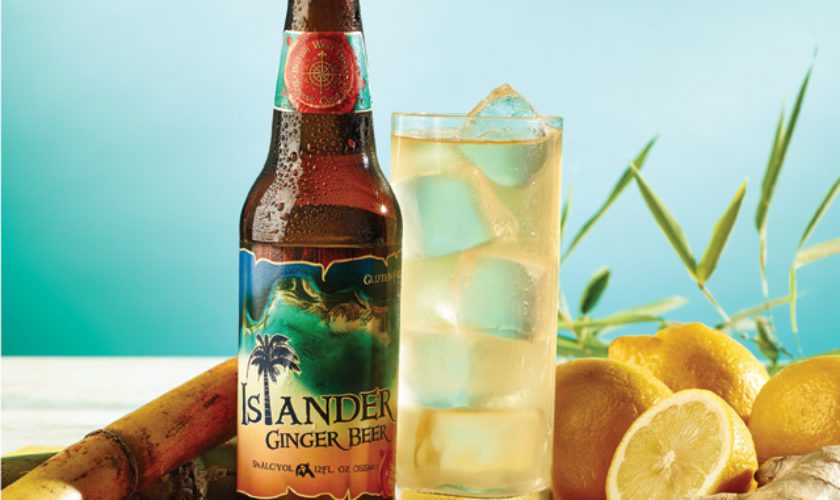 A new ginger beer has hit the market in Bermuda, but with a historical twist: it’s got booze in it.

Which is the way ginger beer was always made after the root’s introduction to the Caribbean in the sixteenth century, says Georgia Dunn, founder and CEO of Islander Ginger Beer. It wasn’t until a change in the British tax laws in 1855, she points out, that the drink became a soda people mixed with rum.

Her knowledge on the origins of ginger beer is unparalleled, and for good reason. Dunn’s family tree has ginger roots. A direct descendant of famous British explorer Thomas Harriott, who brought ginger back to Great Britain and became a leading exporter during the founding years of the United States, Dunn has extensively studied the origins of the drink — as well as her family.

“[We] were the first settlers in seventeenth-century British colonies, including Jamaica where ginger was produced for export, [and] I know that my family had been making and drinking alcoholic ginger beer for hundreds of years,” she says.

“While I was living and working in the islands, I spent time in various archives researching seventeenth-, eighteenth-, and nineteenth-century regional recipes as well as speaking with island families who made fermented ginger beer as a household staple. It is these which became the inspiration for Islander Ginger Beer.”

With such a rich history behind her, Dunn says that creating the drink has been much more a labour of love than an attempt to fill a centuries-old market gap. “The craft beer venture is much less about a consumer product and much more about the continuation of a family legacy which began over 400 years ago and lives on through this business. It is an undertaking which is built on the shoulders of giants, all of whom struggled under adverse circumstances to settle desolate, and often dangerous, parts of the world. My time and energy with this is a deeply personal journey dedicated to the memory of all those who came before me.”

“Islander Ginger Beer is a hand-crafted beverage made with all fresh ingredients in small-batch production which offers this high-quality experience. And at a deeper level, its family-inspired recipe gives the Bermudian consumer and visitors to Bermuda the opportunity to connect to the unique history of the islands through the culinary arts.”

Islander Ginger Beer is 5% alcohol and can be found at Bristol Cellars or select grocery stores island-wide.