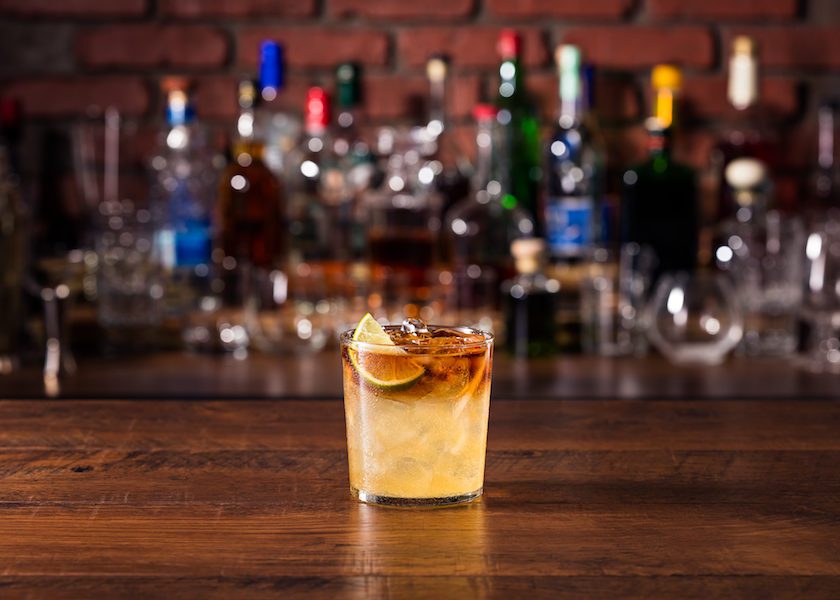 The global pandemic has scuppered many a plan this summer—among them, Goslings’ goal of entering into the Guinness Book of Records by breaking the record for the largest Dark ’n Stormy in history (a record currently and annoyingly held in Copenhagen of all places.)

The feat was supposed to coincide with the 40th anniversary of the Dark ’n Stormy’s trademark on June 9th. The giant cocktail would’ve had to exceed a thousand liters or around four thousand Dark ’n Stormy’s. But despite the setback, Andrew Holmes, Gosling’s Brand Director here in Bermuda, says he still plans on breaking the record “when the time is right.”

June 9th was officially International Dark ’n Stormy Day (Gosling’s has registered it and everything!), and as this year marks the 40th anniversary of the cocktail, Gosling’s is celebrating the milestone on June 23rd and the hopes everyone can participate in their own way digitally, or by heading out and supporting local restaurants and drinking a few Dark ’n Stormy’s (responsibly) while out.

“The Dark ’n Stormy consistently ranks as one of the top twenty most requested cocktails in the world,” says Mr. Holmes, “and we wanted to take this opportunity to thank everyone that has helped to make the cocktail so popular.  Due to the pandemic our focus has been directed to social media where we will be celebrating all day on June 23rd (follow Gosling’s Rum on Facebook and Instagram to catch the schedule.) Now that the Island has patio dining available, we encourage Bermudians to try and support our restaurant community on June 23rd.”

The Dark ’n Stormy is a global registered trademark (filed June 9, 1980) that Goslings protects as well as they can in a world where just about everyone calls rum and ginger beer by their cocktail’s name.

“The scope of the trademark includes the cocktail and food products in addition to branding and merchandise,” says Mr. Holmes. “An example would be if you wanted to make a Dark ’n Stormy BBQ sauce and sell it retail, you would need to license the product with Goslings.  We have some food products that have been licensed to carry the Dark ’n Stormy trademark, like rum cakes, ice cream, doughnuts and popsicles, to name a few. Or say, if you wanted to name your bar “The Dark ’n Stormy Bar”, you would need to come to an agreement with Gosling’s.”

But what about just mixing dark rum and ginger beer? Is there a Dark ’n Stormy Gestapo coming to knock down your door if you call it such without using the trademark-approved Goslings Black Seal Rum and Ginger Beer? Depends how adamant you are about your non-Dark ’n Stormy being a real Dark ’n Stormy!

“Some assume Goslings owns the rights to mixing Rum and Ginger Beer,” says Mr Holmes, “Which is not the case. You can mix any rum and any ginger beer, you just cannot call it a Dark ’n Stormy. Rum and ginger are a match made in heaven, but when someone is using the mark, by printing it or naming an item Dark ’n Stormy we have to take note.  If you want to mix Sailor Jerry and Ginger Ale and refer to it as Jerry’s Mule there’s no issue. But if you were to list a Dark ’n Stormy on your drink list, website or advertisement with Sailor Jerry and Ginger Ale it is a trademark infringement.  The majority of the time if you see Dark ’n Stormy listed with another rum it is due to the establishment not knowing any better.  Therefore it is our job to get out and educate the bartenders and consumers the correct way to make a Dark ’n Stormy.  There is still a lot of work to be done.”

“I get weekly messages from friends of the brand that send trademark violations from across the globe.  Many passionate individuals will also take it upon themselves to educate an establishment if they see a violation.  So many times I have heard the story; ‘I am from Bermuda, I told them that’s not a Dark ’n Stormy; this is a Dark ’n Stormy, with Goslings Rum!’
We have various distribution partners in the markets we operate.  I would forward the information to the regional team who would contact the establishment.  The majority of the time we get a correction to the cocktail list; making the drink with Goslings Black Seal Rum or changing the name of the cocktail.  Rarely do we come across an establishment that does not want to change, therefore you have to have to pick your battles.  Goslings do not have any interest in taking a bar to court.  The challenge arises when another rum brand is using the goodwill of the mark to promote their product.  This is when you involve the lawyers and protect your mark.  The first step is a cease and desist and last resort is litigation.”

Due to COVID-19, Goslings Rum have altered their original plans for Dark ‘n Stormy Day and now the celebrations will be held exclusively online. Here’s the full schedule of events and how you can join in on the fun. 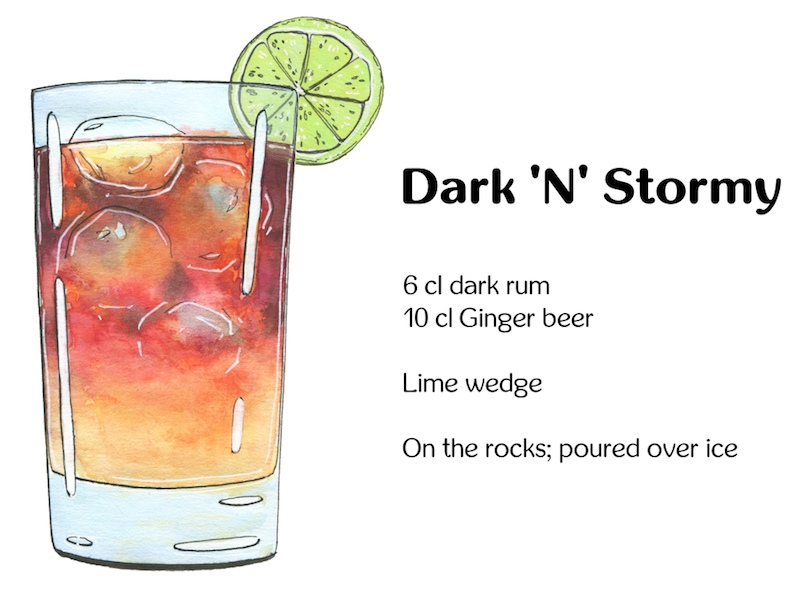 Sunday, June 21 at 5:00pm
Join Andrew Holmes of Goslings Rum and Chef Jaelen Steede of BermyEats for “Cocktail and Canapés” on The Bermudian’s Instagram Live! Andrew will mixing variations of the Dark ’n Stormy and Chef Jaelen will be making canapés inspired by the cocktail.

Monday, June 22 at 7:00pm
Celebrate the 40th anniversary of the Dark ’n Stormy trademark with us on The Bermudian’s Instagram Live! Mohawk Radio will perform while Andrew Holmes mixes Dark ’n Stormys and talks about the iconic drink.

Tuesday, June 23 ALL DAY
Learn about the history of Goslings with Ambrose Goslings  – 10:30am to 10:35am on Facebook

The making of the Dark ‘n Stormy Cronut with Chef James at Rosedon – 5:30pm to 5:45pm on Instagram